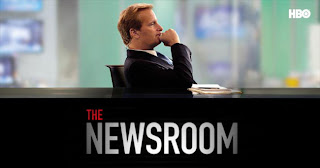 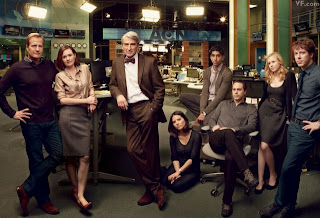 I love this new series and yay! It's been picked up for a second season. I think Jeff Daniels is so good. He's always been a great actor but here he gets to really work. Remember how he reacted when he was in the movie Speed how he looked when he knew the bomber Dennis Hopper had trapped him and he was about to die in a second. The look on his face was such mad skills. He can use them all here. He has one episode where he played baked so perfectly. This series is an ensemble drama but it is also wonderfully understatedly funny. Absolute Aaron Sorkin. (The West Wing, The American President and The Social Network).  And there are classic Aaron sorkin "walk with me" moments...this program has edge, fun, sorrow and red flag topics. 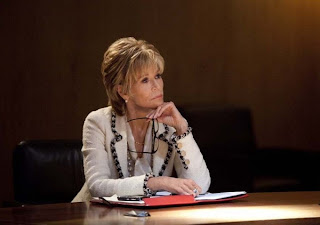 Jane Fonda has a small role as the owner of the corporate network. I am so excited she has this role and she has a lot of meat to explore with this ruthless character. I hope we see more of her next season. 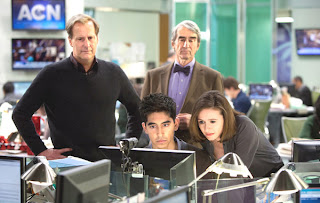 What is the attraction of Aaron Sorkins work? I know a few things and the most obvious is "the good writing" but for me it's the look at working. The insight we get to see about working, about being used so completely at one's job, mentally, physically, intellectually and the community energy of people we work with in those few jobs that exist that seem so important and relevant in our culture. Most of us, myself included, do not have "valuable, ethically important" jobs like the ones in Sorkin's set pieces but we can relate to the moments when these shows and our own jobs and lives cross over. There is a kind of wish-fullfillment aspect to watching these work environments. And The Newsroom offers such great people watching moments mixed in with very difficult compromises and accomplishments that we all feel at times in our jobs, however alienating and unimportant we might think our jobs to be.