It's Not About A Girl...THAT Song 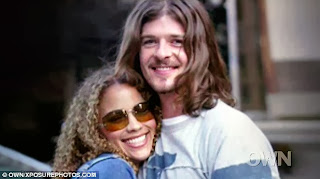 "Women have, in men's minds, such a low place on the social ladder...that it's useless to define yourself in terms of a woman. What men need is men's approval." David Mamet

I LOVE the song "Blurred Lines" by David Mamet. The song was on the radio all August and September last year, and it also got a few pop culture write-ups discussing it's lyrics as being "rapey" or sexist. The idea that the lyrics objectified women so severely and with some violent fantasies it may promote rape.

The thing is, the song is not "about women". It's actually about men bonding over discussing women. It's a kind of dozens game between men...and the lyrics are "narrated" by two men, Robin Thicke and Pharrel Williams. The narrators are tossing concepts of ideal women and sexy women back and forth and thus bonding by stating what kind of women they like...as this is a display of masculinity and good taste competing rather than objectifying the women.

many years ago during a discussion in an online book club for Cormac McCarthy a verbal kerfluffle broke out between a female and male participants. The woman was offended at the men in the group discussing what kind of women they like. For women, this was a fairly irritating activity. But one of the male participants pointed out that this activity was almost completely immune to actual women...it was a game between men bonding. I was quite surprised by this observation and practice always thinking it had been an act of lowering women and turning or using them as objects when it was actually able-bonding practices.

I have a friend who is a lesbian and mother. She said to me a couple weeks ago that she was disturbed by the song "Blurred Lines" when she hears her 8 year old daughter singing the lyrics. BUT when she is at a nightclub dancing she embraces the sexuality of the lyrics. I felt this confirmed my feeling that the song is a tribal intense male-bonding tradition rather than a form of social objectification of females by men.

The whole album when played in full is a series of wonderful love songs and many lyrics that celebrate fun and life...and hearing the highly sexual "Blurred Lines" in that context makes the whole record feel very through in portraying love.

If you asked me last spring what album I really was gonna love this past summer...I would have thought you'd lost your mind if you told me it was Robin Thicke's album. I liked it more than Justin Timberlakes! (but I like Justin Timberlakes too)

Hard to believe that some of pops dirtiest lyrics were written by that guy there with the long hippie hair! High school sweethearts who have been married for 20 years Robin Thicke and his wife. Thicke has said to people who have criticized the lyrics to Blurred Lines, that he wrote it for his wife.

Here is a song from the album which seems more suited to a classical marriage love song...

(The main part of the song, "Blurred Lines" that offends some people are these lines...)

Hustle Gang Homie
One thing I ask of you
Lemme be the one you back that ass up to
From Malibu to Paris boo
Had a bitch, but she ain't bad as you
So, hit me up when you pass through
I'll give you something big enough to tear your ass in two
Swag on 'em even when you dress casual
I mean, it's almost unbearable
In a hundred years not dare would I
Pull a Pharcyde, let you pass me by
Nothin' like your last guy, he too square for you
He don't smack that ass and pull your hair like that
So I'm just watching and waitin'
For you to salute the true big pimpin'
Not many women can refuse this pimping
I'm a nice guy, but don't get confused, this pimpin'

1)Rape Lyrics?
2) Universities ban the song
3) The most controversial song
in the decade?4) Under fire at Huff Post coverage

Hello my loved 1 ! I like to say the fact that submit is awesome, nice published and emerge along with nearly all significant infos. I'd just similar to to appear alot morecertainly an improbable and helpful bit of specificsthat you shared this handy knowledge along with us. Please stay us around day similar to this. Thank you for sharing