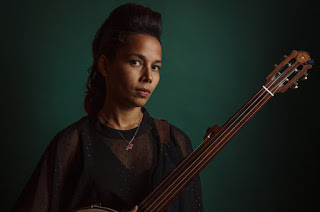 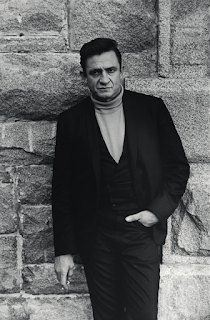 Three chords and the truth. That's country. All I can say is I cried so massively throughout the whole series which we just finished up. The series ends in the time frame of 1996....and I wondered why. There were montages of some contemporary performers like Keith Urban, Taylor Swift, Brad Paisley but no profiles. I would have liked to have another chapter and I wonder if their will be in the future. However...I couldn't help but wonder if the producers and writers wanted to wait to see how these contemporary stars continue? The most interesting people in this series for me, were the people who experienced that they needed to lock horns with what they felt was "real country" that would be the outlaws of Merle Haggard and Willie Nelson (and Waylon Jennings etc_ then into the Judds, Dwight Yokum remaining centered in the past and where they are now. Naomi Judd said something that really struck me...when she started out they didn't need a "focus group" they came from the country. So many people start out a project and they want research into their demographics...even restaurants opening ask real estate agents to do a focus group. The corporate approach to creativity is a sore point for me. You've got to live with a dialogue open to the unconsciousness....and to the past and lock horns with the people before you. You don't need no stinking medals (or focus groups) We have a "focus group" within us if we are always looking within ourselves and the world we live in. The other thing that stood out to me was the saying "don't get above your raisin". My family had this attitude too it's big in Canada..."don't get airs"...it's like the worse thing you can do in Canada is "get airs." Don't be too fancy on the hockey rink, bitches. I'm so exhausted from crying three four times every episode!!!! Stagg was breaking out into an insane combo of laughing at my crying and crying himself. So funny!

We've watched parts of maybe 3 of the episodes. Maybe one day I'll get around to watching the whole thing, but what I watched seemed a little dry. The thing of it is that an enormous chunk of what is called country music holds little interest to me. It just seems to me to be pop music with cowboy hats (Utah Phillips once commented that the difference between regular country and outlaw country is the hats....the outlaw country stars wear scruffier hats). I think the Nashville music establishment did everything possible to take the country out of country, and turn it into an alternative pop music stream, although in spite of itself, some of the music that came out of that scene at a certain point was pretty good. I'm thinking, for instance, of Conway Twitty, Dolly Parton, Lefty Frizzell, Tammy Wynette and some others.

There are two streams in country music which interest me particularly - one is in the roots of the music, but then I suppose that's really folk music, isn't it? They pretty much glossed over the Old Time tradition in the documentary. The other is the music that put the Western in Country & Western. I think Bob Wills & the Texas Playboys were fantastic, and also Don Walser, the Pavarotti of the Plains. As well, that fantastic "Okie Twang" sound developed by Buck Owens & Don Rich.

Some of the people they had adding commentary in the documentary were OK, but others were far less interesting, at least to me.

Watching a Ken Burns documentary series is a sort of sport. It's about finding out what is included and what is left out. And for me that is half the entertainment.

Sometimes I think there should be a shadow production company for Burns and they do all the side stuff...now with streaming services there could be a market for the "salon des refuse" of Ken Burns oeuvre.