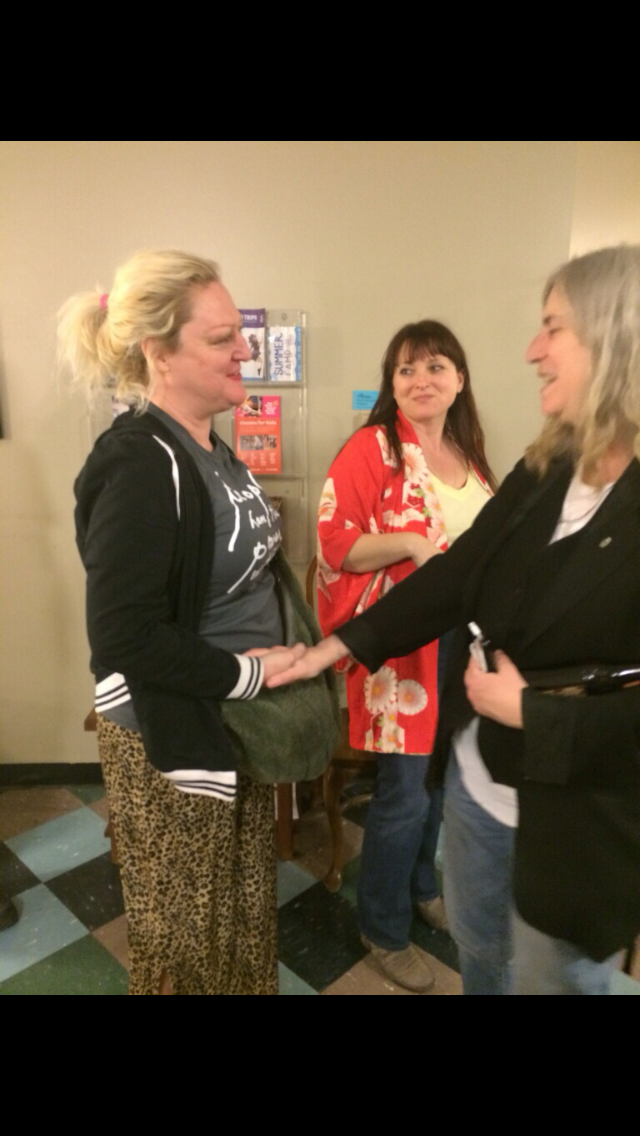 "Can I have my hand back please?" Patti Smith

"I'm just going to put it in my pocket, or maybe my green purse?" Me

Alisa had just had a hug with Patti. Alisa is a producer at Old Town. And then Alisa said, "A lot of people were really emotional even crying in your show tonight." Including this one>"And she points to me. My eyes were so puffy. At some point in her show....whcih I had already seen a fair bit of it the  two nights before....I just broke. She was talking about her son Jackson's son. He is called Frederick. And she dedicated "Beautiful Boy" by John Lennon to him....she had talked about losing her mother and losing people....maybe some of the audience had lost people...and I proceeded to cry like a fool for several songs. They did a Beatles song...which I am super tired right now and the name escapes me...She played "Because The Night". And somehow connecting my young years as writing poetry and being an artist, loving Patti Smith I just had one of those overwhelming connecting the dots moments. I thought about people I have lost. I thought about time passing and grinding away. I thought about rebirth...her show this weekend was called Easter. I also realized maybe I've seen Patti Smith more than any other performer! How could that be? I didn't plan it. The Clash I have seen 5 times, and I never thought I would beat that with another artist. We hung out in the basement in the green room and hallway for a while ....It was such a treat. I am partly tired because I stayed up way too late last night having fun. Went to a crazy swish bar in Logan Square called Billy Sunday with Alisa and her husband Scott. I had two Clover Club Gin drinks...made with new western gin, manzanilla sherry egg white lemon kola nut. I have a photo somewhere... 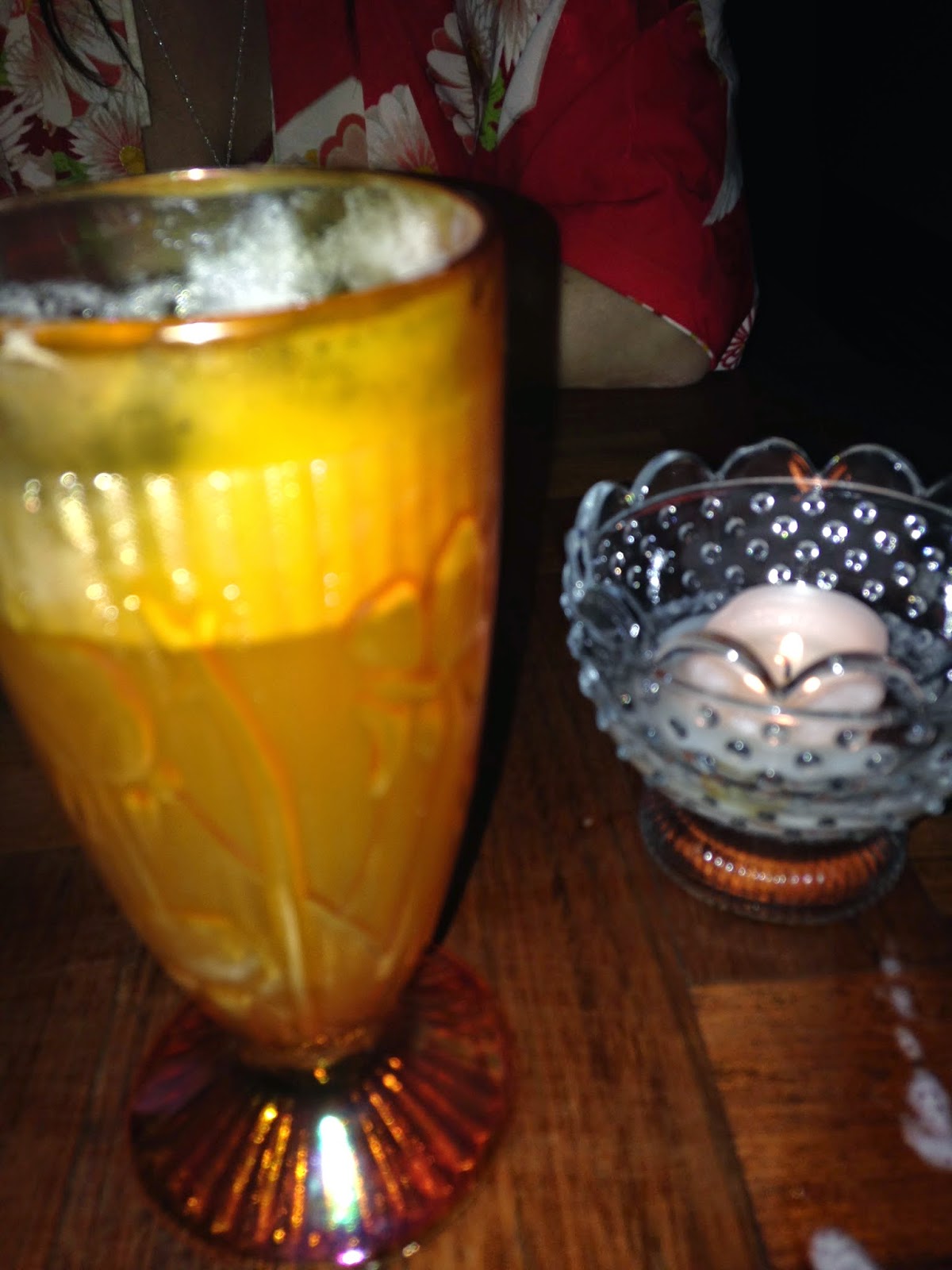 This is my drink above. And below was Scotts drink with a huge round ice cube. I guess you can tell I was drinking because I'm being such a geek taking pics of drinks. What an incredible night! And weekend! 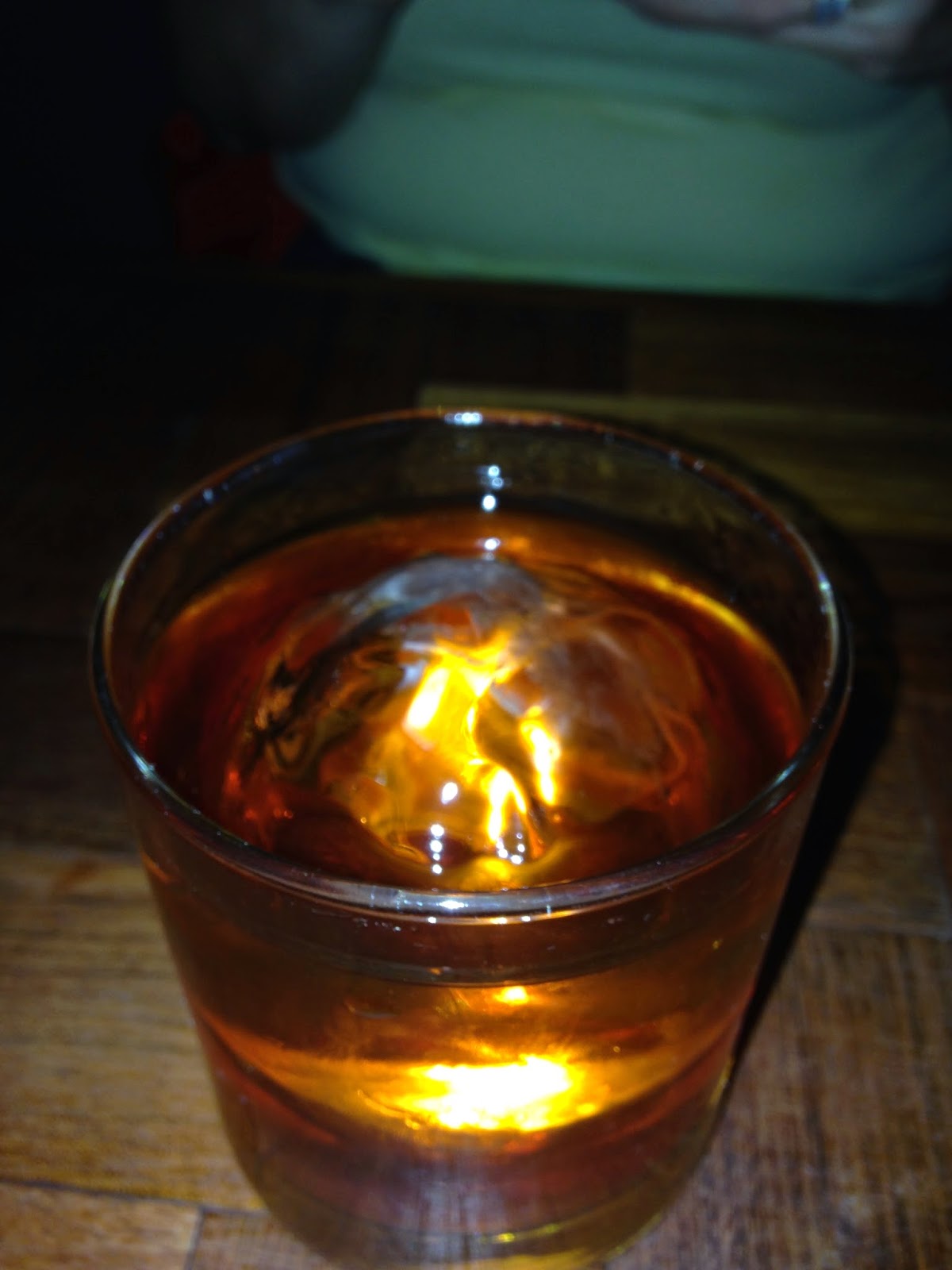