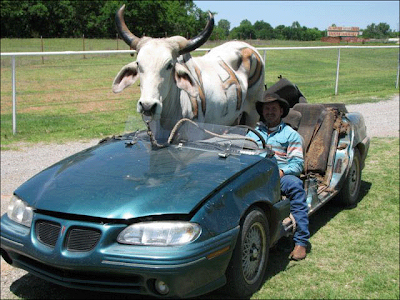 "It is generally believed that cars and trucks and airplanes contribute an ungodly share of greenhouse gases. This has recently led many right-minded people to buy a Prius or other hybrid car. But everytime a Prius owner drives to the grocery store, she may be canceling out it's emission-reducing benefit, at least if she shops in the meat section.

How so? Because cows-as well as other cud-chewing animals called ruminants-are wicked polluters. Their exhalation and flatulence and belching and manure emit methane, which by one common measure is about twenty-five times more potent as a greenhouse gas than the carbon dioxide released by cars (and by the way, humans)." From Superfreakonomics


"Once you strip away the religious fervor and scientific complexity, an incredibly simple dilemma lies at the heart of global warming. Economists fondly call it an externality.
What’s an externality? It’s what happens when someone takes an action but someone else, without agreeing, pays some or all the costs of that action. An externality is an economic version of taxation without representation.
If you happen to live downwind from a fertilizer factory, the ammonium stench is an externality. When your neighbors throw a big party (and don’t have the courtesy to invite you), their ruckus is an externality. Secondhand cigarette smoke is an externality, as is the stray gunshot one drug dealer meant for another that instead hit a child on the playground." From Superfreakonomics


Nathan Myhrvold also thinks that he has found a cheap and reliable way to solve global warming, which does not involve upending and perhaps destroying the world's economy. The global warming solution proposed by Nathan Myhvold involves running a hose up to the stratosphere with balloons and using that hose to pump out enough sulfur particles to dim the sun's heat just enough to counteract the effects of global warming. The estimated cost would be about two hundred and fifty million dollars.

Nathan Myhrvold suggests that volcanoes and other natural processes already pump out sulfur into the stratosphere and that his scheme, if adopted, would increase that amount by only one percent. Nathan Myhrvold therefore thinks that there would not be any unintended consequences (like starting a new ice age.) More here 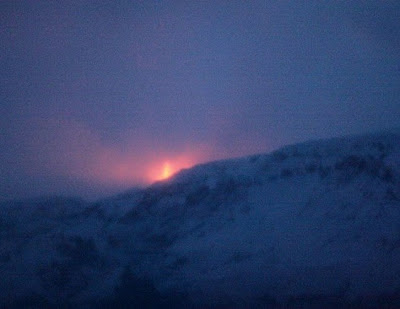 1.) Cooking experiments and gadgets with Myhrvold.
2.) Driving versus Walking
3.) Iceland volcano and scientists to measure effect of yesterdays event.
Posted by Candy Minx at 13:19