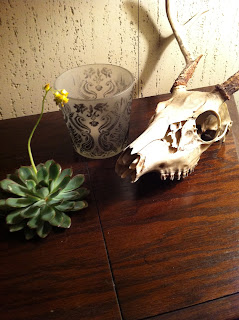 Isn't part of a Stacation getting stuff done around the house that just needles you and you keep putting off...saying when I have a couple days I'll do it? well, I've done a bit of that the week we had off. One was cleaning up the desktop. I've got stuff on here I've had for two years and think oh I should do something with this picture or that. I've wanted to blog, or not, then change mind or say next week i'll do something with something. So I filed a bounch of photos and resume stuff. Filed and cleaned up...but then I had these few odds and ends...so I am just going to randomly post them here. Above is a picture of a cactus that Tricia's mum got for me. It lives on air for a couple weeks. Now, I have planted it in a wee old porcelain dish. Below just seems self explanatory. I just loved that illustration of Lucifer Ronald as Jesus. 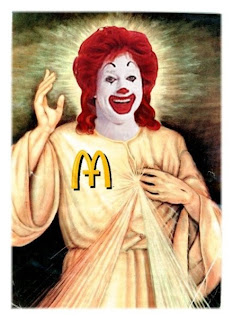 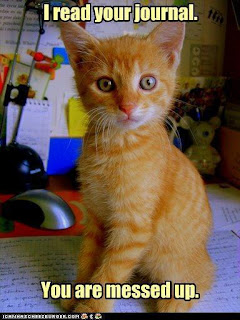 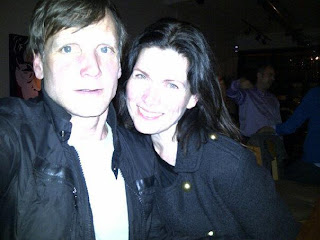 This is a photo of two friends of mine in Canada. One is actor John Wildman and the other is model Jacinta MacDonald. They were both in one of my short films called "Poodle". 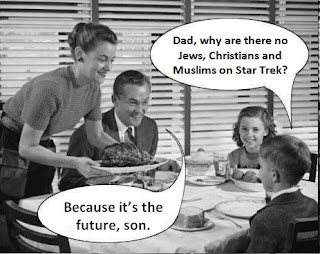 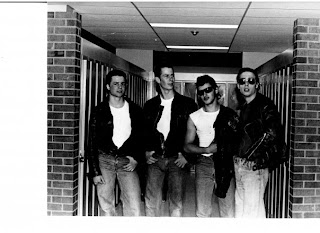 Okay...I love this picture. Its a photo of my friend Behzad in high school with his friends! Aren't they bad asses?