What Is Time? One Year in 40 Seconds


I used to have a kind of love-hate relationship with the Sunday night Walt Disney program. I don't know if it's still on tv but when I was a kid, I was always very fussy about the weeks offerings. I didn't like a lot of the stories because they seemed like watered down versions of a movie. I think they probably were feature films made into an hour minus commercials. BUT what I did like...and the reason I would always check into the show was two subjects. When bears (or raccoons or any furry creature) broke into a cabin or house and tore the place apart. I thought that scenario was the funniest thing on the planet. When the bears tore open cannisters of flour and had them all over their faces, and knocked over chairs. My sister and I would be laughing hysterically. I guess I was always an anarchist.

The other subject matter I loved was time lapse photography. I couldn't get enough of it. Roses opening, streets filling with morning traffic, emptying, rush hour dusk again...stars in the night sky moving. I could watch time lapse photography for hours. I was so into it...that once I saw John Ott do a presentation. John Ott is an inventor and an amateur scientist who pioneered time-lapse photography. I saw him do a presentatin in Victoria and his research on light absolutely fascinated me. In fact, I joined a group of folks who approached stores and public spaces to pressure them into changing all their lighting systems to "full-spectrum light"...something that John Ott had begun devoting his life to. Ott was one of the first researchers to investigate the relationship of light exposure to mental health or emotional states. Ott also realized, and incorporated into his films, that plants moved to light...some of his films had "dancing flowers" by adjusting the light sources he filmed plants to music. I imagine there must be other Sunday night Disney fans who remember these spectacular films? During this presentation Dr. John Ott showed us several of his films and how he had made them...he often designed and McGyvered all his own equipment!

I saw John Ott when my daughter was really young and I was a cocktail waitress on weekends and taking two courses at UVic (I was a terrible student...don't go get all impressed or anything) and very much wondering...how am I going to do all the things I dream of doing? I swear...his dedication and the fact that he had built all these apparatuses in his own house with his own money and experimented outside any formal academy completely inspired me. He was really one of the most interesting people I've ever met and he gave me the idea that we don't have to go a traditional route to practice what we love. Just get obsessed and stay obsessed. (Iowa Bob, via John Irving) 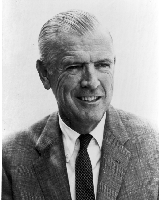 Dr. John Ott: one of my heroes.

Full-Spectrum Light
My Ivory Cellar by Jon Ott
Posted by Candy Minx at 12:02