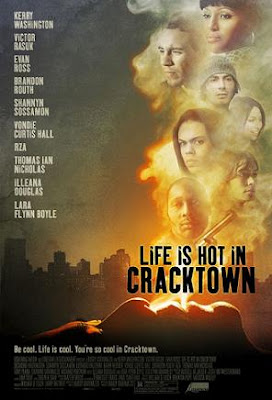 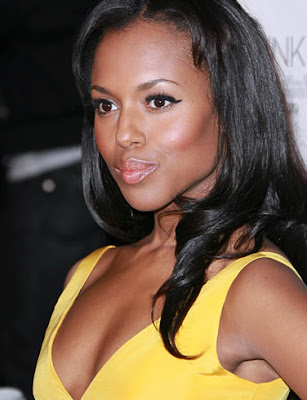 Kerry Washington is one of my new favourite actors. She is so so good in Life Is Hot In Cracktown a movie that has an astounding ensemble of actors and is one of the best movies I've seen in a few months. I felt claustrophbic...in fact, I sort of had a panic attack during the beginning of the movie. I had a snack...but lost my appetite completely. I just simply loved this movie, loved the storytelling, how it played out and the editing and how the director, who was also the writer put this group of stories and people together. You really really have to see this movie. 10/10. Trust me, the trailer doesn't do it justice...but at least you can see what an incredible cast it offers. 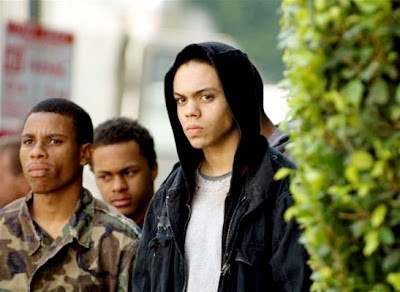 You see those three boys...I almost didn't put their pic on here...i was so mad at them in the movie. I hate them thats what good actors they all are... 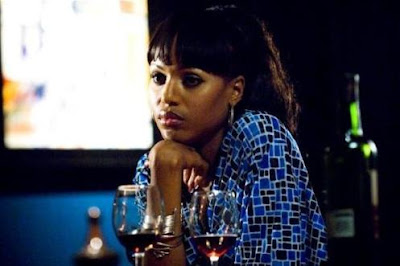 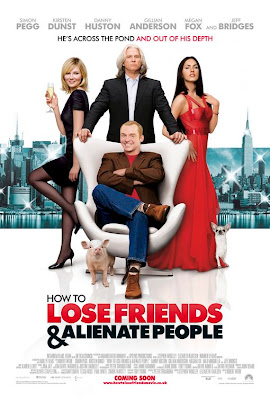 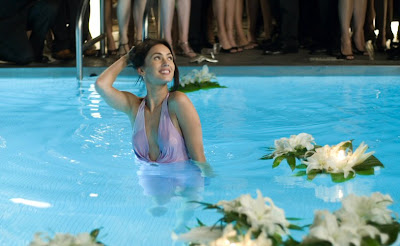 Isn't this a great image? Megan Fox was superb in her supporting role as a ditsy starlet. I was pretty impressed with her voice work and portrayal in what turned out to be a totally fantastic movie called How To Lose Friends And Aliienate People. Its not fast paced, its not slick...but its got a sweet and slow growing humour and a soft centered protagonist who first appears as a total jerk...but he grows on us. I have to admit I partly liked this movie because the main character kind of reminds me of me ha ha. Just the way he puts his foot in his mouth and says things that are true but really bother people, I have had this experience as a foreigner many times in the USA. Stagg is always telling me "Candy, you can't say that!" We have seen many fish-out-of-water movies right? This one has a tiny feel like Peter Sellers in The Party. British guy tries to make it in Hollywood. There were just little things that gave this tried and true plot a couple of nice new flavours. Lots of heart and very funny. 10/10. Stars Simon Pegg, you know, the genius from Shaun Of The Dead.


Advertized as a comedy I found Four Christmases to be a cleverly disguised horror movie posing as a comedy. What a nightmare. I mean that in a good way. Cute funny movie about visiting family during holidays. 7/10. 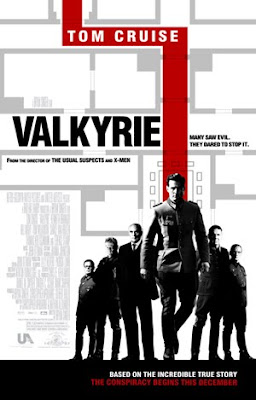 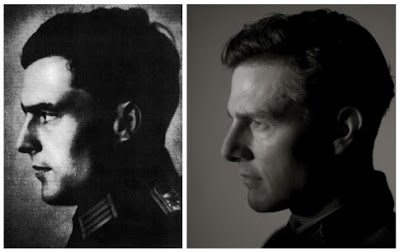 The last thing I expected to like was the movie Valkyrie. the promotions for this movie did not give us agood idea of what an incredible story this movie was telling. I had avoided this movie because it really looked lame in the trailers. The movie might not be the best movie in the world, but it iis tense, suspenseful and has the feel of a graphic novel portraying history. i found these aspects very interesting but the story was awesome. I had no idea of this plot to kill Adolf Hitler and I think it was such a good idea for a movie. The way director Bryan singer sets up the close cameras on faces, on boots, on street scenes captures the struggle for human touches in a fascist oppressive time and place. Tom Cruise is very good but the actor who plays his protege Jamie Parker, is very very good as is Kenenth Branaugh, Tom Wilkinson (does he steal every movie he is in?)...the beautiful and wonderful Terrance Stamp (who lived through bombings in WWII) and Eddie Izzard are just some of the amazing actors who add to this movie immensely. I cried like a baby at the end. 7/10. 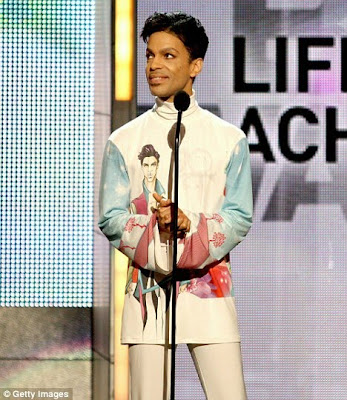 The 10th Annual BET Awards were fantastic last night. All kinds of outstanding performances with Usher, Alicia Keyes, a surprise with "Dark Gable". I had mixed feelings about Chris Brown...he did a dance tribute to Michael jackson with three songs...during the final song "Man In The Mirror" he broke down and cried and couldn't finish the song. The audience for sure was ready to accept and forgive Brown for his scandal last year when he missed the BET Awards after hitting his girlfriend Rhianna. he's a young man and he made a mistake..I hope he does feel bad about it and wasn't faking it last night.


There are a few commercials intersperced in the above video...but if you didn't see the BET Awarfds...this is worth watching . Patti laBelle, Esperanza Spalding, Janelle Monae and Alicia Keyes perform some of Prince's songs...Patti LaBelle kills it. prince gives a short think you...totally worth putting up with adverts to see this video.
Posted by Candy Minx at 13:08

the first one has a great title

Ah, you and the Coyote have pulled me out of introspection and oh my what am I going to do with this clutter - well, I am probably going to go to the library and rent a book, and then see if I can find a couple of movies - I saw Four Christmases - it made a nervous wreck out of me.

Life is Hot in Cracktown sounds worth seeing - I wept all the way through Precious, and ground my teeth through Tyler Perry's I can do Bad All by Myself....but loved them. Thanks for the good reviews - it is getting too hot to spend a lot of time outside now -

The way you described all these movies (never even heard of Life Is Hot In Cracktown) and the BET Awards totally makes me wanna go home right now and WATCH them!

Its such as you read my thoughts! You appear to know so much approximately this, such as you
wrote the e book in it or something. I think that you simply could do with some % to drive the message home a bit, but other than that, that is wonderful blog. A fantastic read. I'll definitely be back.