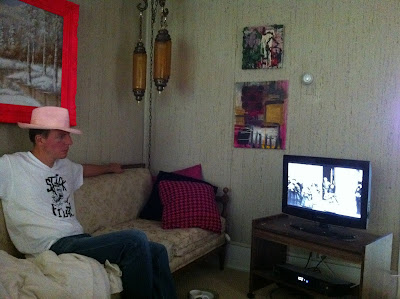 Stagg dressed in his finest Prohibition era hat to watch the PBS five and half hour documentary by Ken Burns.

Tricia was over for a few days and we camped out and watched a lot of docs and tv shows, one of them this series. Wow, I had no idea that the build up to Prohibition happened for a 100 years and everyone including kids drank booze. I loved this doc and it goes well with Boardwalk Empire. We also watched The botony of Desire which has a segment about marijuana and its relationship and sucess with humans. The doc on Prohibition had a few too many repeated images of pouring out barrels of booze, could have been a little bit shorter...but well worth watching. 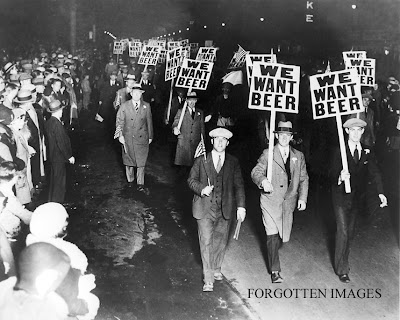 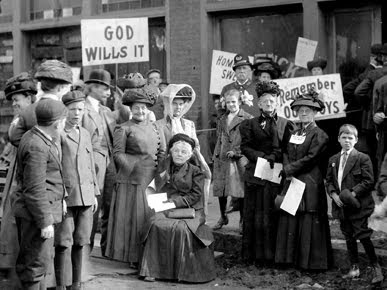 Conflicting images of women during prohibition. 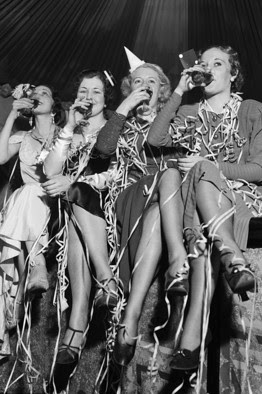 Stagg has the best hats.