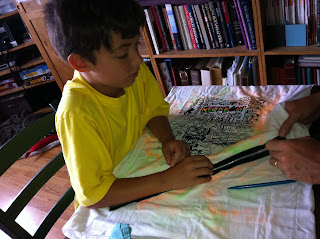 One day in Vancouver,  I took my nephew over to my friends place whose son is the same age. These two families have known each other for 20-odd years. We all used to hang out and party together and then they had kids around the same time too. So the boys are 10. In the spring Stagg had a work party back in Chicago...where all the staff put on an art show, a talent show...singing, doing stand up or having tables with food they made or art they made. One of the young women had made "punk rock shirts in a can" which I bought to of them knowing I would be in Vancouver ina  few months. I put them in the back of my trunk till I got out west. So this day....the guys started making their shirts. the kit came with a great t-shirt with graffitti style cartoon...some flourescent sprayed on them and zippers and safety pins and needle and thread. So we set the guys up and started making their shirts. 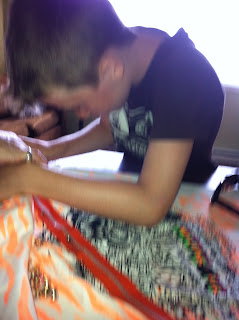 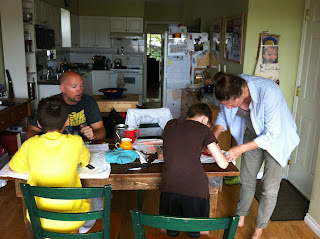 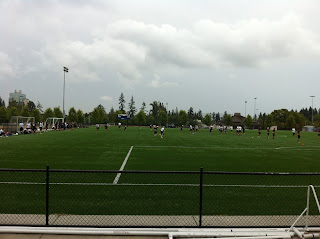 Later in the afternoon John and I and the two boys drove out to University Of British Columbia to find Isaiah. YES! Isaiah of Ultimate Games in Chicago a couple weeks earlier. The boys threw their disc of two hours while John and I watched the games...and they also got to meet Isaiah for another photo op. See the photo bomb John's son did...HA! 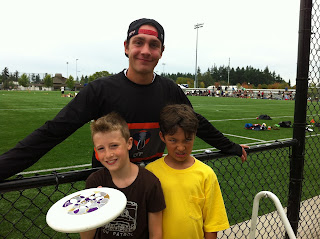 Then after the Ultimate tournament...my nephew and I drove back to my sisters where we had a girlfriend come over...here are some photos of her at my sisters place two years ago
. Below a whopping huge bowl of muscles and clams and we had olive bread and wine...and a good chat! 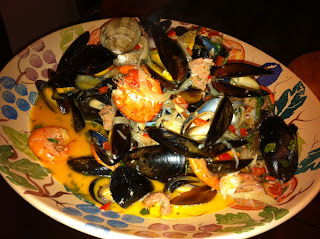 Some pictures from last time
we were in British Columbia in 2011
Posted by Candy Minx at 12:53