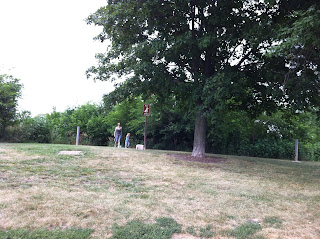 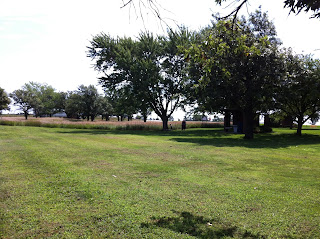 "Safety rest areas (SRAs) were constructed as part of the Interstate Highway System, modeled after roadside parks, they were to provide minimal comfort amenities for the traveling public; generally consisting of toilet facilities, drinking water, picnic grounds and information dispersal.  However, early in their developmental history, design aesthetics moved in the tradition of roadside architecture that dominated American highways in previous decades, and safety rest area sites emerged as unique and colorful expressions of regional flavor and modern architectural design.  Safety rest areas functioned to create a context of place within the Interstate System; achieved through the implementation of unique and whimsical design elements and the use of regionally signifying characteristics.  By the mid 1960s


The limited access nature of Interstate Highways meant that a stop within these sites was often the only contact travelers had with regions they were passing through.  Before the development of interchange business there were few options for stopping available to drivers on newly constructed stretches of .

SRAs took the place of both the roadside park and the roadside store, while the sites did not allow for commercial business; they did provide a place where travelers could stop, rest, eat a picnic lunch, appreciate local landscapes and enjoy the use of comfort facilities.

The functionality of these sites made feasible the less tangible directive of connecting people with the regions they passed through; replacing the local flavor that would have once been readily accessible from the roadway.

Architecture was an essential element in developing the context of a site.  Safety rest areas were designed around a central architectural theme which was established in the toilet building and then reflected in the other structures, most commonly picnic and information shelters. 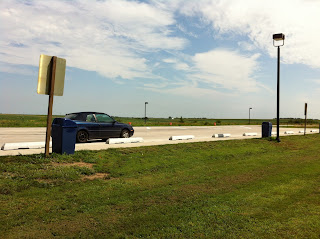 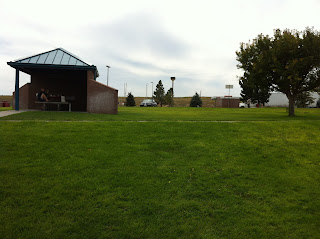 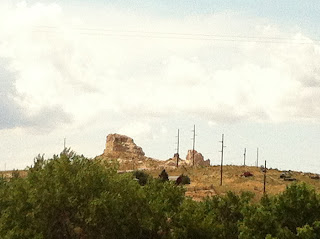 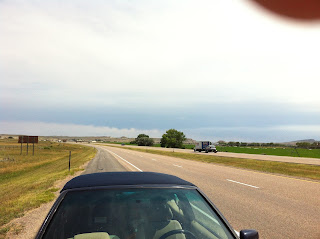 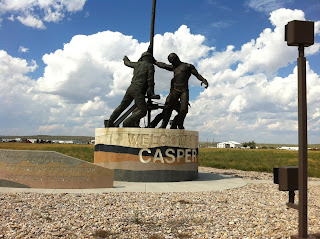 We had to pull over and take a picture of this sexy sculpture outside Casper, Wyoming. WOW! 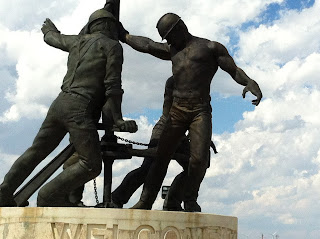