The Suburbs With Arcade Fire 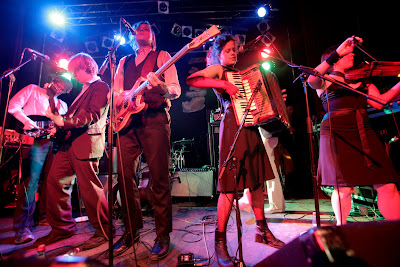 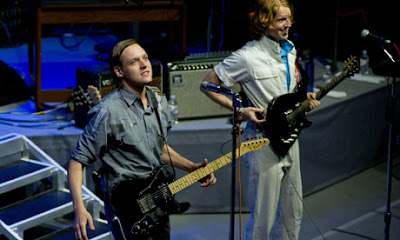 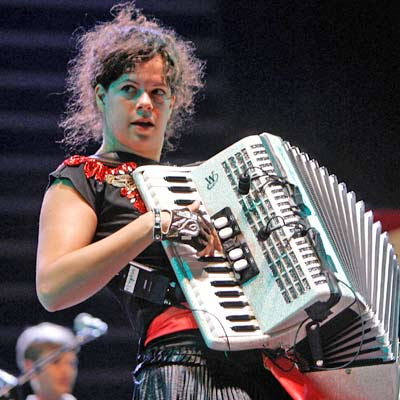 Arcade Fire discover beauty within the darkness of The Suburbs, from The Guardian

Canada's finest have produced a hymn to the middle-class motherland, suffused with a Springsteen-esque need to escape

Pop has always loved a visit to the suburbs, whether in the sleazy undertow of Suede's eponymous debut album or the high-street hellraisers of Pet Shops Boys' Suburbia.

It's fitting, then, that Arcade Fire should share this fascination so much as to name their third album The Suburbs. Listening to the jangly, back-room piano-bar intro of the title track, the need to escape is immediately evident: "I long to drive, you told me we'd never survive ... grab another's keys, we're leaving." As in Hanif Kureshi's novel, The Buddha of Suburbia, where Karim obsesses about the otherworldly David Bowie and leaving his south London borough for the glamour of the city, suburbia for Arcade Fire clearly represents a place of repressed emotions and stifled potential.

In the past, it has also represented something far more sinister. On Funeral, Win Butler was more concerned with tapping into that fear of the unknown – the lies on Rebellion that are told to "scare your son, scare your daughter" or the feral isolation to evade some encroaching menace dreamed of on Neighbourhood (Tunnels). That vision is redolent of the suburbia represented in 1950s horrors films, when the domestic idyll of small-town America was interrupted by the zombies or blobs or brain-eaters or whatever it was that was coming to turn your children into the undead. Neon Bible, Arcade Fire's second album, gave that fear a name, as the band drew inspiration from religion and the cloistering hypocrisy it seemed to represent.

In an interview with National Public Radio about his film Little Children – in which two unfulfilled parents resort to an affair to alleviate their boredom in outer Boston – director Todd Field described the mainstream media as having a "packaged contempt for suburbia". That's certainly true for Sam Mendes's 1999 film American Beauty, which depicted a middle-class world where all life's boxes have been ticked and yet everything is far from OK.

However, I don't think Arcade Fire draw inspiration from suburbia in any sort of contemptuous way. On their third album, the band capture the romanticised lifelessness of these places; the desire to shrug off the daily burden of some unnamed mediocrity. "Let's go for a drive, and see the town tonight. There's nothing to do ... but I don't mean when I'm with you," croons Butler on Suburban Wars, so reminiscent of that small-town hero (and personal Butler favourite) Bruce Springsteen. "Let's take a drive through the sprawl, to the these towns they built to change," he says on Sprawl 1. (Driving is obviously a prerequisite when putting the "escape from suburbia" plan into action, given how many times it's mentioned on the album).

Fans of the band's ability to emote about the open road won't be disappointed – Ready to Start, Empty Room and Month of May already feel like vintage Aracade Fire in that regard. But on The Suburbs it's as if the band's sense of uneasiness – so dramatic on the death-plagued Funeral and so foreboding on Neon Bible – has simply relaxed a little.

Are the doomy Canadians stepping out of the darkness and into the light? Perhaps not just yet. As Butler sings on Modern Man, there remains the continual sense that "something don't feel right". And that something is what creeps uneasily through the cul-de-sacs of The Suburbs.

If you desire to take a good deal from this article then
you have to apply these strategies to your won webpage.