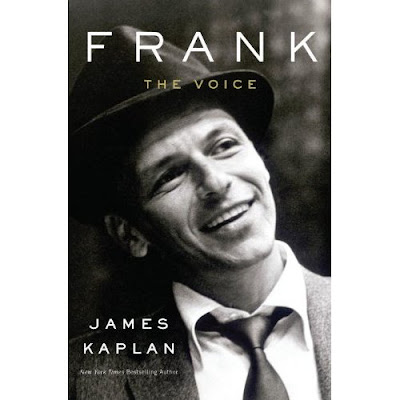 Yes, it's true. I read a fair bit. Like a lot. I read a lot of non-fiction and I read several magazines a month and I have been loyal to these magazines for years and years. Like Spin Magazine. Or ELLE Decor. But I get really excited when my Vanity Fair subscription arrives in the mail. Heart palpitating. I love how even if I think I won't be interested in a topic, the writing is so good, I get caught up. I am not a big fan of biographies. I probably read about one biography a year. It usually is about someone I am fairly obsessed with. The thing is, I prefer the art of a person, and really don't study too much about their life. There are exceptions though. The first biography I ever read was about Charlie Chaplin. I was about 15 and I couldn't put it down. It was juicy and shocking about all the young women he was with and after I read it I felt sad. I also read a couple of books on Buster Keaton. I am nuts for Buster Keaton and I also read about Louise Brooks and Fatty Arbuckle. See a theme here? I really used to love old silent films. Which astounds me today about my young self. It just seems so cute. We used to go to see old silent films all the time. I also went through a phase of big bands. When I was about 17 and in Calgary I used to go with a couple of friends to dance to big bands that would pass through town. ( I also used to sneak into disco bars to go dancing). Anyways...I really was a little nutty for the swing. I loved the swing resurrection in the 90's massively. This month's Vanity Fair has an incredible except from a biography about Frank Sinatra by James Kaplan. You can read this whole excerpt online here. I really recommend it. It's so good I think I'm going to get the book.

Riding, riding through the night. As the rest of the band played cards and laughed or told dirty jokes or slept and snored, Sinatra sat by himself in the back of the bus, his jacket folded over his eyes, with one thought in mind, over the Rockies, across the Great Plains, across the unendingly huge country that did not yet lie at his feet but would: On the bill at the Chicago Theatre would be Tommy Dorsey.

He was one tough son of a bitch, the second son of a horn-playing family from the coal-mining hills of eastern Pennsylvania, one of the starkest places on earth. He was just 35, but 35 was more like 45 in those days, and coming from where he’d come from, and having done what he’d done, Tommy Dorsey had a hundred thousand miles on him. He was five ten and ramrod-straight, with a square, pitiless face, a hawk nose, cold eyes behind little round glasses. He looked just like a high-school music teacher—he knew it, others knew it, and he tried to shift the impression by dressing more elegantly than other bandleaders (he had an immense wardrobe, more than 60 suits and sport jackets) and standing taller (he wore lifts in his shoes and tended to pose for the camera with his trombone slide extended alongside him, to emphasize the vertical line). His ambition was titanic, his discipline incomparable. He could (and often did) drink himself into a stupor after a gig, sleep three hours, then get up at six A.M., play golf, and be as fresh as a daisy for the day’s work. No matter how long the road trip or how taxing the engagement, he was never seen in rumpled clothes. He did precisely what he wanted, when he wanted, took shit from nobody, and played an absolutely gorgeous trombone. “He could do something with a trombone that no one had ever done before,” said Artie Shaw, who was stingy with compliments. “He made it into a singing instrument…Before that it was a blatting instrument.”

Dorsey had a massive rib cage and extraordinary lung power. He could play an unbelievable 32-bar legato. What he couldn’t do, precisely, was improvise. He hopelessly idolized the legendary Texas trombonist and vocalist Jack Teagarden, a great jazz artist, a man who could transform a song into something new and sublime and dangerous. Dorsey didn’t transform; he ornamented, he amplified. But when he blew those glorious solos, measure after silken measure seemingly without a pause for breath, you forgot about jazz: Tommy Dorsey made his own rules. His theme song, “I’m Getting Sentimental over You,” spoke for itself—and gave him a deliciously corny nickname, the Sentimental Gentleman of Swing.

here is a Tommy Dorsey piece...

this one is really beautiful...

Do you read biographies?
Posted by Candy Minx at 10:53

I don't often read biographies. I've read my share, but more often than not, I'm disappointed. Maybe there are some exceptions to that, but I can't think of them off-hand.

Yeah, I get disappointed too. I usually get interested and think I'll want to read about a performer or artist but later it just seems so remote from their work. Sometimes an autobiography can be fun like I read David Nivens and it was laugh out loud funny.

Thanks for that link, Candy. Too bad I can't play the two videos you posted (not for use abroad). As a former trumpet player, I can sympathize with Dorsey. I was pretty good and had a sweet tone, but just could not improvise. It's the ultimate skill.

Oh, rats, too bad about the videos Greg. And now...this is one of the amazing things about being friends and knowing people for so long...you can still learn new things about each other. How can that be? I love that. How can it be that I didn't know you played trombone? How wonderful!