The End Of The World As We Know It 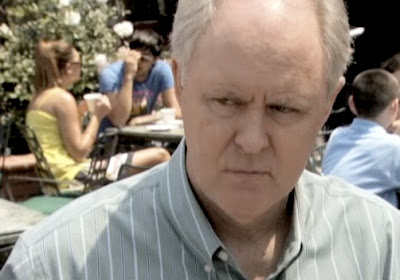 No one can accuse the writers of some of the best tv shows out there right now of selling out.

Three excellent series just wrapped up and the season finales were so true to the characters, to the emotional and thematic set ups of these programs and consequently so heavy I am kind of fighting off a low level blues. Have you ever had one of those dreams where you have a confrontation with someone and when you wake up...you're still mad at the person...even though it was just a dream? I kind of feel like that. Last years Nip/Tuck pissed me off so much...because of Christians' treatment of both Kimber and Liz. But Kimber especially. This season it seems Christian has gone completely to the dark side. For a show that was able to mix the very worst of the human condition to stunning emotional resolutions and peace...this season the program has been getting darker and darker. If that's possible.

I shouldn't really be surprised about Californication. How can any good come from these people and their seeming total rejection of boundaries, right?

Nope...the writers on these shows have shown us. They will not sell out. Good for them.

But shit. I am so torn up about the finale of this season of Dexter I just don't know. As soon as Dexter walked into the Monet blue and yellow living room I had the first sinking feeling. Were you like me and immediately at the end of the finale went and pressed rewind on your PVR? I HAD to re-watch John Lihthgow. Even as I rewound I had the second sickest sinking feeling...this actor in replay was going to make sure I knew he knew. He did.

Godammit. I feel like I woke up from a dream and I can't shake it. Lithgow surely has to get another Emmy for this role. As for the writers? Those bastards, clever clever uncompromising clever writers, if they don't get an Emmy they sure get to evilly pat themselves on the back for giving us tough assed viewers a show without a sell out. Well done she says grumbling under her depressed breath...

Surely these three programs have nailed the state of contemporary industrial life perfectly. Aw, crap! No wonder Hank drinks and fucks so much.
Posted by Candy Minx at 05:16

It is getting darker, Candy, but I'm hooked - the last episode was heartbreaking, where Kimber traded her baby for Christian when she was so excited about a child - but then go figure how he could accept and take care of the little biracial baby not his, what a dichotomy, then ending with all of them, dysfunctional as hell, gathered around the table for dinner - showing a "family" time.....
Ha, Liz is still mad, as she well should be, but Kimber is a tough little thing to hang in there, all seem to know what is going on and have no deceptions, Christian is well aware of what an ass he is....he has a definite cruel streak. As an actor, its the only thing I've seen him in that he seems to excel.
It is interesting to me psychologically how women react to his abuse.....so far Liz seems to be the winner in mental health, :)! Last episode, I believe Christian's partner offered to marry Kimber - he is a decent guy - and she went ahead with the abortion and Christian - ahh, I shouldn't be so involved!

...see as well, if you get a chance, Breaking Bad, and Weeds, for similar-type sneaky left jabs and punishing right hooks. Saving Grace is kinda inneresting too; now I'm surrounded by Daemons, ought I not also embrace Angels...the best shows are the ones in which you don't notice the writing because you're so in thrall ;-)