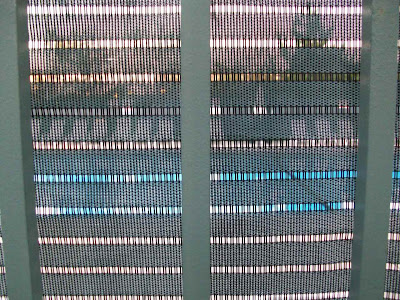 On Monday Stagg's cousin called us to go see a movie Thursday (yesterday) showing at her local library with a speaker. She had told us about this movie series she was following and we said we'd love to go with her next time. I had also been writing a long entry here to this blog abbout some of my movie watching experiences. My post that I wrote yesterday was a part 2 and I had written it on Tuesday and pre-scheduled it to post here yesterday afternoon sometime. Yesterday morning around 10:30, just before we headed out the door to meet Stagg's cousin for the movie...I was watching a talk show and they announced Tony Curtis had died. Not only did I mention Some Like It Hot in my list of movies yesterday from an influential class, but we were heading out the door to watch...Some Like It Hot.

What a weird feeling this was to have this movie on my brain and then to hear of Curtis's passing. Stagg and I had a half hour bus ride over to his cousins...and I was very quiet and sad during the ride. I was fighting tears. Before the showing of the Eisenhower Library's film series the presenter speaks. Richard J. Amello is a retired high school film teacher and he presents the movie series. He spoke for about ten minutes before the film started and I couldn't stop crying. It was the weirdest sensation and I felt like an idiot. Amello was recounting various stories about the life of Marilyn Monroe and Tony Curtis and some brief production notes about the making of the movie. He was a fabulous film buff with all kinds of interest and knowledge about the history of this movie. I was in heaven!

I have owned video copies and worn them out, then replaced those video copies with dvd copies of the movie Some Like It Hot. No doubt I could recite some of the lines before the actors do... so this was a little extra weird to be excited to see it again. The great thing about yesterday though, was Stagg's cousin hadn't seen the movie since she was a teen and Stagg was pretty sure he hadn't seen it before. I like to live through others first time viewings of my favourite movies. Weird, I know. I would say, thats the only potential I'd ever have for being a teacher, heh heh.

I hadn't seen this movie on a big screen for a long time though. Wonderful! 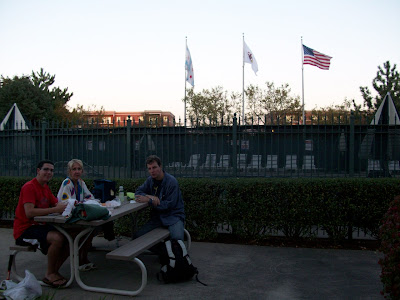 Outside the pool, a neighbour, Stagg's cousin and Stagg...

We had the best day. It was sad to think of how Curtis was kind of a last link to glamourous old-fashioned Hollywood movie glamour now has pased away but all three of us had a great time together. We met Stagg's cousin at her place, then drove to the farmers market nearby, then to the movie at the library. After the movie, Amello talked with the group fo 20 audience members and shared some more critical insight and notes. Then we went back to our cousin's condo for a swim and small picnic. We got the lifeguard to join us for a glass of wine and some cheese and crackers and we sat outside enjoying the warm evening. 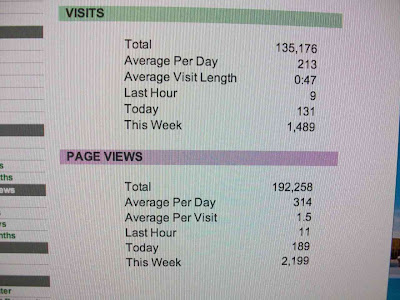 You can see in this picture above that I took from todays stats, I get about 200 visitors a day here but last night when I got home my stats had almost doubled. When I checked the word searches it was from another couple hundred people looking for "tony curtis vanity fair". I know exactly what they were looking for. A picture I posted here a couple years ago from my fridge cut out of Jack Lemmon and Tony Curtis. I'll dig around for that pic and write something tomorrow with that great photo.
Posted by Candy Minx at 15:33

Wow, you get a lot of visits!

Wow what a increase in visits. glad you had fun with his cousin and that great hubby of yours.. hope all is well. I have been busy but going to take a photo or two of something I am working on here. Hope to make more of these sometime fi I can keep the pattern straight..LOL.