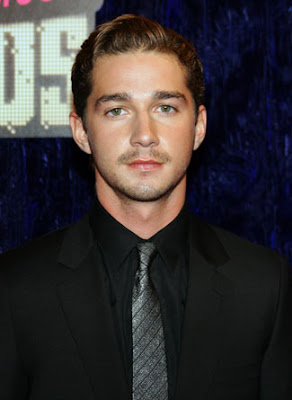 I remember being pretty young when I first started hoping I wouldn't grow up to be a cynical person. Growing up seemed to kill peoples spirits I felt as a teenager. It ruined you to grow up. I always wondered if I'd be one of those people who resented young people and felt alienated from new movies casting new faces and new actors and talent. I am so so happy I didn't grow up to be bitter and cynical. I think it's one of the things I am most grateful for in life. I am happy to find that as actors and movie stars keep getting younger and I keep getting older...these actors still capture my imagination and heart. I think Shia Labeouf is one of the best new actors to come along. He holds so much emotion and expression in his eyes. The first time I saw a photo of him, I thought, wow, he's got a baby face, how can he play up against weathered solid actors. But he hasn't let me down at all. In fact, in many ways it was the massive range he has that carried a great new movie Wall Street 2: Money Never Sleeps.

I'm a little crazy about Oliver Stone. He and Martin Scorcese seem to have a similar strenght...even their worst movies are hundreds of times better than other directors good movies. Oliver Stone has made some of the most beautiful looking movies and Wall Street 2 is another gorgeous looking movie. It's real estate porn. It is also surprisingly generous and subtle. I was expecting a really hard indictment of Wall Street CEOs but this movie seemed to be more about just letting us into their world, and it was satisfying. Michael Douglas is fantastic and has most of the really good lines...but my favourite part of this movie is when we see the meetings that arose right as the economy crashed two years ago. When all the bailouts were going on...I really was trying to imagine what the inner sanctums of the financial meetings "looked like". What did they say? What kind of rooms did they meet in? What were their justifications? ...Stone has recreated these scenarios in a couple of scenes in this movie and I felt they were really satisfying and fed my curiousity. The sets, the cinematography, the acting are as excellent as we have come to know from Oliver Stone and he's done it again, but without the re-enactments, without the dread of paranoia. I felt as if Stone had really found a way to utilize filmic opportunitites in ways that eclipsed his previous heavyhandnessness...Even though I love Stone, sometimes he was a little heavyhanded, even for me. This was really fine movie making.

I wrote here a few days that one of the people who influenced me was Robin Wood. Wood believed that patriarchy and capitalism corrupted relationships and Oliver Stone has demonstrated this argument outstandingly. 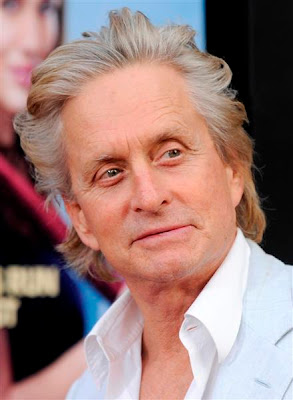 I think I've pretty much been in love with Michael Douglas my whole life from his early tv show and One Flew Over The Cucckoo's Nest to all his roles which have seemed to be parts that were written right out of all of our biggest contemporary news stories. Sexual harrasment, environmental and corporporate corruption, the rain forest, slef-help movements, human trafficing, border violence, terrorism, Douglas has starred in movies about all these hot topics.

Of special mention, the brilliant Eli Wallach is a joy on camera and steals the movie in so many ways.

Our double bill of movies had in common the theme that capitalism corrupts relationships. I'm glad I saw the Oliver Stone movie first because The Social Network is absolutely perfect and is blowing a lot of movies I've seen right out of the water.

If we had gone to see The Social Network early in the day, I might have been very tempted to turn around and watch it again. Everything about this movie was perfect, compelling and some of the best overall dialogue in a movie. Period. Not only was much of the story funny, but it also was very very sad. Director David Fincher has made another masterpiece and he is a god. I loved this movie, felt high when I left the theatre but also felt verklempt. every fear I had of being a teen and losing my soul when we "grow up" was exercised through these characters. The heartache and challenges of being young, of learning about friendship and life while being malicious and insensitive is played out in an uber-civilized environment. Somehow the movie made me care about each character and each characters perspective. I wanted to take sides, but always the charisma and earnestness of each actor drew me to feel compassion for each person.

One of the best things we see in this story is that a massive social misfit could create a social network at all. It's as if we are watching an alien from another planet try to understand what humans like and create a social setting for them. this is partly hilarious, and partly tragic. And all the way ironic. It actually may be that the innovative inventors total social bankruptsy might be why he could seem outside of our species and create something useful for us.

I felt like I was seeing "A Clockwork Orange" for the zeros. 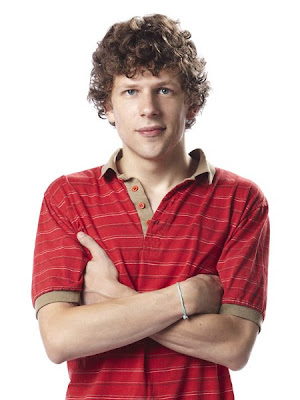 I think Jesse Eisenberg should get an Oscar for this role...I thought he was fantastic and I hope he makes lots of movies in the future. Eisenberg's character reminded me of Rainman and Alex/Malcolm McDowell and Chancey Gardner. And I suspect that his character must have Autism spectrum disorder or it sure seemed to be something was profoundly missing from his skillset. I thought one of the telling moments was when eisenberg and his best friend get home and they both want a beer. His friend gets two bottles of beer out of the fridge. Eisenberg's character doesn't see him do this, he meanwhile goes to get beer too...he only gets one bottle of beer. Eisenberg's talent is making us feel his character isn't just some kind of selfish bastard, but rather a very unique person learning how to grow up.

Armie Hammer was really good. He was a surprise for me as he played twin brothers with some of the best lines in the movie. I wanted to not like these guys but this actor really brought me into their view of things and I felt a fair bit of compassion for their part in the story. 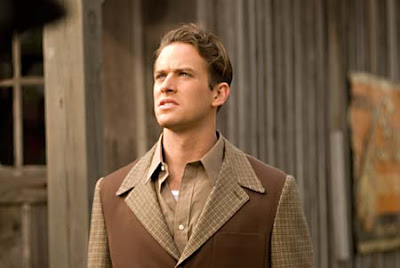 Both Wall Street 2 and The Social Network are layered with astute attention to details, in humans and in atmospheres, and they are driven by characters with sophisticated layering of visual poetry and pacing. Both movies are 10/10...but The Social Network is masterpiece.
Posted by Candy Minx at 14:19

what's really interesting about social networks to me is simply how gaga us humans seem to be for them...as social as they are, they also promote really isolationist behaviour. But then it's become common to see two people walking down the street, each talking to someone else on their cell phone...anything but talk to one another.

Well, yes, it is a common sight to see two people together and on their cell phones or texting, but not engaged in talk with each other. I think that we also tend to project on to others ...and often we just tend to notice those people more than the ones who are actually talking to each other. We assume the two people not talking to each other are behaving apart from each other or being isolated. We are projecting that...chances are, they might be co-workers who are outside...if they were in an office, we and on different phones we wouldn't even think about it. The idea of people on the move while working is foreign to lots of people but actually...why couldn't two lawyers, or two artists be walking on the street and using their cell phones out of doors? Why do we assume just because we are seeing them outside, on phones, not talking to each other, they are anti-social?

This new stereotype is that...people on cell phones, while together, are anti-social. when likely, they are probably taking care of business on the move...and then going to have a nice lunch together and visit ha ha!

Us humans are gaga for social networks, it's so true Mister Anchovy. Our evolution as animals included dependence on our bonding with each other and co-operating. This gaga for social networking probably arose from the intense community and family bonding built up around our being born with such big heads we were completely dependent on care=givers unlike most other animals at birth. The intense eye contact, and interpersonal communication between parents/caregivers with newborns formed our patterns of social networking.

Meanwhile, the movie "The Social Network" has basically little to do with the actual computer network and everything to do with what occurs when capitalism corrupts relationships. Its a must see, delightful, funny and sad movie.