5 a.m. comes fast. I freak out because while Stagg is in the shower I see the empty box of Johnny Depp cereal. This guy eats more sugar than I believed was possible. When I got here all the food had sugar in it. Little Miss Organic tried to be cool. The peanut butter, the tinned tomatoes, chili, tomato sauce, corn; sugar in everything. Then the maple syrup didn't have any maple syrup. It was a "reduced calorie syrup product". I was like where am I? Who eats like this? I have never had a microwave or margerine in my house. I've been known to make my own organic ketchup! (chutney) So I start mixing up some scrambled eggs to counter the cereal. I can not cook eggs. But scramble is so-so. I just put piles of cheese on the eggs.

There he can go to work with some protein. Farming has given us many terrific things: is the most famous, diabetes?

Totalitarian farming is so corrupt that it puts money before nutrition. Only farm mindset would create a sugar syrup knowing people are too poor or enamored by a notion of "progress" to realize that maple syrup has health benefits as well as delicious sweetness. Insert sugar to sell a product. Sugar has a place in cooking, but in everything? What is that?

Stagg and I have lots of things in common and some things radically not in common. It is a lot of fun to find these things out and sometimes we are laughing a lot all about our differences. We both love music and movies. Part of a gift I brought with me for him was a dvd I found of N.W.A. He saw them back in the day with Ice T. I'm so jealous! And I brought 24 Hour Party People and he already owned it! It is one of my favourite movies ever. So we both love rap and techno. Thats our dance zone. He has a huge range of music interests. Me I like to think I do but I tend to listen in phases.

I've started a new painting so I knew today I would be busy avoiding it. As I have explained here before, when I am painting I am the most active and productive member of society because I get a kind of agitated panic and will avoid avoid avoid the painting and then run to it then run from it then to it, oh wait I digress.

So...I started making ox-tail soup. I have chicken soup and ox-tail soup around at all times. It's a thing I have. Soup. Staple. So I start a bunch of broth today for lunches. I have two recorded programs of Oprah I can watch. Both depressing, one about the song Stupid Girls with Pink on the program. She asks, name five female celebrities famous for their image of intelligence? She says Natalie Portman and Angelina Jolie. I might say Jodie Foster. Karrine Steffans is also on show talking about the perils of being a Hip Hop Ho. I am so getting this book. Anyways the gist of the show was that it is lucrative for women to pretend to be stupid in show business. And are young girls going to think it's cool to make a sex video and then leak it?

The other Oprah program is about schools. Now, many of you already know that I think "school" is the longest con ever played out. We teach kids a bunch of boring info within a boring schedule by a regime. I believe in apprenticeship. In hands on, in music and art and science, I believe in teachers. And school is the lamest place to learn or find the shit. Oprah had kids in Chicagoland trade schools. The kids downtown found out their whole high school has been the biggest rip off. The buildings are falling apart, they barely have instruments to play. And the school the city kids went to visit...had Olympic sized pool, state-of-the-art gym, windows, and Johnhopkinsesque science labs. Oh man, what are we supposed to do about this rotten system? The inconsistencies? When I tell Stagg about this he says, Candy, it's America. Well, I say, that downtown school looked like my first high school. And eventually someone burnt my old school down.

I managed to avoid the painting all afternoon. Now we must dance.

Wow, I pass Wriggley Feild every week on my way to dance workshop and tonight it was hopping with the new season. The atmosphere is so radically different than Canadian baseball. Well, the bar scene around the stadium here is massive, for miles. In Toronto the main strip is cold feeling and modern. My friend Suzanne and I used to go to Wayne Gretzky's just for the good tvs and the guys, but in general most residents don't really like the area. But Wrigleyville is warm and the bars and buildings are more established and homey. What are the people in the parking lot doing? Is that tailgating? You would never see this in Canada. Not the same vibe. 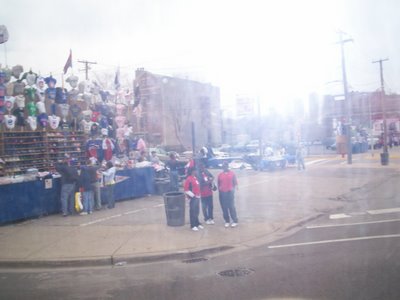 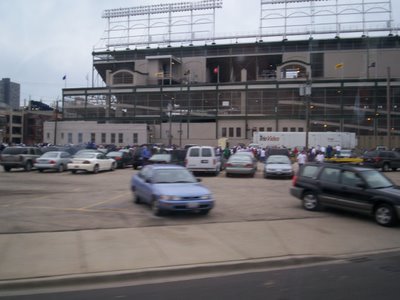 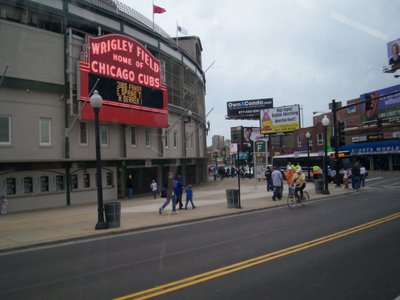 I went to dance early so I could grab a coffee and read Vanity Fair. The article on Suzy Parker was excellent.

On the bus ride home, all I could think about was the ox-tail soup broth I had in the fridge. I'm so hungry after dance. This organic celery is so amazing, so fresh and strong flavour. Is it me or do organic vegies taste better? I put pounds of the celery in the soup. 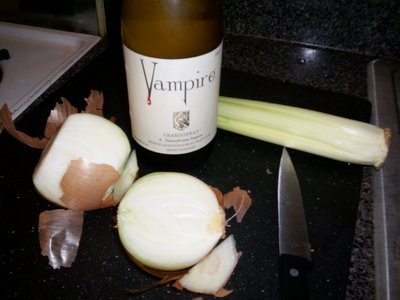 Okay, I do not have a future carreer as a food stylist. We bought this wine purely because it was Vampire. (I used to be really into Goth, I still am I just don't look like it) It is a"A Transylvania Import" Produced and bottled in Translyvania. We were so thrilled. On my way home from dance workshop, I just wanted to cook up some ox tail soup and have a glass of this. I am really into champagne and keep forgetting to pick up red wiine. So my ox-tail soup is going to have a bit of white wine in it, oh well.The following photo is so scary I shouldn't even post it, but I know my sister Kiki (www.cbc.ca/bcalmanac/recipes.html ) a chef will find it hilarious. I find it especially funny considering I have two links here to food blogs, and their photos are so beautiful. Just watch Jamie and Belle actually check into my blog! And they are perfect anyways those two. My God they are like supermodels. And their food photos look so good. I'm a photographer I should be able to do this! Meanwhile poor Stagg, I come home all a mess from hip hop, and open up Vampire wine. Well, lets face it, my savvy is "street", so I guess my food is too, heh heh. 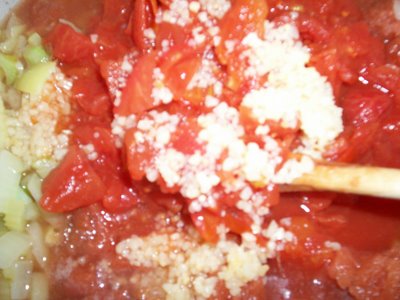 I can't believe it. I'm listed in IMDb I'm laughing so hard. We filmed it in the middle of a Toronto winter that was truly brutal. For a few days it was -22 Celcius. I have no idea what that was in Farenheit, but way below Zero. And one of my jobs was to stay by the camera during breaks. We shot outside on one of the those cold days. I put cayenne in my boots to keep my feet warm. I don't know, is that a real thing or did I just make that up, cayenne in boots? I occasionally run into people from that shoot, and we're always like, "can you believe we worked through that" it was so crazy but a lot of fun. I completely forgot I played a "pool player". I don't even know how to hold a pool cue. I've never seen the movie. But then I've never seen the movie I was in with Kelly McGillis either.

So...my end goal today was to get some soup finished, check. Get to dance class, check. Get some good food into Stagg, check. Make sure "my shows" are recorded (I have a whole world of tv that I watch that Stagg does not...House, Grey's Anatomy, Lost, a shitload of reality tv, Regis and Kelly, Oprah, The West Wing, and anything with Keanu Reeves in it. Right now that is Constantine. Stagg doesn't watch horror movies either. So thats a double strike out) And watch the movie It's All Gone Pete Tong, check. And work on my new painting. Oops.

It's All Gone Pete Tong had a lot of press and I was anxious to see it when it was released because it was directed by Fubars Michael Dowse and I loved Fubar. And it's Canadian.

It was hilarious and had a lot of heart. I think that's an incredible accomplishment in a comedy. We both really loved it. Oh boy, Midnight comes just as fast as 5 a.m.

What a great day.

I am left with many questions...

Do organic vegetables really taste better?
Does cayenne in your boots warm your feet?
Name five female celebrities with image of intelligence?
Will I ever become accomplished at hip hop?
How do Jamie and Belle look so good cooking?
Is Pete Tong a real person?
And what the hell do we do with the education system?
Posted by Candy Minx at 13:03

Massacre at Minx's
What the hell is that bloody mess of red fleshy stuff with bleached brain bits? Tomato and feta I hope?
kiki

Oh my god, it's terrible isn't it? It looks like the operation channel. It's actually chopped tomatoes and garlic. Boy, feta is a really good idea. By the way the $6 Vampire wine was okay, in fact it was refreshing.

when Stagg has stayed with us in Toronto, Tuffy always stocks up on cereal with lots of sugar and gator aide and chocolate chip cookies...heeheeeeheheeee

Pete Tong is a real person. And I can't believe someone has actually seen that film!