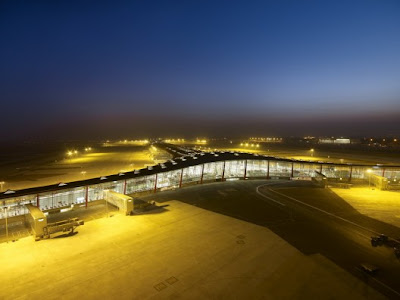 1) After 4 years the Beijing Airport -currently the biggest one in the world- is finished, just in time for the 2008 Olympics. The airport, designed by Foster + Partners, turned out to be a very efficient building in terms of in terms of operational efficiency, passenger comfort, sustainability and access to natural light.

2) As an interpretation of traditional chinese culture the roof of the airport has a dragon-like form. According to Norman Foster [...] this is a building borne of its context. It communicates a uniquely Chinese sense of place and will be a true gateway to the nation. This is expressed in its dragon-like form and the drama of the soaring roof that is a blaze of ‘traditional’ Chinese colours – imperial reds merge into golden yellows. As you proceed along the central axis, view of the red columns stretching ahead into the far distance evokes images of a Chinese temple. 3) Some really cool photos...click on yellow text...
4) 1967 Foster and Wendy Cheeseman founded Foster Associates, which later became Foster and Partners. 1968 saw the beginning of a long period of collaboration with American architect Richard Buckminster Fuller, which continued until Fuller's death in 1983, on several projects that became catalysts in the development of an environmentally sensitive approach to design - including the Samuel Beckett Theatre project. 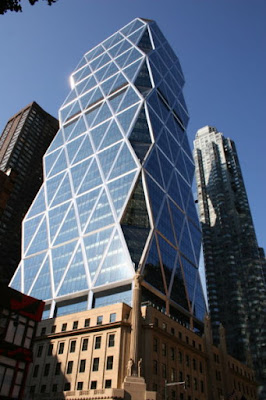 5) The Hearst Tower, New York City. 6) The new building is built on top of a pre-existing base built in 1928 by Joseph Urban. 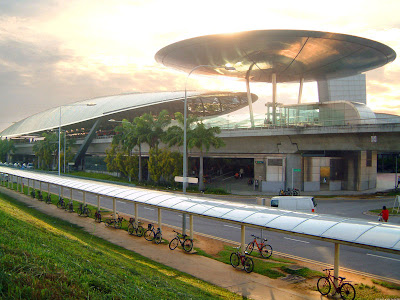 7) Expo MRT Station, Singapore.
8)The group of Foster+Partners based and inspired by Norman Foster who was born in the Reddish area of Stockport, England, to a working-class family. He was naturally gifted and performed well at school and took an interest in architecture, particularly in the works of Frank Lloyd Wright, Ludwig Mies van der Rohe and Le Corbusier. 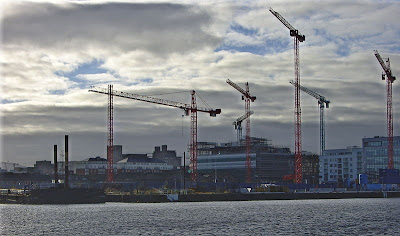 9) The U2 Tower is a proposed landmark skyscraper due to be constructed in Dublin. The site is in the South Docklands (SODO) campshires, at the corner of Sir John Rogerson's Quay and Britain Quay, by the confluence of the River Liffey, the River Dodder, and the Grand Canal. The design announced on October 12 2007 is by Foster and Partners. Its height has been reported at 120 metres or 180 metres, either of which would make it the tallest building on the island of Ireland.
10) It will be an apartment building, with a recording studio owned by the rock group U2 in a "pod" at the top. Construction is to begin in 2008 and end in 2011, at a cost of €200m 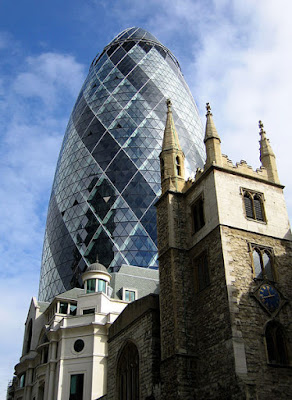 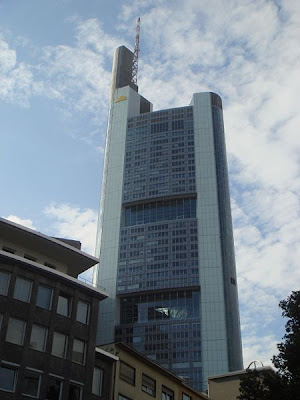 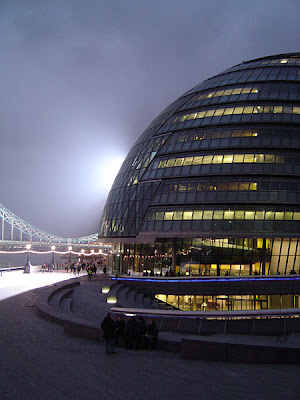 Thursday Thirteen and other visitors can link on Mister Linky.

Wow, these are some amazing buildings. So awesome looking. The architecture is truly fantastic. Great TT and thanks for stopping by my place.

I went back to London after five years away and saw #11 and was astonished! What a strange looking building!

Great pics!! Matthew can't stand #11 though, I don't mind it. Its like a giany crystal egg :) Happy TT

fascinating as always. and I love #11 because it looks like a fantasy novel's setting breaking through into our world.

thanx for stopping by. if you were looking for my tt it is up now. it's about the book i'm hosting a giveaway for next week.

I love your TTs. When the photos are all together - they are amazing. It's easy to see the wonder of these creators!

Interesting and informative. I didn't know anything about these buildings. Happy TT.

Thanks for the Pink Flamingo comment. The Doles live in the Watergate, also.

Magnificent structures. Thanks for the info and the pictures :)

Some unusual buildings there. Over here in the UK, we call #11 the Gherkin.

#10 has to be one of the most interesting looking buildings I've ever seen. Egg-shaped! Definitely different!

I'd seen a report on the Beijing airport on TV, but I had no idea about Foster+Partners' other buildings. Very creative. And hey, I've even seen the one in Frankfurt. Cool.

Those are lovely pictures. Thanks for putting them up here for us to enjoy!

#9 looks extremly impressive - somehow unreal and still beautiful in a way.
Thanks for your visit and happy TT!

These are great experiments on the notion of buildings and space and how we live. Wonderful stuff.

You selected some breathtaking architecture to feature. I esp. like #s 5 and 12.

Surprised not to see the Reichstag cupola in Berlin, which is quite similar to #13.