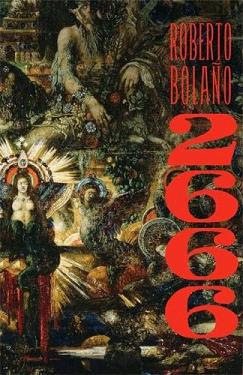 Last year I read the most amazing novel. It was the best novel I read for 2008 at any rate. Right now, my sister is reading it and we've been talking on the phone about it. So I've been re-reading it and taking some notes. It's over 900 pages and quite a mouth full. I think it's really the most incredible book. I just wanted to gather up some interesting excerpts, and it might help inspire someone here to read the book...or help my sister and I focus our ideas when we talk long distance. One set of notes I am taking is listing the artists mentioned in the novel...and the following are just cool excerpts...

***********************************************
The four of them met again at the contemporary German literature symposium held in Salzberg in 1996. Espinoza and Pelletier seemed very happy. Norton, on the other hand, was like an ice queen, indifferent to the city's cultural offerings and beauty. Morini showed up loaded with books and papers to grade, as if the Salzberg meeting had caught him at one of his businest moments.

All four were put up at the same hotel. Morini and Norton were on the third floor, in rooms 305 and 311, respectively. Espinoza was on the fifth floor, in room 509. And Pelletier ws on the sixth floor, in room 602. The hotel was literally overrun by a German orchestra and a Russian choir, and there was a constant musical hubbub in the hallways and on the stairs, sometimes louder and sometimes softer, as if the musicians never stopped humming overtures or as if a mental (and musical) static had settled over the hotel. Espinosa and Pelletier weren't bothered in the least by it, and Morini seemed not to notice, but this was just the sort of thing, Norton exclaimed, one of many others she wouldn't mention, that made Satzberg such a shithole.

Naturally, neither Pelletier nor Espinosa visited Norton in her room a single time. Instead, the room that Espinoza visited (once) was Pelletier's, and the room that Pelletier visited (twice) was Espinoas's, the two of them as excited as children at the news spreading like wildfire, like a nuclear conflaguration, along the hallways and through the symposium gatherings in petit comite, to wit, that Archimboldi was a candidate for the Nobel that year, not only cause for great joy among Archimboldians everywhere but also a triumph and a vindication, so much so that in Salzberg, at the Red Bull beer hall, on a night of many toasts, peace was declared between the two main factions of Archimboldi scholars, that is between Pelletier and Espinosa and Borchmeyer. page 36.

It was Lola, Rosa's mother, who always traveled with a weapon, never going anywhere without her stainless-steel spring-loaded switchblade, Amalfitano remembered as he smoked a Mexican cigarette, sitting in his office or standing on the dark porch. Once they were stopped in an airport, before Rosa was born, and Lola was asked what she was doing with the knife. It's for peeling fruit, she said. Oranges, apples, pears, kiwis, all kinds of fruit. The officer gave her a long look and let her go. Ayear and a few months after that, Rosa was born. Two years later, Lola left, still carrying the knife.

Lola's pretext was a plan to visit her favorite poet, who lived in the insane asylum in Mondragon, near San Sebastian. Amalfitano listened to her explanations for a whole night as she packed her bag and promised she'd come home soon to him and Rosa. Lola, especially toward the end, used to claim that she knew the poet, that she'd met him at a party in Barcelona before Amalfitano became a part of her life. At this party, which Lola described as a wild party, a long overdue party that suddenly sprang to life in the middle of the summer heat and a traffic jam of cars with red lights on, she had slept with him and they'd made love all night, although Amalfitano knew it wasn't true, not just because the poet was gay, but because Lolas had first heard of the poet's existence from him, when he'd given her one of his books. page 164-165.


The dean's name was Augusto Guerra and he had the pale, shiny skin of a fat man, but he was actually thin and wiry. He didn't seem very sure of himself, although he tried to disguise it with a combination of folk wisdom and a military air. He didn't really believe in philosophy either, or, by extension, in the teaching of philosophy, a discipline frankly on the decline in the face of the current and future marvels that science has to offer, he said. Amalfitano asked politely whether he felt the same way about literature. No, literature does have a future, believe it or not, and so does history. Augusto Guerra had said, take biographies, there used to be almost no supply or demand and today all anybody does is read them. Of course, I'm talking aboutbiographies, not memoirs. People have a thirst to learn about other people's lives, the lives of their famous contemporaries, the ones who made it big or came close, and they also have a thrist to know what the old chincuales did, maybe even learn something, although they aren't prepared to jump through the same hoops themselves. Amalfitano asked politely what chincuales meant, since he had never heard the word. Really? asked Augusto Guerra. I swear, said Amalfitano. Then the dean asked Professor Perez: Silvita, do you know what chinaules means? Professor Perez took Amalfitano's arm, as if they were lovers, and confessed that she really didn't have the slightest idea, although the word rang a bell. What a pack of imbeciles, thought Amalfitano. The word chincuales, said Augusto Guerra, like all the words in the Mexican tongue, has a number of sense. First, it means flea or bedbug bites, those little red wells, you know? The bites itch, and the poor victims can't stop scratching, as you can readily imagine. Hence the second meaning, which is restless people who squirm and scratch and can't sit still, to the discomfort of anyone who's forced to watch them. Like European scabies, say, like all those people with scabies in Europe, who pick it up in public restrooms or in those horrendous French, Italian, and Spanish latrines. Related to this is the final sense, call it the Guerrist sense, which applies to a certain class of traveler, to adventurers of the mind, those who can't keep still mentally. Ah, said Amalfitano. Magnificent, said professor Perez. Also present at this impromptu gathering in the dean's office, which Amalfitano thought of as a welcom meeting, were three other professors from the literature department, and Guerra's secretary, who uncorked a bottle of Californian champagne and passed out paper cups and crackers. page 200.

In Detroit, Fate rented a car, and after he checked a map from the car rental agency, he headed to the neightborhood where Barry Seaman lived.

Seaman wasn't home, but a boy told him he was almost always at Pete's Bar, not far from there. The neighborhood looked like a neighborhood of Ford and General Motors retirees. As he walked he looked at the buildings, five and six stories high, and all he saw were old people sitting on the stoops or leaning out the windows smoking. Every so often he passed a group of boys hanging out on the corner or girls jumping rope. The parked cars weren't nice cars or new cars, but they looked cared for.

The bar was next to a vacant lot full of weeds and wildflowers growing over the ruins of the building that had once stood there.On the side of a neighboring building he saw a mural that struck him as odd. It was circular like a clock, and where the numbers should have been there were scenes of people working in the factories of Detroit. Twelve scenes representing twelve stages in the production chain. In each scene, there was one recurring character: a black teenager, or a long-limbed, scrawny black man-child, or a man clinging to childhood, dressed in clothes that changed from scene to scene but that were invariably too small for him. He had apparently been assigned the role of clown, intended to make people laugh, although a closer look made it clear that he wasn't there only to make people laugh. The mural looked like the work of a lunatic. The last painting of a lunatic. In the middle of the clock, where all the scenes converged, there was a word painted in letters that looked like they were made of gelatin: fear. page 241
Posted by Candy Minx at 12:04

Reading these is like going to a rose garden expecting an orderly English garden and finding a lush riot of flowers so thick you have to pause at each one to savor ....

I read an entry on your blog covering the visit of Paulo Faria, the Portuguese translator of Blood Meridian. My fate is similar, I am translating BM into Czech.
I have been trying to contact Mr. Faria through his publishing house, but to no avail. Would you please provide me with his email address (of course if you think that he would not mind)? I would like to thank him for his comments on www.cormacmccarthy.com forum and possibly include him in my translation acknowledgments. My email address is svoboda.martin(at)gmail.com. Thank you very much, looking forward for hearing from you,

Gardenia, it's a pretty strange and intense read all right. I'll put a link to an online access to one of his short stories later today.

Martin, fantastic to hear from you! My husbands family is Czech. I'm going to go and forward your e-mail address to Paulo right now okay? Thanks so much for visiting my blog and leaving a comment.

I am fascinated by the translation process. I wish you the best of luck and progress!

Sounds interesting. I will have to write t his one down and hope to find it sometime when I have a few extra dollars next time I am at B & N. (Barnes and Noble.. LOL!!).

Dear Candy,
thank you very much for your help - Paulo sent me an email this morning. I am planning to write back to him as soon as possible (may be asking him some questions).
Yes, the translation process is indeed fascinating, but I have been living with Cormac McCarthy' BM for almost 18 months (daily, nightly), so you can imagine I am quite exhausted and overwhelmed now, with two weeks left to the publishing deadline. Most of the problems have been solved but there's always some polishing to be done.
Thanks again for the contact, keep blogging,

PS: BTW, where's your husband's family from? I live in Prague but I was born in Valašské Meziříčí and lived quited a few in Olomouc. Does that sound familiar to your husband :-)?

Hey Martin, glad things worked out. And all the best in this tough next two weeks.I hope if you haven't already visited some of the locations of McCarthy novels...that some day you are able to. Have you translated any of his other works? I will have to check with my mother in law fo info...I'll e-mail when I find out. Cheers!