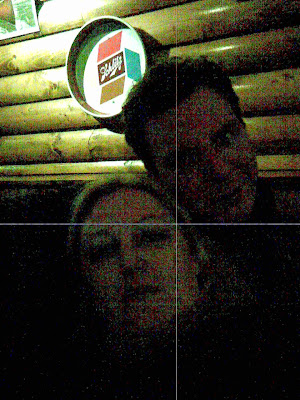 I found a few pics in my cell phone that I had forgotten about...plus a few odds and ends from this weekend. Above is Stagg and I on December 24th. We stop in at this bar sometimes after leaving his parents up in burbs. 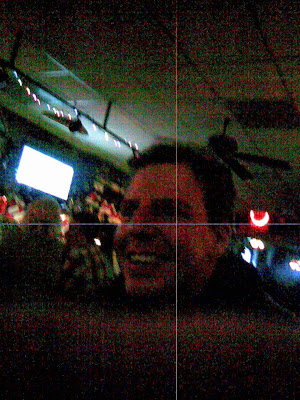 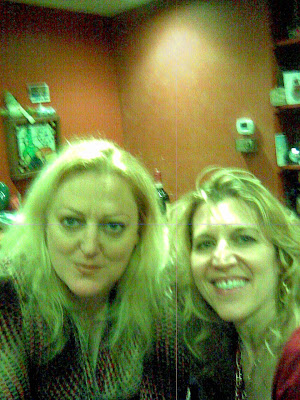 Me and Kim Stagg's cousin this past winter holiday. When they were growing up they had similar interests and were good buddies and used to go to nightclubs or go to concerts together. I love her. 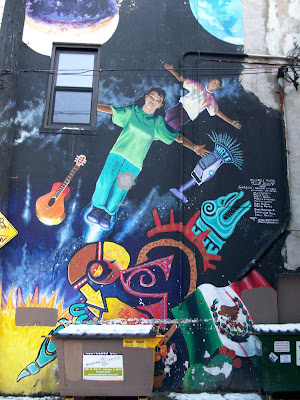 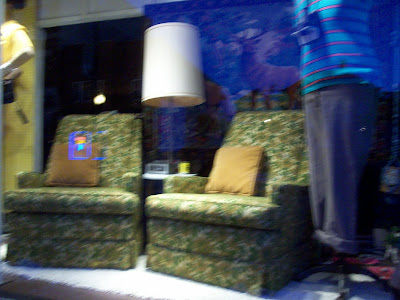 I took this picture because these are like the chairs I want to get. 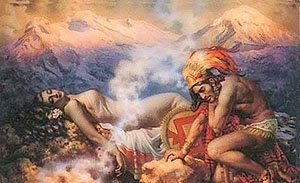 In Aztec mythology, the volcanoes were once humans who were deeply in love. This legend features two star-crossed lovers, the young brave warrior Popocatépetl and the beautiful princess Iztaccíhuatl. The father of Iztaccíhuatl, a mighty ruler, placed a demanding condition upon Popocatépetl before he could take Iztaccíhuatl as his bride. His mandate required that Popocatépetl first engage in battle against the tribe’s enemy and return victorious. Variations of the legend include the added stipulation that Popocatépetl needed to return with the vanquished enemy’s head as proof of his success.


Iztaccíhuatl and prince Popocatépetl - Artist Jesus Helguera
The story continues with Popocatépetl setting off for battle with Iztaccíhuatl waiting for her beloved’s return. Treacherously, a rival of Popocatépetl’s sends a false message back to the ruler that the warrior has been slain when in fact, Popocatépetl has won the battle and is ready to return to his Iztaccíhuatl. However, the princess upon hearing the false news, falls ill and succumbs to her deep sorrow, dying of a broken heart. When Popocatépetl returns triumphant to his people only to encounter his beloved’s death, his heartbreak is inconsolable.

He carries Iztaccíhuatl's body to the mountains whereupon he has a funeral pyre built for both himself and his princess. Grief-stricken beyond measure, Popocatépetl dies next to his beloved. The Gods, touched by the lover’s plight, turn the humans into mountains, so that they may finally be together. They remain so to this day with Popocatépetl residing over his princess Iztaccíhuatl, while she lay asleep. On occasion, Popo will spew ash, reminding those watching that he is always in attendance, that he will never leave the side of his beloved Izta. From: here 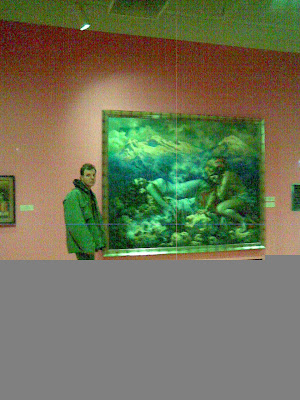 Stagg in front of a version of this painting and beloved legend. 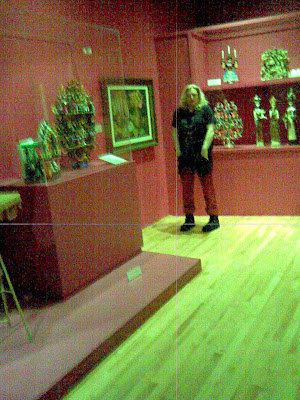 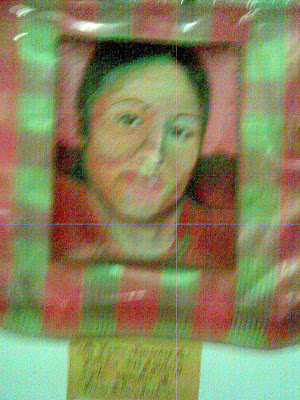 Artowrk by Victoria Degaditio...sorry about quality I was using my cell phone. I forgot I even had my camera with me! BUT...listen...this is a painting in tribute to one of the women killed in Jaurez. Remember my post on femicide? 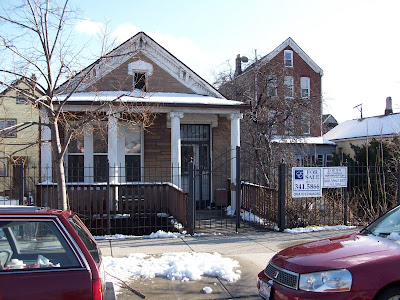 I took this picture because Stagg and I really want to live in Pilsen. Either this neighbourhood some day or downtown. I haven't phoed the number yet...I should do that now. Remind me and I'll tell ya how much they are asking, okay? 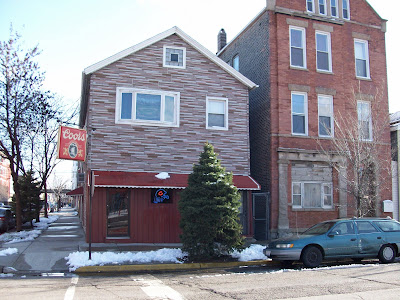 This is one of my favourite bars in chicago. Not because it's nice, plays cool music or is fun. The bartender is a curmudgeon. He is just like so sour. We even went here with my daughter and her friend...it's like as much a cultural event as any museum. 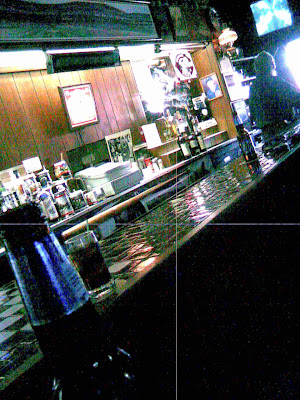 This is inside the place. And the other day, the guy just totally abused us. He has a special place in his heart for Stagg. And for me, well he loves it that I placed an order...he is especially fond of strong women. But...I can't not go there...even my daughter txted me when I said we weregoing to this museum in Pilsen she said, "you have to go see that bartender".
Posted by Candy Minx at 17:06

Some pretth neat photo's Candy and Stagg.. LOL.. It looks like some one else thanked you also in another language I see... Boy is that neat to see but unreadable to me..LOL.. Take care and cheers.

Glad you liked the pic Tweetey. Wow what an amazing comment...probably an advert huh? heh heh

I want a cell phone like yours so I can have images with cross-hairs. Seriously, I barely use the phone but love the strange dirty quality that you get.

Oh I hope your get your home - I can honestly say I have NEVER had a good renting experience. Now is a good time to buy - I am hearing of interest rates down as low as 4 point something percent!

Thanks for finally writing about > "Random Photos" < Loved it!

Here is my blog post; payday loans no credit checks