I took a sculpture class at York University when the Vietnam Memorial was going before Congress to discuss the reaction to Maya Lin's design that won a blind jury selection. The reaction to Lin's design and memorial was mixed. The design was called a black gash of shame and nihilistic....among other things. My sculpture prof got another prof to come to our class and speak about the sculpture design for the Vietnam memorial and the controversy. Tim Whiten had served in the Vietnam war and was an artist. He told us how during his time in Vietnam he had managed to score an empty train car and he set it up as a studio. He had many insights to his feelings about the Vietnam Memorial and some of the reaction he felt was because the design was so powerful triggering political shame, racism and gender stereotypes (the winning sculpture was designed by a female Asian-American) and confusion (in part because of the abstract aspects of the memorials design). It is amazing to reflect on this controversy and fear of the sculpture since it has been long resolved and embraced once it was constructed by vets and their families and tourists and visitors.(by commissioning a more old-fashioned representational sculpture of soldiers in bronze to be placed nearby the winning sculpture). The Vietnam memorial is one of my most favourite sculptures. The first time I saw it in person was such an emotional and inspiring visit to walk up to an open park and not even see the sculpture until you come around the bend...and it's incredible design hits home. It is like a trench. It really is a brilliant sculpture. On each visit since I find the work keeps on giving and is as powerful and enduring. And now...decades later it's influence on sculpture and memorials is obvious and all encompassing. It really likely is the most influential piece of art, at least in sculpture, than any other piece of contemporary art. Watching the opening of memorials (Ground Zero and Flight 93 unveilings) for 9/11 all morning the influence of Maya Lin's sculpture is impressive. It's quite mind boggling to remember there was ever a controversy in the early 1980's about the Vietnam Memorial at all seeing how it is now such a major influence on subsequent public sculptures and memorials. 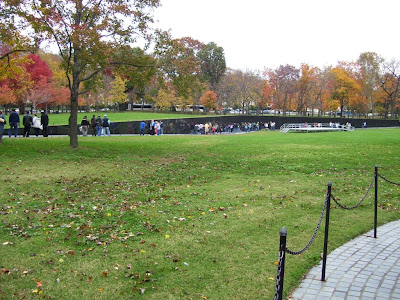 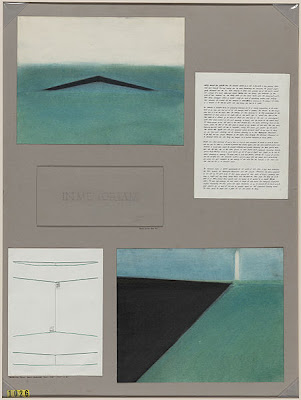