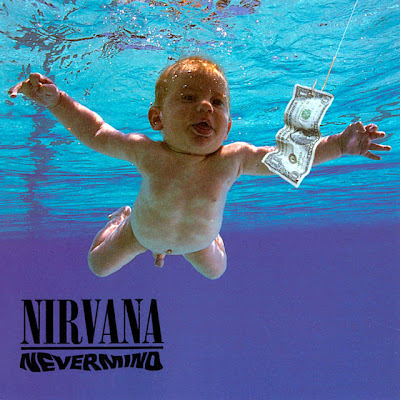 Where were you when Nevermind was released? It had been a long time since one record album had made such a noise. I was living in a huge loft on the east side of Toronto. I was single back then and dating musicians. I had a rule not to date musicians but you know what they say about rules. I was dating a guy who played guitar in a local cult punk band. I was working two jobs and a full-time parent. The loft had huge windows, 15 foot high ceilings, hardwood floors and I painted all the main room walls black. I was listening to Soundgarden, Smashing Pumpkins, L7, Janes Addiction, DOA, Faith No More, and was already familiar with Nirvana via Bleach. On Tuesday and Thursday nights I was at improv workshops, on weekends I was usually at a live music show or a party. And at those parties or clubs Nirvana's Nevermind was a mass head banging phenomenon. Everybody had heard "Smells Like Teen Spirit" and it appealed to all kinds of music fans. Even cynical sour urban slackers were excited about Nevermind. And so were many old school rock fans. Hell, even my parents had heard of this new record. There wasn't a party I went to that didn't play this album. Every song was a masterpiece and the lyrics and heavy rock melodic sounds bonded dancers and shoegazers.

I was already lovingly familiar with the Pacific Coast sounds coming from mostly Seattle having seen Soundgarden in Vancouver and I would buy any record from Sub Pop Records on faith. Yet these records and bands were seen as messy and mostly alternative. Some naysayer coined the term "grunge" to insult the scene coming from low-employed dead end towns on the west coast. On the radio in Oregon, Washington, and B.C. Led Zepplin and Jimi Hendrix had never gone out of style out there and kids growing up on the west coast were immersed in anthem rock. And making it their own and fresh. Sad. Fresh. Angry. Misunderstood. Beaten. Cozy. Suspicious: west coast psyche complete. And all of a sudden tons of young people felt the same way and Nirvana sang it.

Damn. When Nevermind came out I was still "young". Looking back and thinking about this album I see just how young I was. Ouch. Bittersweet.

When Kurt Cobain died I was heading home in the afternoon in a taxi. The driver and I had been chatting when news of Cobains death broke through a news report. The rest of the trip I was crying. When I got into my apartment (not the loft anymore) I could see that my answering machine had several messages. Yes, answering machine. I didn't have a cell back then or digital messaging. A little tape machine with lights that blinked to notify messages. I knew what the messages would be about. They were from friends wondering if I was "okay"...and where were we gonna go drinking to mourn? I landed up bar hopping that night with Dave and Martina all around our neighbourhood asking places to play Nirvana. If they didn't have any Nirvana we'd leave. And then we'd say...oh they'll be playing Nirvana by next week. They had no idea.

That week after endless montages about Nirvana on tv, and the constant playing of Nirvanas "Unplugged" (which I couldn't watch, it just upset me) I tried to make a pledge that I'd never cry for a rock star again. I was done. I would brace myself for the early death that seems to be an occupational hazard of being such a celebrity. I have not been successful with my pledge. These beautiful musicians that seem to implode always break my heart again and again. The high cost of not ever becoming cynical.
Posted by Candy Minx at 18:47

I was teaching a popular music class at the University. One feature of the university was that it allowed senior citizens to take classes and even matriculate free.

I had this one couple. They were both eighty-five if they were a day. And very old-fashioned. The wife would never speak out loud in the class. The husband would raise his hand, they'd then whisper a few seconds to each other, and then the gentleman would preface his remarks with the words "My wife and I think.... "

So, I showed the "Smells Like Teen Spirit video" in class a day or two after its debut on MTV (which used to actually show videos back then). I then threw it out to the class for impressions.

Well, the old man raised his hand. After conferencing with his wife, he said, "My wife and I think that's the most depressing thing we've ever seen."

I thought they might have been referring to the yellow-tinted darkness of the video, the modal melancholy of the vocals--not that any of us at that time could understand the lyrics. So I asked them if that opinion was due to the fact that the video had looked like it was shot through snot.

The wife shook her head. The old man said, "It's that kid, singing. He looks depressed. He looks like he oughta be in the hospital."

The rest of the class then engaged the couple in a very amicable, but spirited debate. The kids were trying to inform the elders on stles, posing, ethos, and so on, and how the video fit into all of this.

That only drew more concern from the elderly couple about the mental health of the lead singer.

Of course, talking to some of the students later that semester or the following year, they would sometimes recall that discussion, wondering how the old people could be so clueless.

I wonder if they still recalled the discussion the day Cobain took his life.

Wow, what an incredible view from that couple. Very interesting. You know, the shock i had about him not only dying but taking his own life...was that I thought his music and lyrics and even his sad persona was a kind of knowledge. I thought he "got it" in a good way. Not in a serious depression. I thought his work meant he had come out the other side.

X, it is interesting to compare all the notes you had abut Anne Sexton to the life of Cobain and interviews he gave. Like Sexton, I think there will be generations of people studying him as well. Thanks so much for your memory and the images it stirred in me about you teaching..the students and discussion.


You know earlier Cobain had o'd in Italy. And he had survived. I remember that week SNL "news" had a joke...."This week Kurt Cobain tried to reach nirvana". I always wondered if they felt crummy about that joke later.

Oh other weird timing....like remembering that SNL joke. Timing played into things around Cobain's death. The issue of SPIN was Soundgarden on the cover and the caption was "Soundgarden kills grunge dead". Spooky. And then his wife's best album came out and she was on the cover of SPIN about a week or so later.

I was headed to Japan in 1991, and I missed the whole grunge thing! Beautiful post, tho, Candy :-)

I have read so many posts regarding the blogger lovers but this paragraph is genuinely a nice piece of writing, keep it up.