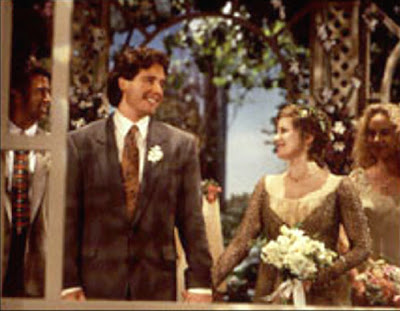 I was so surprised that All My Children was leaving tv. I believe it may be continued on the internet, but I'm not sure. I've had several girlfriends who loved this series over the years. All of them have watched it their whole lives. I wasn't a soap person. I thought they were really jokes when I was a teenager. I thought all kinds of stereotypes when I was around 15 or 16 that soap operas were "bad'. The funny thing is once I became a parent and made friends with other parents I started meeting women who loved these daytime shows. I have one dear friend who skipped school to hang out with her mum and watch these soap operas! So, I got turned on to AMC a long time ago. I haven't watched it religiously but have gone through times when I have watched it every day for years at a time. I felt a lot of nostalgia and care for my girlfriends who have been so invested in the stories and characters for so long. I am really grateful that the women I have loved who loved this sopa opera...taught me to not be a snob and to not judge people by the entertainment they watch. To see the value in mainstream pop culture media and entertainment. I am so happy i am not an art, tv and music snob and this very daytime tv series was a major part of my learning about culture, taboo, customs, and human nature and tolerance. 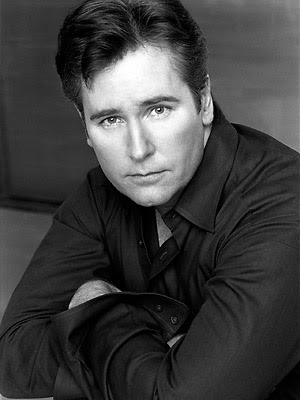 Michael E. Knight played one of my favourite enduring characters. Up or down whenever I checked in I always cared about his work and his story. Even his character's name was a riot. Tad. The relationship between Tad and Dixie (below) has been studied by anthropologists and there are really fascinating articles about them. Check out Wikipedia page...for books to read. A very different treatment of Soaps than the stereotype. Camille Paglia also wrote some great things about soap operas and how they have helped women gain empowerment especially in societies outside the US. Try finding her notes here at Google books 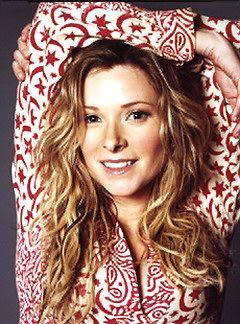 I have a friend who just loved Dixie. Dixie was one of my faves too. Cady MacClain was really really good. I don't even want to talk about her being killed off. It's always going to be one of those events in tv history that people will talk about. 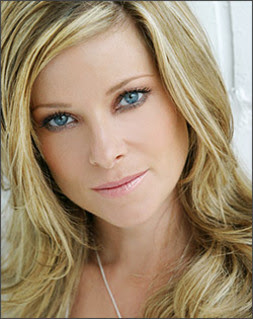 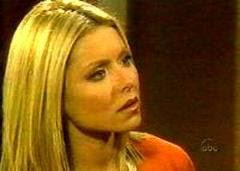 Kelly Ripa played a crazy gal Hayley. She had the most amazing face. And she had terrific action in the show. It's funny how significant she became to me since she moved to my favourite talk show ever. I have been watching Regis in the morning for a LONG time. 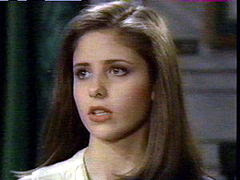 I loved the storyline of Kendall, Erica kane's daughter way back...played by Sarah Michelle Geller. Yes, of course, I was a HUGE Buffy fan.
Posted by Candy Minx at 11:34

I miss it so much. You know, those of us that have watched it for 40 years, would have watched it another 40. I WILL NOT watch, "The Chew" on principle. The ABC spin doctors said The Chew was geared to ages 18-40, the audience they want to attract. Well, I'm going to be 53 in a month. Guess they are not interested in me.

Aw, Maribeth, that sucks. I tried watching The chew and it didn't suit me right now. Is it possible the AMC is going to be online in the future?