Kiss Them For Me


Siouxsie is one of the best performers I've ever seen live. I would also be at the record store before they opened to get any of her new albums and I would buy everything, EP's (which is such a funny archaic term now) and import prints of her music. Her record albums were also always gorgeous with all kinds of art history references like Klimt, DuBuffet, Cecil Beaton, and occult, gnostic, kabbalah references in her lyrics. (Below is a remix of the song "Kiss Them For Me" with Robert Anton Wilson speaking) Of course, Siouxsie is on my top Female Rock Singers List

Siouxsie & the Banshees were a British rock band formed in 1976 by vocalist Siouxsie Sioux and bassist Steven Severin, the only constant members.

The group also became inspirational in the creation and development of gothic rock and their style also combined elements of pop and avant-garde.

Following a lengthy break, the band recruited keyboards player Martin McCarrick and the ex-Specimen guitarist Jon Klein and recorded the 1988's Peepshow with non-traditional rock instrumentation including cello and accordion. Q magazine praised the album in its five-star review : "Peepshow takes place in some distorted fairground of the mind where weird and wonderful shapes loom." The first single "Peek-a-Boo" used abrasive sounds over a pop texture : it was their first real breakthrough in the United States.

In 1991, the Banshees returned with the single "Kiss Them for Me", mixing strings over a dance rhythm. This single peaked in the U.S. singles charts at number 23, allowing them to reach a new audience 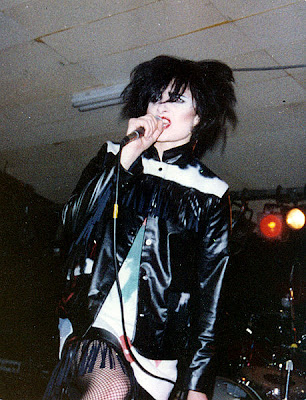 Siouxsie & the Banshees influenced many musicians of different genres. The Banshees had a strong impact on two main trip hop acts. Tricky covered the b-side "Tattoo" to open his second album Nearly God; the original version of that song helped Tricky in the creation of his style. Another trip hop group Massive Attack sampled "Metal Postcard" prior to record Mezzanine : one of their leaders 3D also explained that for this album, his band "let the sounds of the new wave acts like Siouxsie get in their music". Popular solo musician Morrissey stated in 1994 that "none [...] are as good as Siouxsie and the Banshees at full pelt. That's not dusty nostalgia, that's fact." Another ex-member of The Smiths, Johnny Marr mentioned his liking for Banshees'guitarist John McGeoch. Shirley Manson of Garbage wrote in the foreword to Paytress's Banshees biography, "I learned how to sing listening to The Scream and Kaleidoscope. Today, I can see and hear the Banshees' influence all over the place." She also stated that her all-time favourite singers are Siouxsie and Frank Sinatra. Guitarist Dave Navarro of Jane's Addiction also made a parallel between his band and the Banshees in Siouxsie's official biography: "There are so many similar threads : melody, use of sound, attitude, sex-appeal. I always saw Jane's Addiction as the masculine Siouxsie & the Banshees." The Cure leader Robert Smith declared in 2003 in Mark Paytress's Siouxsie biography : "Siouxsie and The Banshees and Wire were the two bands I really admired. They meant something." He also pinpointed what the Join Hands tour brought him musically. "On stage that first night with the Banshees, I was blown away by how powerful I felt playing that kind of music. It was so different to what we were doing with The Cure. Before that, I'd wanted us to be like The Buzzcocks or Elvis Costello, the punk Beatles. Being a Banshee really changed my attitude to what I was doing." Other famous acts named the Banshees. Radiohead cited John McGeoch'era Siouxsie records when mentioning the recording of the song "There There". U2 selected "Christine" for a Mojo'compilation and The Edge was the presenter of an award given to Siouxsie at the Mojo ceremony'2005 .

Siouxsie & the Banshees's music still continues to be an influence in modern music today. LCD Soundsystem leader James Murphy was marked by certain Banshees albums during his childhood. Later in 2005, his band LCD Soundsystem LCD Soundsystem covered "Slowdive" as a B-side to the single "Disco Infiltrator". Santogold based one of her songs on the music of "Red Light". "'My Superman' is an interpolation of a Siouxsie Sioux song, 'Red Light,'" she explained. "The only reason I'm calling it an interpolation is because we have to." "I have no problem with it because I love her song and I love this song." The Beta Band sampled "Painted Bird" on their track "Liquid Bird" from the Heroes to Zeros album. Devotchka covered "The Last Beat of My Heart" on the suggestion of Arcade Fire singer Win Butler : it was released on "The Curse Your Little Heart" EP. The Mars Volta covered "Pulled to Bits", b-side of "Playground Twist" single, on their single "Wax Simulacra" (released on November 18, 2007). From here 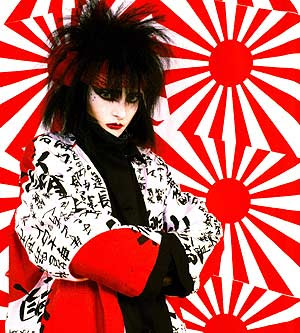 It's in point of fact a nice and useful piece of info. I'm happy
that you just shared this useful information with us.
Please stay us informed like this. Thank you for sharing.