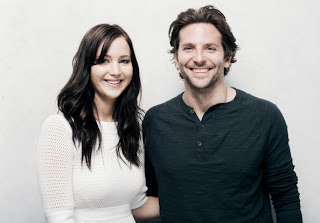 "Get obsessed and stay obsessed" The Hotel New Hampshire

I love a really good family story. I've written here a bit about movies that feature patriarchy damaging or preventing positive relationships. Movies like The Descendants, Tree Of Life, The Shining, have in common with Silver Linings Playbook a family in chronic crisis by the oppression of male domination on cultures or microcosms.

When I first watched Silver Linings Playbook I was a nervous wreck, mostly that I felt something terrible was going to happen at any moment. The tension in the family and competing obsessions made me very nervous and uncomfortable. I thought someone was was going to get physically hurt, or die. I also laughed a lot as the characters are very funny. This movie had me on edge. As soon as it was over...I watched it again!

I really loved this movie and this family. And it has stayed with me for the last few weeks. One of the overwhelming feelings I got from the movie was that each family member had such intense fixated obsession and these shut out the other characters. These obsessions damaged intimacy and trust.

The movie to me is absolutely brilliant because it is when the obsessions are accepted and brought together as a whole for each part of the family...the obsessions benefit the whole community. It is a balance of allowing and tolerating these obsessions just enough...not to let one of them control or overtake the family. But when the family shares their obsessions and perspectives equally with each having a voice...magic!!!

Don't Be Afraid To Ask

Well, I've been working on the soundtrack for my new film "MAKING SEX".

I bartend at Old Town School Of Folk Music, so it's not unusual for me to serve to several people with instruments around their necks jamming. It's not unusual for me to serve half a dozen people with banjos on their necks ordering beer. It is weird...that I instictively asked one such customer if she would be interested in playing banjo for my film. She said yes. I didn't know anything about her and hadn't heard her play. I just had a crazy idea to ask.

Don't be afraid to ask.

Turns out Betsy Odom is a sculptor in Chicago as well as a banjo player. And her sculptures have a lot to do with gender, identity and humour. WOW! Perfect, right? So amazing we had such siilar interests in making art. Betsy came over yesterday and we recorded some stuff. I hope you enjoy the video.

Please check out Betsy Odom's website where she has all kinds of pictures of her work!!! click here...Betsy Odom

I also asked my good friend Jenny Urban to come over and play some drums for my soundtrack. Jenny is a Chicago drummer who does band work and session work all over the place and is in a couple of local bands.

Here is Jenny playng on a propane drum...

Of course...recording a soundtrack turns out to be much like working on principal photography for the film. So naturally...we needed craft service and catering...which I then made so much food it was ridiculous. I made two roast chickens. a huge dish of meatloaf, mashed potatoes, roasted potatoes, carrots, onions, brocoli cheddar bacon salad, a mammoth apple pie. Add beer and coffee and you're off!

And on top of all this...Betsy and I started to make plans to make a film together within the next couple months!!! Isn't life grand? It is such a great life when you let your imagination go wild!!! 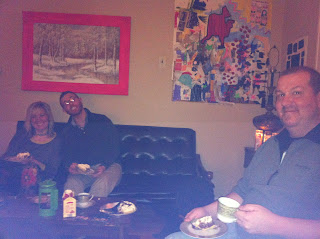 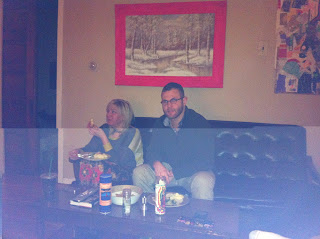 These pictures are taken over the last couple weekends. I've been cooking up a storm and we've had fiends over. Above is Tricia with her friend Jeff who just moved here from Knoxville. Below is Jason a friend from Old Town School...and Stagg. 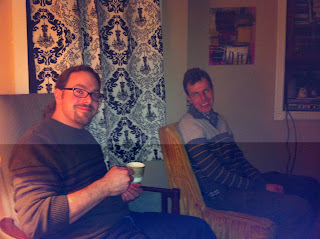 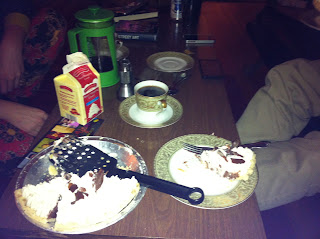 Jason brought some choclate pie and whip cream...lots of coffee we drink too! 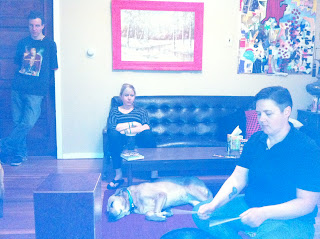 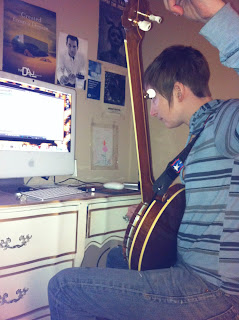 This is Betsy watching my film and playing along...also using the tuner function on Garageband... 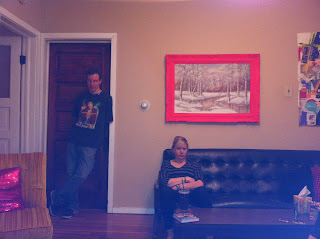 Stagg and Trica looking all street... 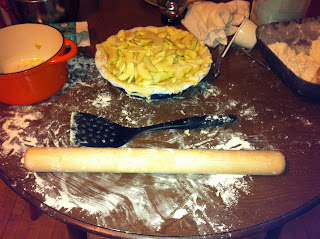 Last week i used a cold white wine bottle to roll pie crust. I picked up the ninja rolling pin you see above the other day. Using a wine bottle was difficult because I could't get crust thin enough. 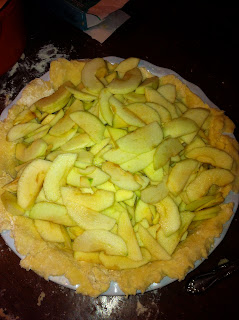 Still Working On It...

Well, most of the film is edited together...I'm teachng myself how to record and mix some music...I basically haven't been able to find someone to work with...so I do it myself. I need to have soundtrack, credits and dvd version ready to enter film festivals by end of next week. No pressure...but it's good. Made for some tossing and turning at night but I'm getting there...above is the silent trailer which I'm posting again for visitors looking to watch my trailer so they don't have to scroll down the blog. Thanks for visiting!
Posted by Candy Minx at 13:27 No comments: 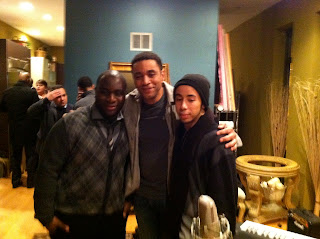 I didn't get to posting many pics here lately...this is actually New Years Day. Yes that is Xavier one of the fellows who worked camera for me in November. And yes, that is Harry Lennix (Commander Lock from Matrix 2 and 3). Stagg and I went to this great party and had some awesome conversations. Harry Lennix is an avid storyteller and he told some great anecdotes with thoughtfl insight on some current movies. I was very inspired as he showed me some aspects of movies and their representation of people that may be positive and negative. I actually would love to interview him...and I even got inspired to build a character...maybe he could play that character...dreaming big on one of these cold winter days...I actually had this brain storm the other day. I've had a feature film script wrestling in my head for a few years...and this one particular scrpt I realized would be great as a tv series. So somehow...I'm going to write a pitch and outline for a tv series with a few episodes. When am I going to have time to write this? I don't know...hopefully I will write it on a beach in Cannes in the next few months. Dreaming big as I said... 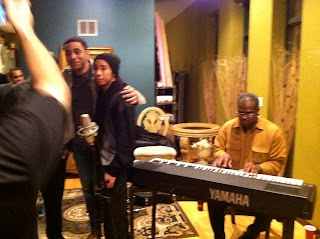 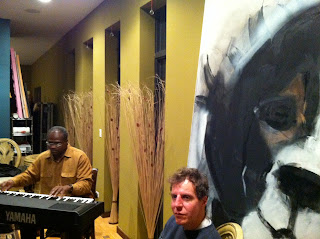 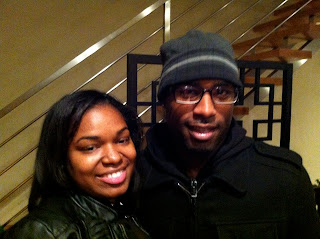