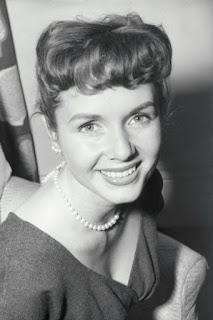 Liberace's mum. My god, to see Debbie Reynolds play the role of Liberace's mum was really a spectacular casting and performance. She was perfect. A lot of people always wonder if there will be "artificial intelligence"...a life form that thinks and exists on it own. In some ways I have these sensations when it comes to stories, movies and characters that there is this alternate world where we live in our dream states. Just the relationship and story of two Goddesses, mother and daughter, entering our collective consciousness is a kind of persona existing on it's own. I've been reading a very difficult set of writings from and referencing antiquity. I can hardly read them as they seem to be talking about something else, some other kind of human. But every now and then....the descriptions form into a metaphor that is applicable and travels universally from the past to today. I feel like the movie "Singing In The Rain" has a connection to all the kinds of stories from the past as a bridge. In a film class I attended way back at York University, we were presented the movie because it had such a great subtext of silent films transforming into talkie films. The movie itself explores archaic structures changing into contemporary narratives and how stories and characters become immortal...without ever being set in the actual time frame it was produced in. I feel such a profound connection to the career of Carrie Fisher, and her mother, who seems to represent the old Hollywood storytelling, and being reborn through her daughters storytelling. The other role I loved of Reynolds was the mother on "Will and Grace". However, I can not even begin to describe the influence of "Singing In The Rain" on me or how many times I have seen it since that film course so long ago. I've been nothing less than obsessed with it at times and it is on my Ultimate Top Five Movie List. There is a reason we call movie stars movie stars. They are our guides for helping us to navigate through life. I feel like Debbie Reynold's motif was to not be a sore loser, to pick up and get going at the work of life and art and make people laugh while doing it. I don't think she would have wanted to leave us with such a sad script tonight, but I bet she is writing some good one-liners in heaven about the whole thing. In fantasy and in reality Reynolds created a persona that we can actually imagine existing invisible and eternal.
Posted by Candy Minx at 23:54 No comments: 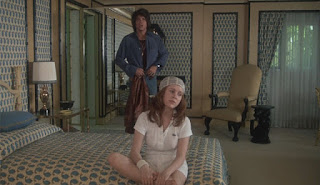 Debbie Reynolds might be one of the greatest storytellers ever. You know she must have said we will keep her for Christmas. Let people have their time and prepare for the loss. You know then they waited. Maybe for a miracle.Maybe they wanted to wait for the media to slow down on George Michael. I don't know. But that classic storytelling and 'show time' we saw in "Postcards From The Edge" (ending hospital scene) just makes me think, Reynolds wanted to honour this passage.With Reynolds as a mother, it's no wonder her daughter was such a great storyteller. I love the movie SHAMPOO. It was some kind of critical failure but I thought it was an incredibly profound story part funny and part able to portray the bankrupt culture that dominates the world. Carrie Fishers character in "Shampoo" kind of was a foreshadow of Paris Hilton, Miley Cyrus and Kim Kardashian...the sophisticated poor-little-rich-kid who the public doesn't think should be famous. Somehow Fisher's whole career seemed to be meta and self-referential as a motif of our times and mixed up tragedy in celebrity culture.. Two of my favourite recent performances of hers were her wicked cameo in "Maps To The Stars" and as a judge on the reality show "On The Lot." Goddamn she was so bloody funny about life and most especially funny about work and love.
Posted by Candy Minx at 23:53 No comments: 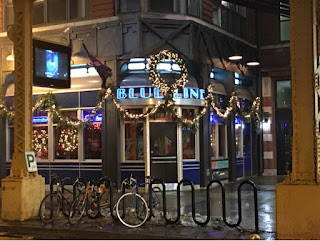 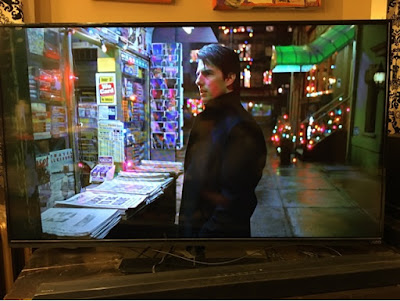 Curious about the name or significance of the street names in this clip. I noticed them while re-watching "Room 237." The wren is a migratory bird and is celebrated in ritual on "Wren's Day" or on St. Stephens Day, which is December 26. The wren celebration may have descended from Celtic mythology. Ultimately, the origin may be a Samhain or midwinter sacrifice and/or celebration, as Celtic mythology considered the wren a symbol of the past year (the European wren is known for its habit of singing even in mid-winter, and its name in the Netherlands, "winter king," reflects this); Celtic names of the wren (draouennig, drean, dreathan, dryw etc.) also suggest an association with druidic rituals. (Wiki) 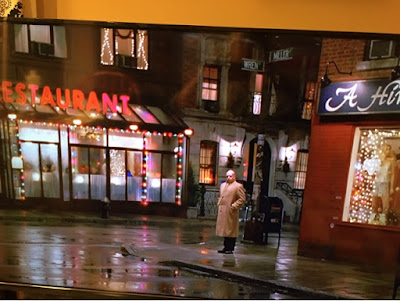 Also from Late Latin molina, directly or indirectly, are German Mühle, Old Saxon mulin, Old Norse mylna, Danish mølle, Old Church Slavonic mulinu. Broader sense of "grinding machine" is attested from 1550s. Other types of manufacturing machines driven by wind or water, whether for grinding or not, began to be called mills by early 15c. Sense of "building fitted with industrial machinery" is from c. 1500. 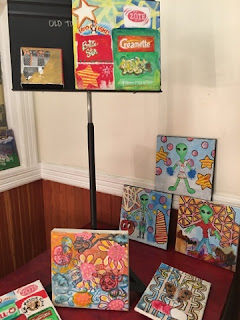 Stagg and I had two different shows this past Friday night. We did pop up shows in the south side and north side of Chicago. Stagg did his in a warehouse in southside for DJ show and event. Mine was at our Armitage campus at Old Town School. So fun, but I woke at 5 a.m. and delivered art, cooked, worked a concert and then picked up Stagg at 3 a.m. I was tired for a couple of days! 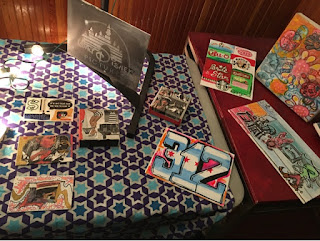 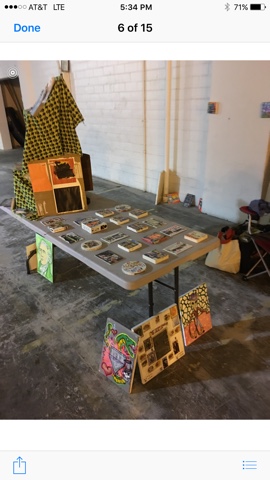 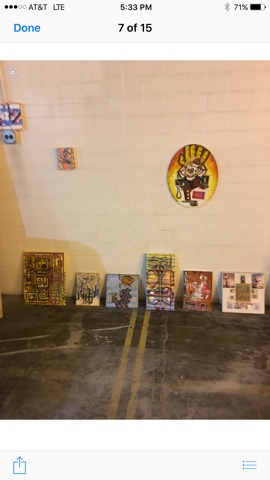 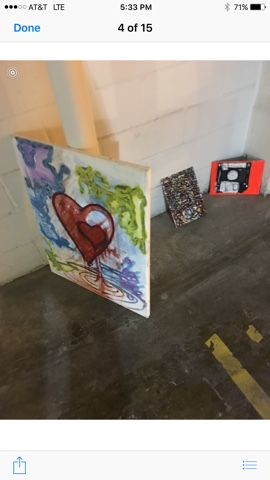 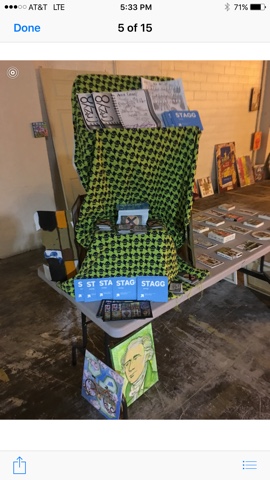 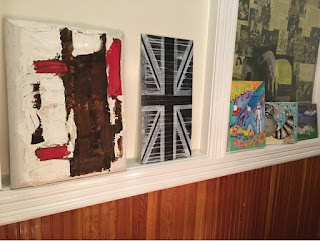 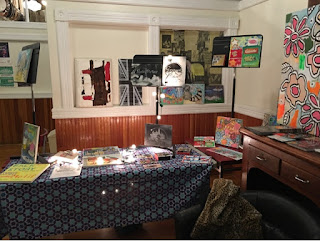 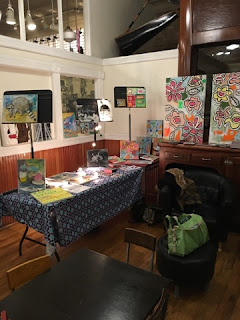