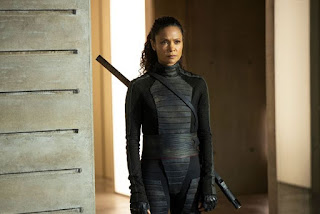 It's that time of year again and this time I submitted a proposal for a paper...AND a panel!!!

At the Southwest Conference for Popular/American Culture Association.

And that brings me to a classic episode of THE AGENCY  where we interview and chat with George Sieg, a professor in Albuquerque and an expert on ESOTERICA. I hope to host a panel this year at the conference in his department.

I intend to create an inventory of navigational motifs in the films THE COUNSELOR, No COUNTRY FOR OLD MEN and the novel BLOOD MERIDIAN. I’m approaching this accounting two ways, first using Robert Fludd’s stage design based on Elizabethan Occult Philosophy and second, by extracting the ways that gestures, memory and direction by way of Evelyn Tribble’swork on Distributed Cognition in theatre. I will demonstrate that number, clothing, and location in McCarthy offer an opportunity to use the works as time-keeping devices and navigational resources.

The appeal of occult philosophy by artists for elite patrons during the Renaissance held the ideal of a unified framework of natural philosophy by uncovering work from Antiquity combined with their conception of magic.  The Elizabethan Occult school of thought believed they would attain a higher form of knowledge and that mathematics had a kind of magic. They believed reconciling Antiquity with their own contemporary knowledge would offer unimaginable power. (Roseen Giles)

I will continue by finding and explicating McCarthy’s celestial content and arguing such content   connects his work to an older tradition by preserving navigational tools within artworks.

I plan on exploring the jewelry and wardrobe choices of Yanty Yates  in the movie THE COUNSELOR  and  Mary Zophres  dozens of plaid shirts in NCFOM. Mapping the locations in each of these stories I view the locations  in the same way an FBI profiler might look at the crime  sites of a serial killer to find a pattern, there by demonstrating Robert Fludd’s concept of “As Above, So Below.” The Renaissance had a practice of hiding valuable content in decorative or atmospheric aesthetics. The hidden layers of content I find in McCarthys writing  is a structure found across cultures reflecting the concept of mind and knowledge and functions like a library for the memory.

Approaching Anton Chigurh (Javier Bardem’s character) as a personification of the sun  demonstrates the gnostic principle of “as above so below” that captivated Renaissance thinkers. Anton Chigurh becomes cast as  a myths-poetic metaphor for the sun’s journey in the summer of 1980, Texas when a “killer heat wave” unrelented for weeks until…”Earth turning on its axis was enough to do the trick.” (The Dallas Morning News, Aug 5, 2010)

In a similar manner I propose that Malkina (Cameron Diaz’s character) in THE COUNSELOR is the personification of Venus while utilizing Jeff Cooley’s analysis of a Sumerian astro-myth. Malkina’s movements in the movie allow us to explore her as being a keeper of maths, navigation and astronomy.  These two character’s as well as Blood Meridian’s the kid and Judge, portray the concept of mind embedded in a unitary tradition throughout many art genres. The kids birth in BLOOD MERIDIAN occurs during a meteor shower, aligning his arrival with other literary heroes Krishna, Jesus and Hamlet also associated with celestial bodies at birth. 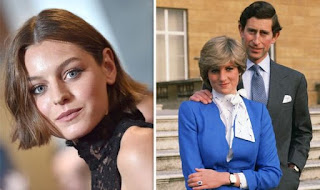 We chat about THE CROWN on this weeks episode. I think this is the best season of THE CROWN and I have endless curiousity about the writers and their thoughts on power, greed and what creates character. By character I mean how humans build character and ethics. THE CROWN season 4 seems to put a heavy blame on family. The responsibility of building chracter lies in what we teach our children in our communities. The many roles in the season cold work as personifications for approach to society. The Queen represents Liberalism. Liberalism seems to credit itself with all the good of the life yet they don't do the hard work at making ggodness and ethics for all of the society.The liberal dependance on good manners and customs creates compassion is an illusion. (thats not why we practice good manners, we practice them so when life presents us with heightened emotions we don't run rough-shod over each other) Prince Philip seems to represent Libertarianism with it's vitality for the individual working around freedom in a control system. He can get away with his betrayals as he is a freshman thinker in an oppressed society. Prrince Charles is the personification of conservatism which feels it is doing good by holding on to tradition therefore it's paid its dues and should be able to find love. But there is no freedom for love in a Conservative framework. Thatcher is postmodernism. And she is the predessessor to Trump. They think there is no meaning in life therefore they can reject the good works of labor, mock the military as if it is there for their own granduer, and the elite population is decadent and follows mindless customs. The dysfunction of the royal family mirrors the dysfunction of all communities who do not do the work of teaching community and social justice either through caring and support for the less fortunate, or assuring that all of a citizenry have food, meaningful work, and health care and shelter. And that shelter also means warmness, kindness and company. Princess Diana was the manifestion of the Shakespearean concept that a corrupt country can only be healed by rebirth. Adeath by violence then rebirth (se HAMLET and A WINTERS TALE as examples) . Although the stag hunt in this season was a play on the mythology of Diana and evading a hunter, capturing Charles...it is really that a vrgin princess was captured and eventually killed in order to reboot the UK. I can only imagine that the palaces must become public property and museums or tourist sites like Vesailles. The profit of turism going straight back to the citizenry and infrastucture of the country. I think the same thing must eveolve in te USA. Route 66, the museums in DC, the great cities and economy of the fallen USA transformed into a tourist economy to support the people. This transformaton occured in France, Italy where robust democracies have tempered extremists like Thatcher, Bushes, Regans and Trumps. 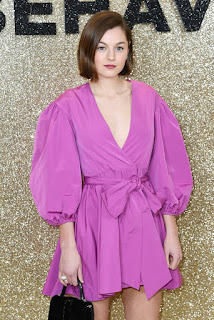 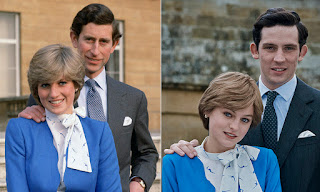 I love the movie KISS THE GROUND. It's on Netflix.

Here is another documentary that is related here on Youtube....

The Story Of Stuff

I'm warching lots of environmental documentaries. Inspired by MY OCTOPUS TACHER. Here is a 2009 independant doc...

I'm so into this season of THE CROWN. I,m watching it twice for sure. I plan on talking about it this week on our podcast on androids or if you prefer for iPhones.

The Aristocrats: Art VS Fundamentalism 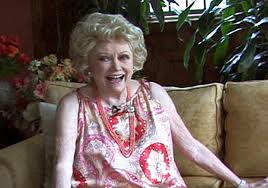 I recently rewatched the fascinating documentary about the worlds dirtiest joke. The joke is part of an oral tradition since vaudeville era. It's part storytelling device and spectacle of Grotesque. The joke is vulgar, an improv tale developed by the teller. In 2005 the documentary THE ARISTOCRATS interviews over a 100 comedians who deconstruct, analyse and perform the joke. This isn't for everyone. It's so vulgar it often includes incest, bizare sexual acts, bestiality, scat and any number of repulsive activities that transgress our customes and decorum. Everyone has done this joke. There is a clip of The Smothers Brothers discussing the joke and it brought tears to my eyes. George Carlin and Phylis Diller are so beautifully welcome sights for sore eyes. There is every disgusting act you couldn't even imagine. And the punchline is always the same. Women and men will have different ways of finding shock value. And most audiences know the joke so the mystery is in the build up before the punch line. Evryone knows the punchline. The joke has three sections. The set up: a man goes to his agent and pitches a stage show. Then the client describes the act. Sex with one's whole family, golden showers, the family dog, sliding in shit, etc. Then the agent asks..."whats the name of the act?" "The Aristocrats." It's fantasy...art...comedy...performance. It's stories built out of other stories...which is what art is....and is an opportunity to think about what is art? What is originality? What do we learn about our society from such stories and release? The joke is an opportunity for storytellers to render an insane scenario showing off their storytelling skills and imagination. This documentary is a 10/10 and is brilliant including Christopher Walken telling the joke.

Sometimes I have laughed at the punchline because of the delivery by the comic. What I couldn't help but notice this viewing is that what I thought about was...Quanon. This joke has taken a dark turn to literal application. The definition of fundamentalism is a literal appication of a sacred text. Or the strict adherence to the basic principles of any subject or discipline. What Quanon as a generator of an urban legend has created...is the idea that there is a a terrible sexual transgression in our society. They describe the incest, pedophilia, and vulgar acts and the punch line is Tom Hanks. This conspiracy theory has co-opted an oral tradition in art....to literally apply it to society today as if its truth. And that my friends is a good example of fundamentalism and fascism. 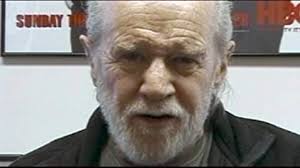 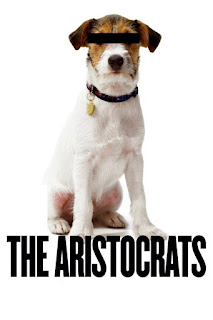