Going Out To The Viaducts This Week 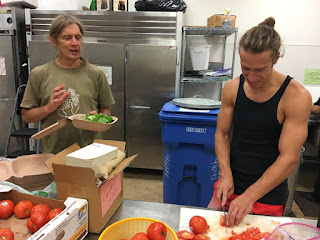 A bunch of us prepare responsibly-sourced food and take it out to several Tent Cities around Chicago at least once a week. We also distribute dated supplies like tents, socks, deodorant, feminine hygiene products, toothbrushes and tooth paste. This week we made 40 salads with tuna, organic mixed greens, tomatoes, cucumber, radishes and home made unpasteurized apple cider vinegar dressing. The recipe for the dressing comes from Tricia's grandmother and it's got olive oil, unpasteurized apple cider, garlic and honey and fresh herbs. 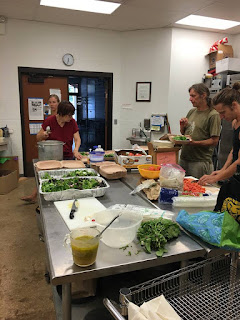 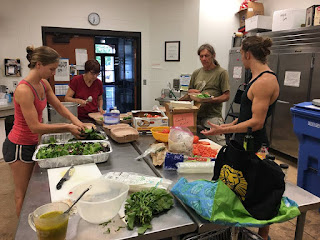 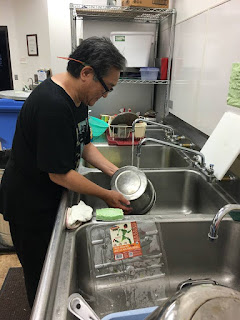 Protesters Give Me Hope For Humanity 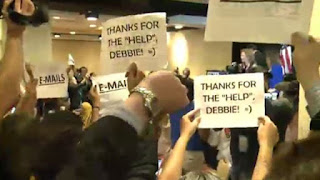 Thank you to the protesters! The DNC email scandals and the casualties will not be forgotten. 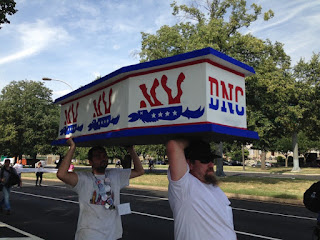 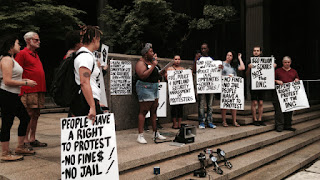 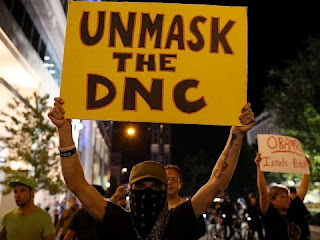 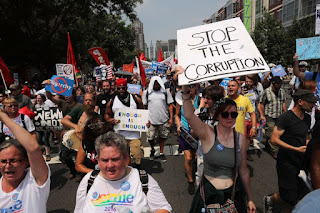 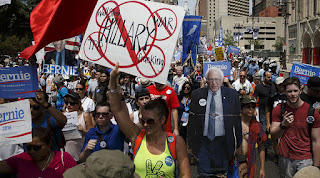 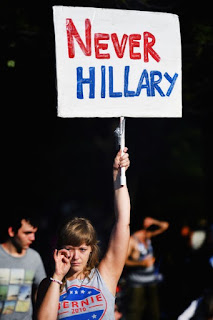 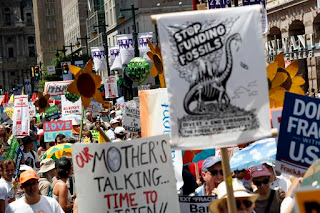 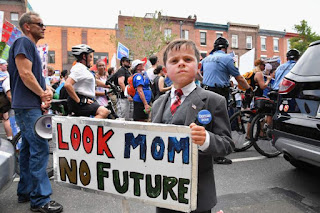 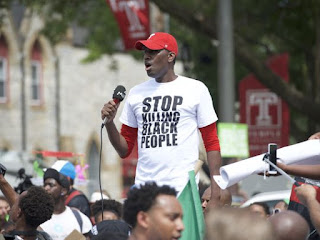 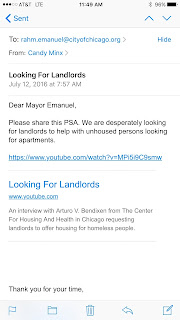 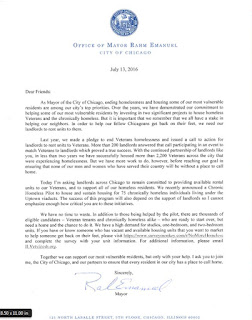 I sent Mayor Emanuel two emails . See above one I wrote him 3 days ago about an independently produced PSA plea for landlords to rent to unhoused persons in Chicago. Yesterday the Mayor sent out a letter to landlords. I'd like to believe I kicked his butt a little to take some action.


An interview with Arturo V. Bendixen from The Center For Housing And Health in Chicago requesting citizens to rent housing to homeless people.
Why consider being a landlord who offers to rent an apartment to the homeless?
-guaranteed rent
-case manager always available to help the client
-a way to serve the community
-house people who are now living in tents
If you are a landlord, or want to become a landlord, and want to serve our community and help people living outside, please call
Arturo v. Bendixen
Center for Housing & Health
312-922-2322
Posted by Candy Minx at 11:09 1 comment: 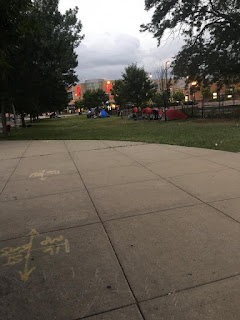 We have started going to the closed Stewart School Tent City now first on Wednesdays. Every Wednesday a few of us meet and prepare meals or bagged lunches. This week we made egg salad sandwiches, cookies, yogurt and fruit lunch bags with Mint-infused Arnold Palmers. Yep, we have a big cooler with beverages. Below is Sandra, Stagg, Daryl and Mary. 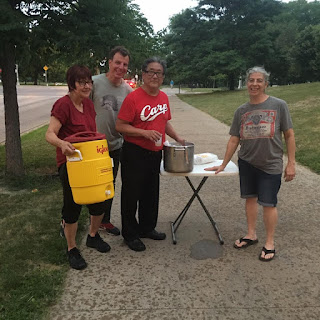 On the way home driving on Western Ave. no one honked when I missed a green light to take this picture of a double rainbow! 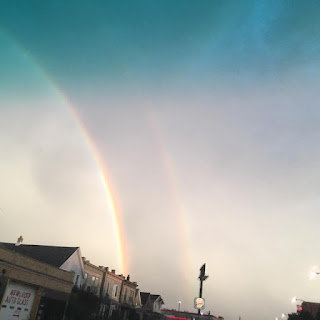 An interview with Arturo V. Bendixen from The Center For Housing And Health in Chicago requesting landlords to rent housing to homeless people.Why consider being a landlord who offers to rent an apartment to the homeless?-guaranteed rent -case manager always available to help the client-a way to give serve the community the community-house people who are now living in tentsIf you are a landlord and want to see our community and help people living outside, please call Arturo BendixenCenter for Housing & Health312-922-2322
Posted by Candy Minx at 13:30 1 comment: 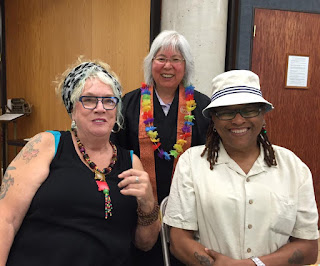 I love this picture. Three friends of mine at The Buddhist Temple of Chicago on Gay Pride Day. We had a big lunch of light refreshments after service and then I went to the board meeting. I have been on the board at temple for about three years. We have all kinds of things we talk about, how to get more engagement among the participants, ideas for parties and events, making sure we have a safe open and diverse sangha for everyone. Some times we talk about prosaic things like the budget or the cleaning schedule....but often these board meetings can be very interesting.

The reason I am on the board is because I head a group called Upaya. Upaya is sanskrit for "skillful means".

From Wiki...."Upaya-kaushalya is a concept emphasizing that practitioners may use their own specific methods or techniques that fit the situation in order to gain enlightenment. The implication is that even if a technique, view, etc., is not ultimately "true" in the highest sense, it may still be an expedient practice to perform or view to hold; i.e., it may bring the practitioner closer to the true realization in a similar way. The exercise of skill to which it refers, the ability to adapt one's message to the audience, is of enormous importance in the Pali Canon.

The Digital Dictionary of Buddhism notes that rendering the Chinese term fangbian into English as 'skillful' or as 'expedient' is often difficult, because the connotations shift according to the context as (1) the teaching being something to marvel at — the fact that the Buddha can present these difficult truths in everyday language (thus, skillful), yet that  they are teachings of a lower order as compared to the ultimate truth, and are far removed from reflecting reality, and are a kind of 'stopgap' measure (thus, expedient)."

This word is interesting to me because it has a similar meaning and history as the concept of "virtue" originally had for ancient peoples.

Alistair MacIntyre wrote a book that is still haunting me many years later called AFTER VIRTUE. He defines virtue as something attained through practice....and here is his definition of practice...

"Any coherent and complex form of socially established cooperative human activity through which goods internal to that form of activity are realised in the course of trying to achieve those standards of excellence which are appropriate to, and partially definitive of that form of activity, with the result that human powers to achieve excellence, and human conceptions to the ends and goods involved, are systematically extended" (MacIntyre 1985, 187)

In psychology some of this stuff falls into "deliberate practice hypothesis" here:
http://calnewport.com/blog/2012/03/28/the-satisfying-strain-of-learning-hard-material-a-deliberate-practice-case-study/