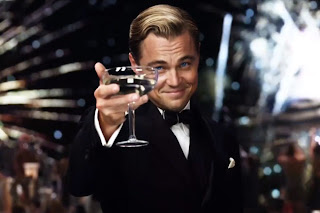 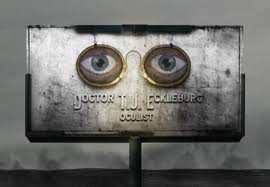 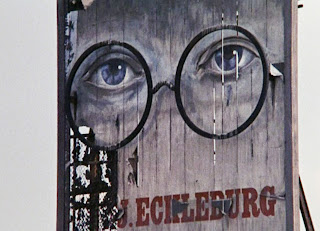 Candy On The Beach 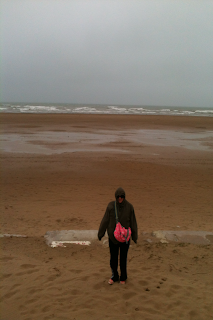 We woke up pretty early today to have coffee on the beacch. I started out in shorts but it kept on raining so had to layer up. But any time on the beach is good time.
Posted by Candy Minx at 17:19 1 comment: 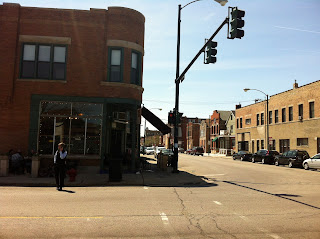 About a 15 minute bike ride from our place is this coffeeshop. I posted about it before but was over there and thought I'd take pictures again. 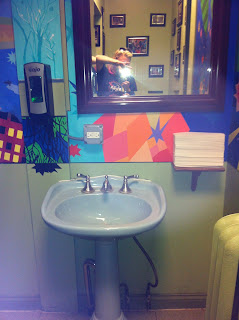 I love the coffee percolator display in the washroom. 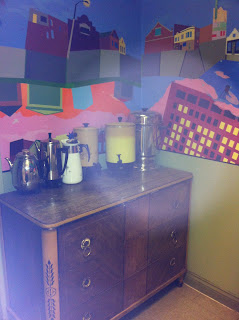 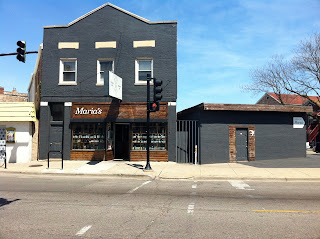 I posted photos of Maria's Packaged Goods here before...
. Maria's is directly across the street from Bridgeport Coffee. 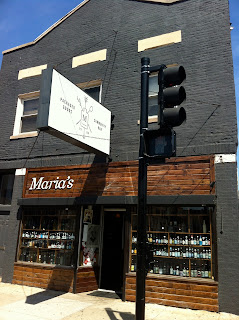 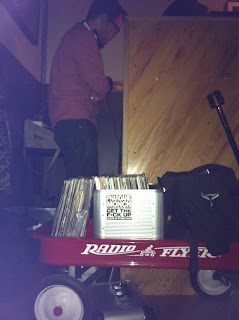 Stagg and I went to Maria's one night to see a friend of Trevors (Trevor from my previous post
...actually when I was at Working Bikes, his DJ friend was there too!)DJing. I love how he packs his records.
Posted by Candy Minx at 12:02 1 comment: 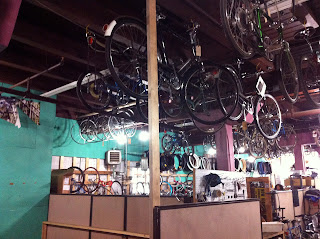 About three blocks from our house is a fantastic non-profit organization called Working Bikes
.
A friend of mine, Trevor, who volunteers at Old Town School Of Folk Music...took me on a tour of the facility. Trevor is on their Board of Directors...and he's just a great interesting guy. He really uses his city, rides his bike everywhere, goes camping and touring, knows all the cool places to listen to music...and god dammit, I can't seem to beat him at Cribbage.

Working Bikes rescues discarded bicycles and gives them new life by redistributing them as tools of empowerment in local and global communities.

Countless bicycles are discarded or sit unused in basements or garages in the United States every year. But in a developing country, a bicycle can truly change the life of an individual, their family and their community. Bicycling is, of course, a form of transportation. But bicycles are also used for towing cargo, and even as a source of electricity through the creation of pedal-powered machines! In areas plagued by poverty, high levels of unemployment and lack of reliable, accessible transportation, a bicycle can help provide access to jobs, education medical attention, and other resources.
Global Impact:  Working Bikes ships thousands of bicycles each year to our partners in countries throughout Latin America and Africa including, El Salvador, Guatemala, Panama, Uganda, Ghana, and many others.
Local Impact:  Working Bikes partners with homeless transition, refugee resettlement, and youth empowerment programs here in Chicago to donate bicycles and put them to good use on the streets of our own community.
Working Bikes donates over 6000 bicycles each year to our international and local partners. 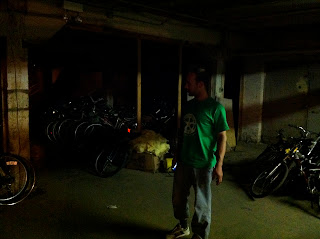 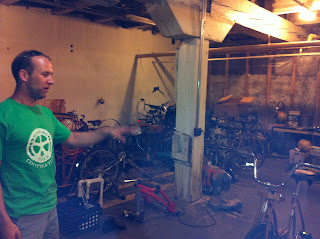 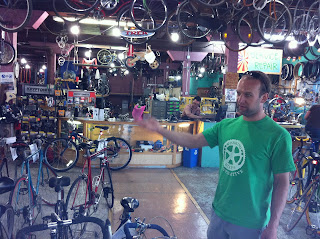 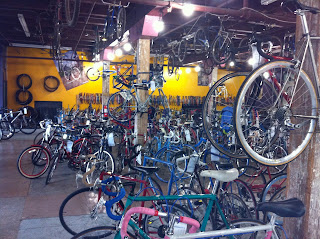 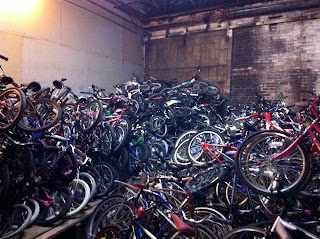 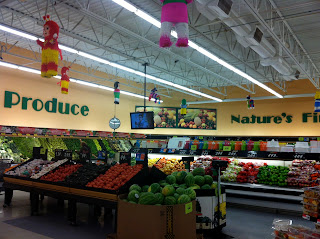 I love this grocery store that is a block from our house. It feels old fashioned and less flashy than the corporate grocery stores around the city with their fancy signs. For example, the butcher section still uses hand painted signs: love. 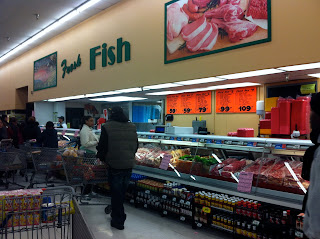 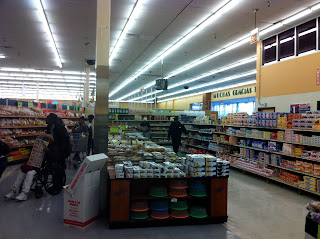 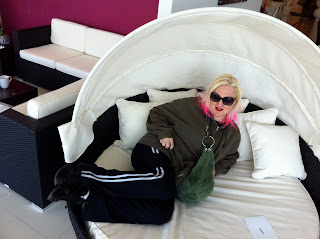 I love cabana set ups and Stagg and I cruised a decor store a while ago and this set is so cool. 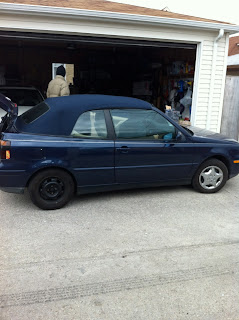 WWe tried to do some work on the car with one of my co-workers. We pulled up in his alley by his garage and tried to tweak a couple things. Stagg is there dressed for winter in the spring. It's been a long winter. Yesterday was 85 outside but it's been cold today and looks like rain again. Crazy crazy long winter. 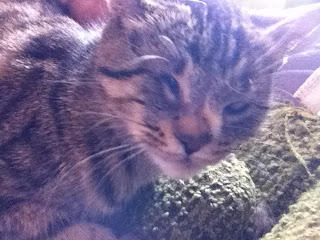 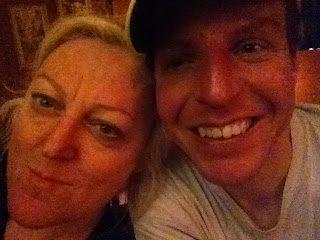 SStagg and I at Skylark Tavern. 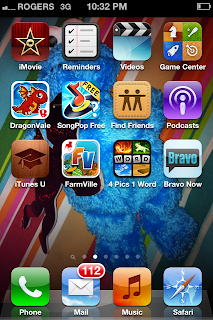 I I do not know why I took a screen shot of my apps...but here they are some of them...
Posted by Candy Minx at 11:18 No comments: