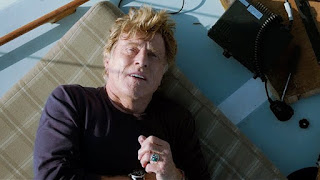 A stupa is a Buddhist artifact that combines aesthetics, sculpture, symbolism and celestial content. A stupa’s architectural symbolism is to spaciality as what myth is to verbality. Myth comes from the word “mu” which means “to speak silently.” Mute or mu, or the Greek word muein means to close the eyes or mueo to initiate silently. The stupa contains an ecosystem of information that is transmitted through history, construction, design, location and spiritual significance rather than words. Stupas can be found throughout Asian countries including Thailand, Japan and India. Stupas have pre-Buddhist origins as they were sometimes a mound covering the remains of sages, nuns or “muni”, ancient ascetics who performed acts of austerity.

A stupa is an object made to stand up vertically from the ground with architectural details not only marking a location but representing directions of the earth, seasons, the pole star and both the moon and the sun. A stupa is built in several sections with it’s square base placed into the ground with each side marking a direction of north, south, east, and west. The design of a stupa has constant characteristics of centrality, axiality astronomical  movements and orientation. The prime essence of a stupa is verticality. Verticality has symbols aligning the stupa in other visual motifs and imagery such as the tree of life, the mast of a ship, a mountain, a pillar, Cosmic Person, a crucifix, a wheel spoke, vajra, ladder/lattice and the smoke that rises from a fire. Janinism, Buddhism and Hinduism all share design symbols of the stupa. Buddhist art-historian Adrian Snodgrass describes the ritual surrounding the construction of a stupa as “the ritual orients and delimits space and in so doing renders it meaningful. It creates special order from disorder, cosmos out of chaos. It sacrileges space, establishing a sacred area, in the midst of profane environs. The periphery of the square separates a frame area, a space with form, from an amorphous surrounding; it marks out a defined, and therefore knowable, space, from an indefinite and inconceivable extension; it specifies a relevant area, a field of ritual operation, from an irrelevant space.” Snodgrass continues, “ The ritual of site demarcation and orientation is to be understood in this context of significance. By means of the ritual the builder identifies the center of his structure with the axis of the universe, by measuring out from the centre he repeats by analogy the process of cosmogony. The space he delineates is a reflected likeness of the total cosmos, its area made meaningful by way of its connection with the supra-physical realms located along the axis that centers it.”

Not only does the stupa represent a marker for location and time but it is also a figurative representation of the Buddha. The square base of the stupa represents the crossed legs of the meditating Buddha and the circular top of the stupa represents the head of the Buddha. What does this design begin to tell us about who or what is Buddha? And what is the purpose of designing a sacred object that marks seasons, the moon and the sun and represents the Buddha? A stupa is a Buddhist building and it’s simple symbology can give us insight into more complicated forms like towns, tombs, palaces and temples. I love to do volunteer work in sacred spaces in part because of studying the the construction of stupas. The logic behind a stupa offers  insight into directionality,  and practical operations in a  church or temple. One of the possibilities of doing service in a sacred building is the design helps expedite (upaya) comprehension and experience.

A boat also has a design that derives and relates to nature, location, verticality, time and astronomical movements aligning some of it’s symbology in literature with a stupa. I grew up on boats and as a kid I used to catch salmon and crabs to bring home to feed our family. No matter how much fun it is to to be out on the ocean or a lake to sail, or swim or fish, my family always instilled a serious attitude towards the practical side of boating and the design and outfitting of a boat. The ocean is beautiful but it is also dangerous. The next selection for movie night is a Robert Redford film called All Is Lost. Remember the root of the word of myth being “mu” mentioned earlier? Mu means to speak silently. This Redford movie filmed in 2013 is basically a contemporary silent film. Redford is outstanding and every bit as profound and monumental as Charlie Chaplin and Buster Keaton. Redford brings a similar pathos to his clown living alone on the ocean on his expensive sailboat. Is he stupid or entitled or full of grace? The premise of the film is that for some unknown reason to the audience Redford is sailing alone in the Indian Ocean and we meet him the day his boat has been rammed and seriously damaged by a shipping container. In the same way that Keaton or Chaplin captivated their audiences with brilliant physical work and the pure charisma of their personas, Robert Redford does the same here. It’s difficult to believe only one actor in a  limited setting can produce so much angst, passion and fear in an audience but this film does so. Both a boat and a stupa are like proto-gps units. The idea of location and direction are powerful survival needs and their different designs depend and contain ways for the human to navigate and live with directionality. They are both a literal manifestation of the Dharma path and powerful symbolic objects of the Dharma path. The stupa is literally and metaphorically the embodiment of the Buddha. A boat is literally and metaphorically the embodiment of the human. I hope you will join us exploring how a boat can symbolize the human body, the womb of the Great Mother, a journey, a moving home and the human condition in an unlikely adventure story.