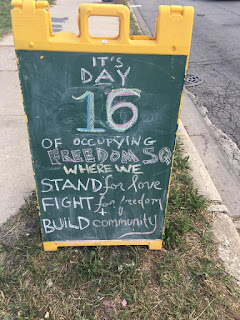 A Tent City has been created over two weeks ago by some neighbors, some activists and some homeless people. The protest is next to a Police Station on S. Homan Ave where people have claimed torture and some people being "disappeared". The rumors and allegations have been circulating the city for over 20 years says Stagg. 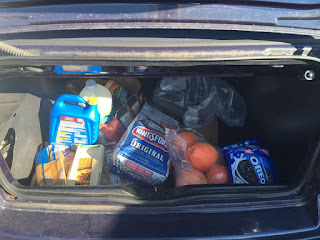 We took over some supplies. It's not unusual for me to have a cooler in my car and collect donations and distribute them or be ready to pick up donations. In Freedom Square they serve food between 6-8 p.m. for about 20 people. Friends of the protesters and the public donate food and supplies. 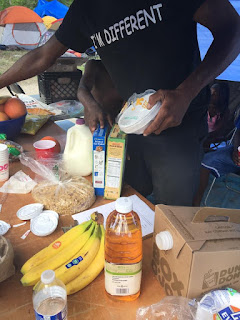 I picked up some healthy options of cereal and fruit for breakfast the other day. 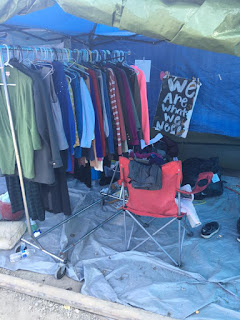 They have several engagement or services in tents including a library, a first aid station and an outdoor kitchen. 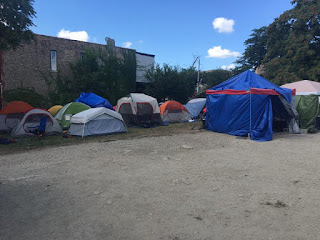 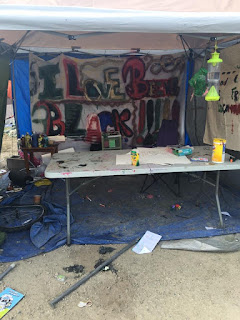 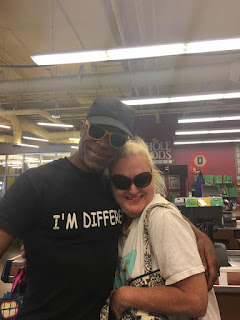 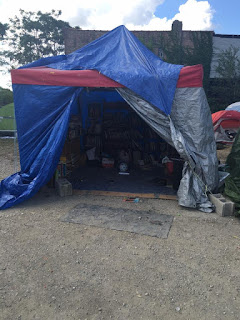 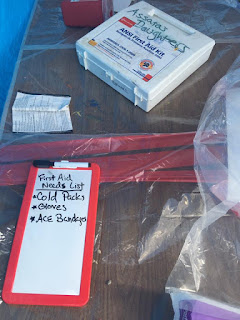 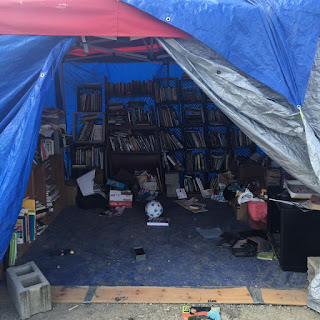 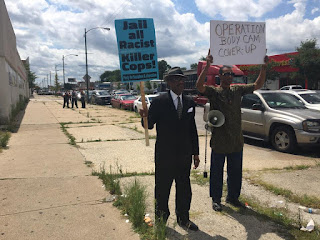 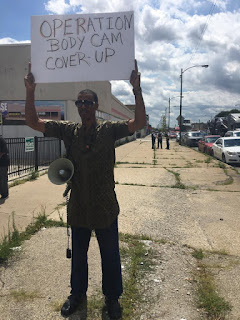 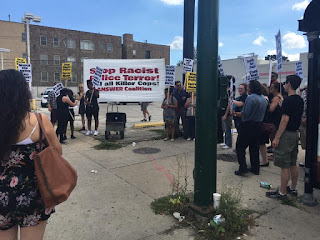 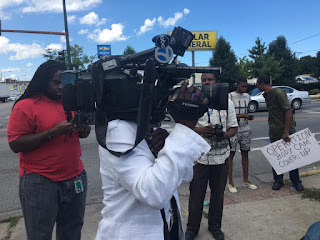 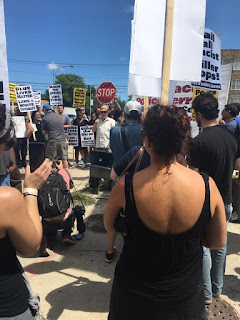 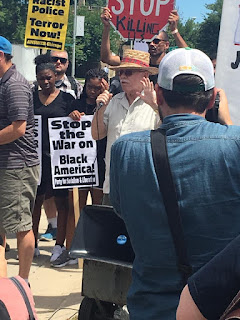 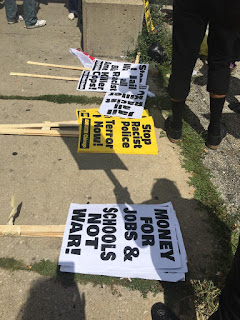 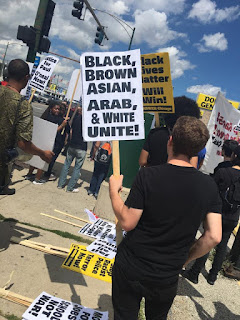 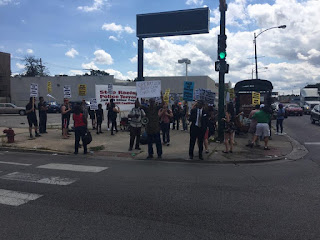 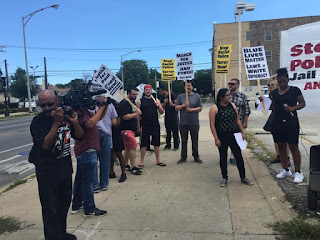