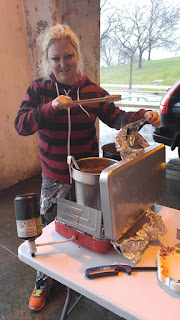 Sometimes we take out a camping stove to the viaducts and serve some stew or soup being able to keep it warm . I think this pic is the night we took spaghetti out.

Below are two pics that our friend George put into a paint app of his, just thought I'd post them here. 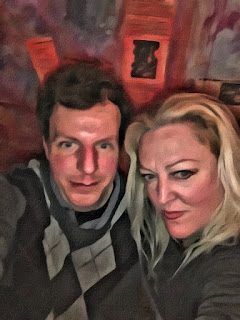 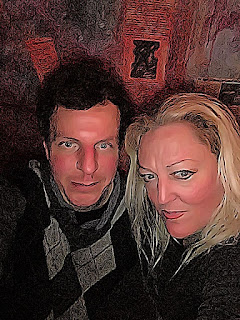 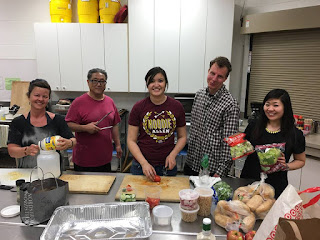 We made fresh MacIntosh apple sauce to go with pork chops and salad and dinner rolls to take out to the people who live in tents under the viaducts in northside Chicago last night. In the photo above from left to right is, Kathy (my friend from guitar class) and then Daryl, Gloria, Stagg and Iris. We have a lot of fun! We worked really hard last night lets happening. Very bad rain and thunder storm. 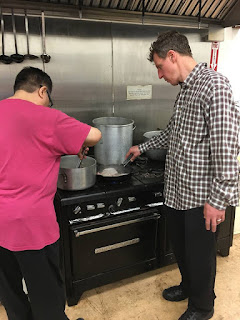 We could have made twice the salad and another 10 pork chops for sure. People were hungry! We have begun to make huge salads...at first we weren't sure of anyone would want salad but the greens and veggies have been super popular. We also made fresh buttermilk ranch dressing. Thanks Kathy! 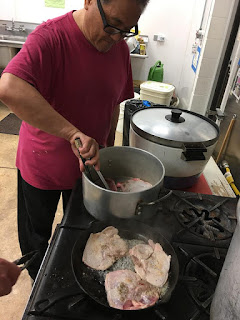 Daryl and Stagg cooked the pork chops. We put things into containers with foil to keep warm. The salad we served as a kind of salad bar. With separate containers for radishes, cucumber, tomatoes. One guy said to Stagg last week "I haven't seen a radish in ten years!" 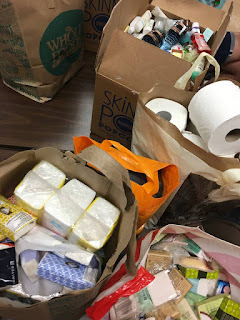 We also had exciting news. About a year ago...I made flyers about our project that Stagg and I were taking food to Tent City. I asked if people had any travel size hygiene products, like hand sanitizer, or tooth paste or tooth brushes or soaps...the kind people often collect from hotel stays...to bring me extras if they wanted. Well, months later...a Chicago Girl Scout troop told their parents they were concerned about all the homeless people in the city...and what could they do. One of the parents had taken a picture of our flyer!!! She had it on her phone!!! So they phoned me and I went to speak at one of their troop meetings. The kids decided to have a pledge at their school where they got all the school to compete to who could collect the most donations of toilet paper, baby wipes, tooth paste....and many other items. The class room that collected to most donations won a prize of donuts. (the gourmet fancy donut store "Glazed and Confuzed" donated the winning donuts!) The kids collected so many donations they were able to donate to our efforts as well as a shelter and food pantry. The kids dropped of hundreds of items and we made them into hygiene bags to hand out to the people living under the viaducts. We have lots more to hand out next week too. 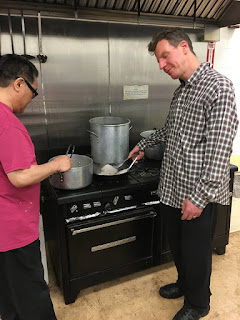 Everyone who participates works all week and are often very tired. I know Stagg is exhausted from a long week at Hard Rock.....and Daryl delivers food late at night....but somehow we did it last night in a truly terrible rain and thunder storm. As bad as weather or fatigue may be....it really hits home when I think, gee, we get to GO HOME. We have a roof over our heads.I feel so lucky to be able to help a little bit . Last night everyone went crazy eating and were lined up...as I said we could have made twice as much food. I want to try to think of how we could help even more....
Posted by Candy Minx at 10:21 No comments: 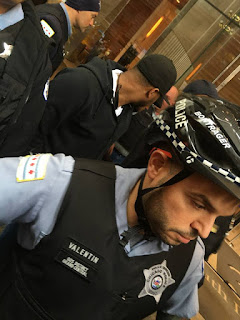 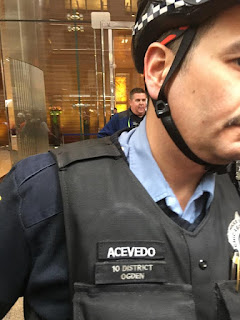 Moral Mondays began in North Carolina and many cities have had interaith groups take the idea of addressing social issues with interfaith groups and protest. Today Moral Mondays shut down a huge corporate office building while educating the downtown public about moral issues in Chicago. 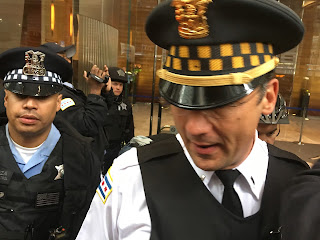 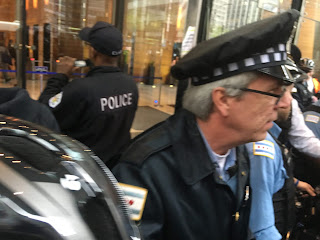 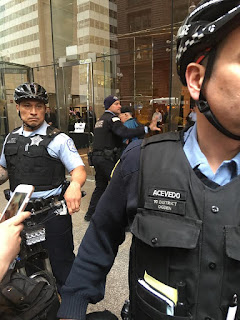 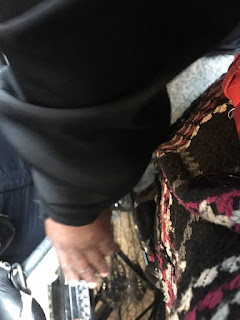 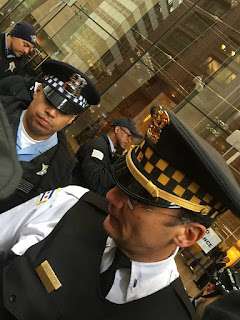 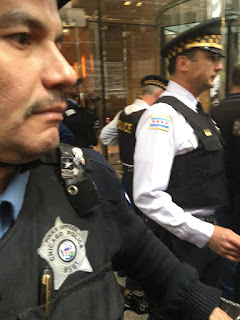 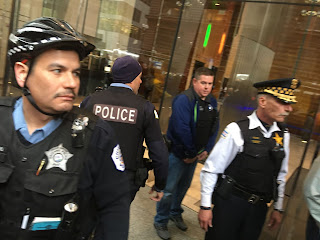