I’m attending one of the last panels from w hole week of excellent sessions at the Southwest Popular/American Culture Association. It’s been an outstanding set of panels snd Roundtables. This year online rather than its 40 year history set in Alberquerque. Heated hoping we csn attend in person next year!!!!

“The twenty-first century has been nothing if not tumultuous, with terrorist attacks, unpopular wars, financial crises, the rise of the Alt-Right, and environmental and ecological collapse. These issues and concerns have one thing in common: they are all anthropogenic. That the human species is violent and destructive towards both itself and its environment is nothing new; however, the multitude of crises and disasters that have categorised the past two decades has generated a profound pessimism regarding humanity and its future. Homo sapiens is closer than ever to extinction, and this is regarded in many quarters as a good thing. This paper argues that what it is calling an antihuman attitude has emerged in twenty-first century culture and uses science fiction cinema to explore this phenomenon. Engaging with Raymond Williams’ structures of feeling, Fredric Jameson’s political unconscious, and Slavoj Žižek’s formulation of the Lacanian Real, it is argued that an antihuman attitude that was repressed in the science fiction cinema of the twentieth century by a dominant humanist paradigm has been galvanised by the events of the past twenty years and risen to the surface of the genre to trouble that dominant paradigm. Sometimes this takes the form of antihuman visuals which are at odds with a film’s humanist narrative. This concept will be examined in relation to The Matrix trilogy, whose humanist narrative is unable to resolve the contradictions between itself and the films’ antihuman visuals which represent humanity as a disease or a virus. Elsewhere, twenty-first century science fiction cinema depicts the destruction of the human species as a positive, with narrative and visuals converging in their antihuman attitude. This will be explored though an analysis of War for the Planet of the Apes, which features the kind of apocalyptic imagery Žižek defines as the spectacle of the Real, images of imaginary destruction supposed to inure audiences to the possibility of real destruction. It is argued that the film engages with issues of animal and human rights and the Alt-Right to code the destruction of humanity as a favourable outcome.”
Christopher Parr 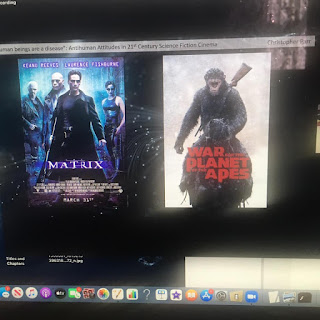 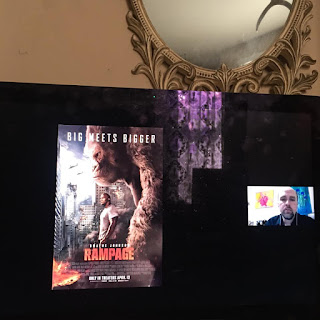 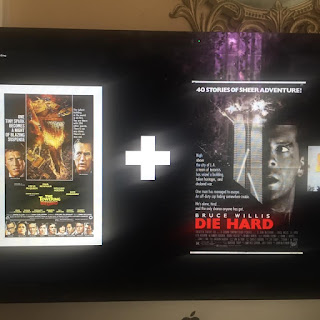 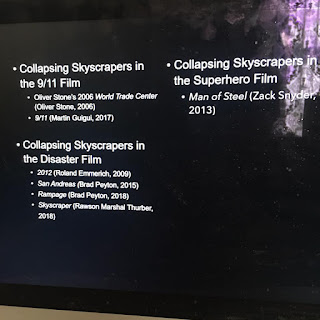 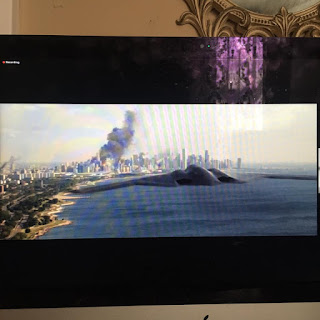 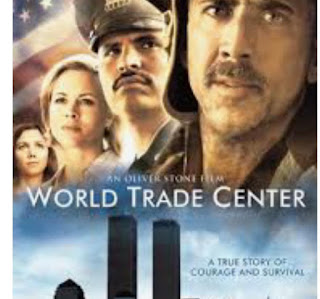 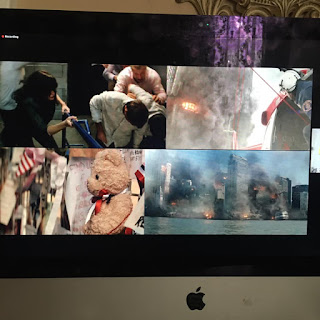 The relevance of the pandemic with popuar movies is pretty amazing this year at the conference. I am attending one of the last sessions this year. It's been amazing.
"While Žižek (Welcome 16) and Baudrillard (30) state that we anticipated and therefore foresaw the attacks of 9/11 in our fictions, many experienced it as a catastrophic, if not apocalyptic, event that changed the way Americans understood their place in the world. While not all experienced 9/11 as traumatic, many did, even those who lived far from the events and only witnessed them through the media. Trauma is a rupture of the psyche that occurs when one experiences an event that cannot be integrated into our life narrative. The traumatized victim is often compelled to relive the event in a repetition compulsion. We can see part of this enacted in a variety of films released after the attacks. Over and over, films exhibit echoes of 9/11, whether in the crashed plane in War of the Worlds (2005) or depictions of the Middle Eastern terrorist in films like The Hurt Locker (2008). Yet, perhaps the most recurrent theme after 9/11 is the collapsing building. While buildings had collapsed in films prior to 9/11, the events of the attacks added cultural and emotional associations to these images of crumbling spires and clouds of ash billowing through the streets. The collapsing building film re-enacts what many felt to be the apocalyptic destruction of what Donald Pease calls the “Virgin Land” myth of American exceptionalism, the belief that America was impervious to all foreign attack.
Fear is an object-oriented emotion, an aversive emotion geared toward a present threat, whether real or imagined. Images of collapsing buildings present echoes of 9/11 repeatedly as a fearful, present threat. Yet these films also trigger a pervasive sense of anxiety, an emotion like fear that is instead focused on a future threat. Seeing skyscrapers crumble on the screen for years has kept the image alive in the American imaginary, urging us to wonder if it could happen again. From the fear presented in the film to the looming, future-oriented anxiety, the collapsing building film can capture viewers who have been traumatized by 9/11 in an emotional web, one that continues to play out today. While we see examples of collapsing building films as early as the very-9/11-focused World Trade Center in 2006, this theme continues to capture the viewer’s imagination in films like Cloverfield in 2008, Man of Steel in 2013, London Has Fallen in 2016, and even the revealingly entitled Skyscraper in 2018. While the conscious depiction of 9/11 may have grown more distant over the decades, the emotional association of the apocalyptic event of 9/11 in the collapsing building film has survived in a web of fear, anxiety, and trauma. This presentation pairs a cultural studies perspective with affective neuroscience to investigate the phenomena of the collapsing building film to ask if we have escaped this cultural trauma through filmic narrative therapy, or if we are still stuck in a repetition compulsion, forced to witness and relive this American apocalypse over and over again."
Nathanael Cloyd
Posted by Candy Minx at 14:10 No comments:

This weeks podcast features the archive of Sheila Gregory with an astounding interview with the late international artist Christo. You can find THE AGENCY podcast on iTunes or Spotify. Or click this link on Youtube right here... 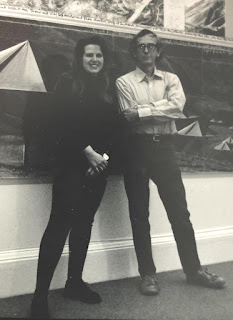 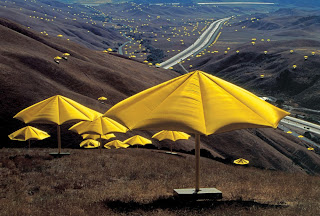 Next week on The Agency podcast, we will be featuring an interview with Sheila Gregory about her experience going to New York in 1991 to interview the late Christo - followed by the resulting interview which first aired on Art on Air on CKLN radio in Toronto. This interview has been sitting on a cassette tape in a drawer since 1991. We've dusted it off and had it digitized so we could bring it to you. I just listened to the full Christo interview and it's fantastic, a real treasure and Iweknow you're going to enjoy it. You can find The Agency podcast on iTunes, Spotify or Podbean. Photos by Wolfgang Volz. 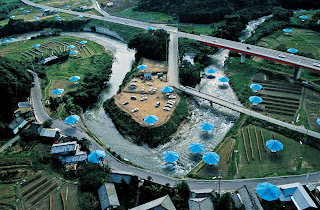 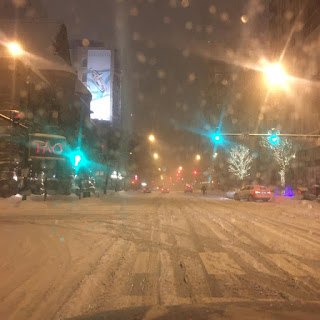 I' grateful that we are as suffering as Txas. It's been so sad watching what people are going through there. We have had a lot of snow here...with very few plows or city workers giving us support on the south side. There have been days where getting to cat-sitting I had to shovel out the car three times. It's been quite  a suffocating experience I think especially because of the pandemic. We are already so claustrophobic in our homes...this added to it. 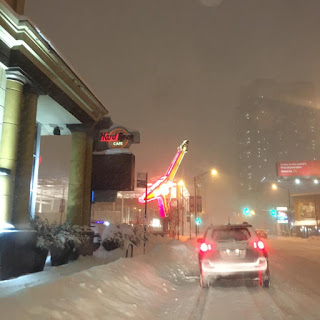 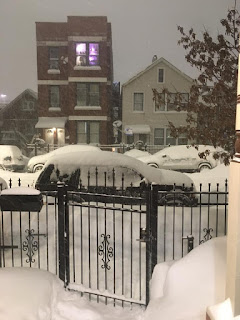 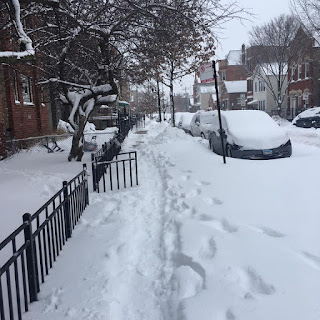 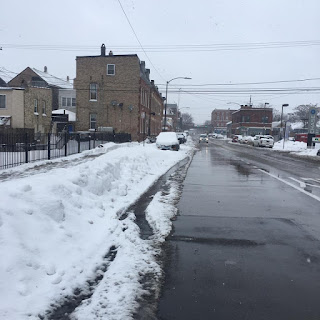 Roundtable At Conference Next Week 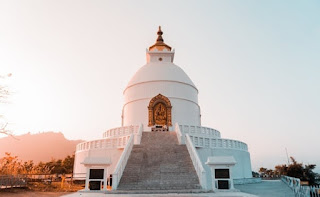 I'm pretty excited about next week's conference. Although we are not going to New Mexico this year due to the pandemic we are going to be participating through an online format. Not only am I presenting a paper for Cormac McCarthy panel I have also been invited to be on a Roundtable. Blow is my Intro....

Suppressed design was an ideal in the Renaissance defined by Baldassare Castiglione. Castiglione coined the word sprezzatura as meaning a “studied carelessness”  and "an easy facility in accomplishing difficult actions which hide the conscious effort that went into them.”  It is the art that conceals art. There are several artifacts I like to use to demonstrate suppressed design and they include the notches on bones analyzed by Alexander Marshak, the design of stupas, the Antikythera Mechanism, and Edmund Spencer poems read with numerological  approaches.

Kent Hieatt describes sprezzatura in Spencer’s Epithamalion as “overly-subtle” information embedded in the poem and “this method requires that beneath a simple literal surface a profound symbolic communication of an integrated continuity should take place covertly, but in a way that reveal itself to the intelligent and sympathetic reader.”

There is a great gap in literary criticism of the structure of contemporary works. By discussing some ancient concepts of Time and Space we can see that there are a few creators, like Cormac McCarthy and Westworld Producers Jonathan Nolan and Lisa Joy working with the idea of art and artifacts as memory palaces. A memory palace is also called a method of loci which is a technique where the subject memorizes the layout of some building, or the arrangement of shops on a street, or any geographical entity which is composed of a number of discrete loci. When desiring to remember a set of items the subject 'walks' through these loci in their imagination and commits an item to each one by forming an image between the item and any feature of that locus. Retrieval of items is achieved by 'walking' through the loci, allowing the latter to activate the desired items. Other contemporary productions portraying utilization of memory palaces include 2010 BBC Sherlock Holmes, the novel Hannibal by Thomas Harris and the World Memory Championships.

Extended Mind Theory,  proposing the mind does not only reside in the brain or body but in the world, can help us reinstate valuable aspects of cognition previously dismissed as as  non-scientific, therefore relegating human accomplishments from marginalization. I suggest artifacts, literature and visual art are an aspect under-studied in academia and literary criticism yet have some practitioners of this ancient “Magic” today. 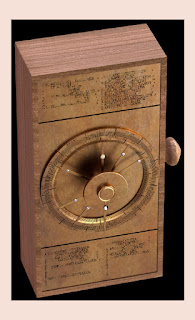 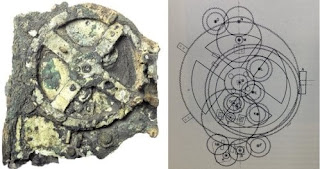 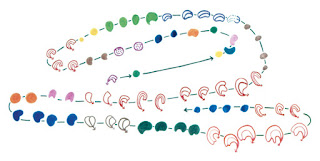 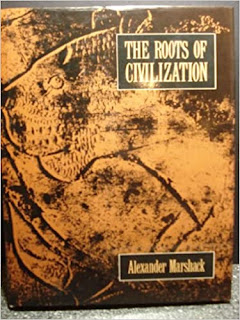 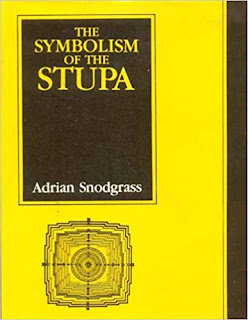 Eugene and I have also been watching YOUR HONOR and discussing it here and there on podcast.
Posted by Candy Minx at 16:48 No comments:

The Lady And The Dale

We talked about this documentary on our podcast. It's unbelieveable that this all really happened. One of the things I really liked about this doc was that a lot of it was made with collage.
Posted by Candy Minx at 16:39 No comments:


Here is last weeks podcast. You can find us on iTunes, Spotify, Podbean or click on the youtube square above. Thanks for listening!
Posted by Candy Minx at 16:38 No comments:

I just realized my podcast is still connecting to my youtube page...so yay! Here is our episode from Feb 2
Posted by Candy Minx at 16:37 No comments: