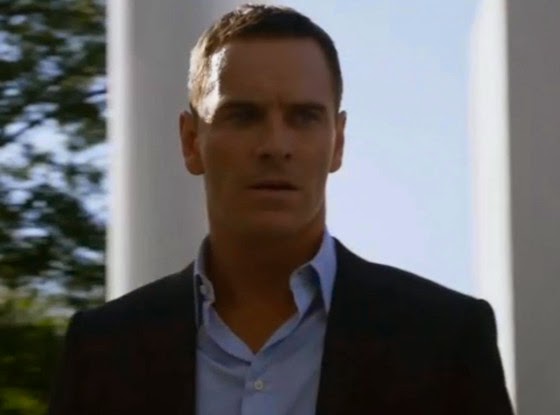 I watched The Counselor again last night.
It’s a strong combination of Michael Mann meets Jim Thompson.
I really really like this movie.
I like how it goes directly to the fall.
I made a mistake at first with this story about the protagonist. For some reason I thought he was somewhat sympathetic. And he still is sympathetic by the end of the movie for me…because of his grief. It is quite a tough philosophy I feel about the story now.
I feel that we don’t see why he falls, or fails: The story conflict is about indicting the human who does not understand the price of moral decisions.
The real criminal in the movie is The Counselor. Everyone else knows exactly the life they lead and the price it costs to live that life due to the moral choices they live.
And in a way it doesn’t seem to matter if they are conscious, environmental choices, from childhood nature versus nurture. It doesn’t matter….it’s how hard and powerful one plays the life out.
Life is a grind. Life is one energy consuming another energy.
I love how the movie portrays one food group devouring another food group incessantly. The Counselor does not see this chain. His crime is not seeing that when you understand this chain of events…and you decide to participate willingly…there is a cost. His crime is that he thinks he can intellectualize this energy. Westray, Reiner, Malkina don’t think they are smarter or immune to the struggle….they know if one decides to make a game of it, then you better win.
I have heard a few people say they thought that Diaz and Cruz should have switched roles. I don’t agree with trading Diaz and Cruz for the others role.
I think Cruz is very good at portraying when she realizes who The Counselor is…When they are at a horse race or table outside and a former client named Tony comes to them. How he sees The Counselor is so interesting. He is confrontational, bitter and snide. Tony’s girlfriend is actually afraid they will get into a fight.
The scene suggests a nasty side of The Counselor. Tony says the lawyer is not to be trusted. Tony seems to be the character that lets the audience know…this lawyer is not so loyal to his clients. I thought it touching that the character who lets us know who Fassbinders character is named Tony. ( made me think of late Tony Scott).
That Cruz’s character is so nervous and emotional during this scene is interesting. The camera shows us as she reaches for The Counselors hand to hold him back from getting into fight. Then as Tony leaves….the camera closes on the couples hands and we see Fassbinder isn’t actually holding Cruz’s hand…he has his own hand grasped…for punching Tony? Or to reject her involvement and intimacy?
I thought it was a great choice to film that.
I think Cameron diaz is better to be played by an icy tone. She appears so superficial and fluffy in many ways. Diaz isn’t bringing us inside her character. She tells us a lot about herself…yet it is with a kind of removed attitude so very different than dissociative. She isn’t dissociative…she is beyond the pain of existence. She doesn’t need to block out pain. She seems to have accepted the lack of community intimacy most people crave and cultivate.
Her intimacy in life is within the structures of game and winning. I don’t think Cruz would be able to portray that better than Diaz.
I believe Diaz has been undervalued in this part because it’s so difficult to imagine a real life person who is so much game. Her role is more like a pimp or a madame for the sexual trade. If she was playing that literal part/career I think she’d be more understood. Natalie Dormers character does not understand Diaz…at first, but Diaz’s power is made clear to Dormer. And Dormer has to run away.
I love when The Counselor is resisting the truth of his life…and when he hears that anecdote about the fried and the poet who loses his love. The Counselor says “But I’m not a poet”.
It’s as if we might learn the crime of life is when you aren’t a poet.
Posted by Candy Minx at 10:33 No comments:

Stagg was doing open DJ night at Reggie's this winter. So fun.
Posted by Candy Minx at 10:08 No comments:

A bunch of us from Old Town School went to Indiana Piergi Fest last night. We had to get on a ride! 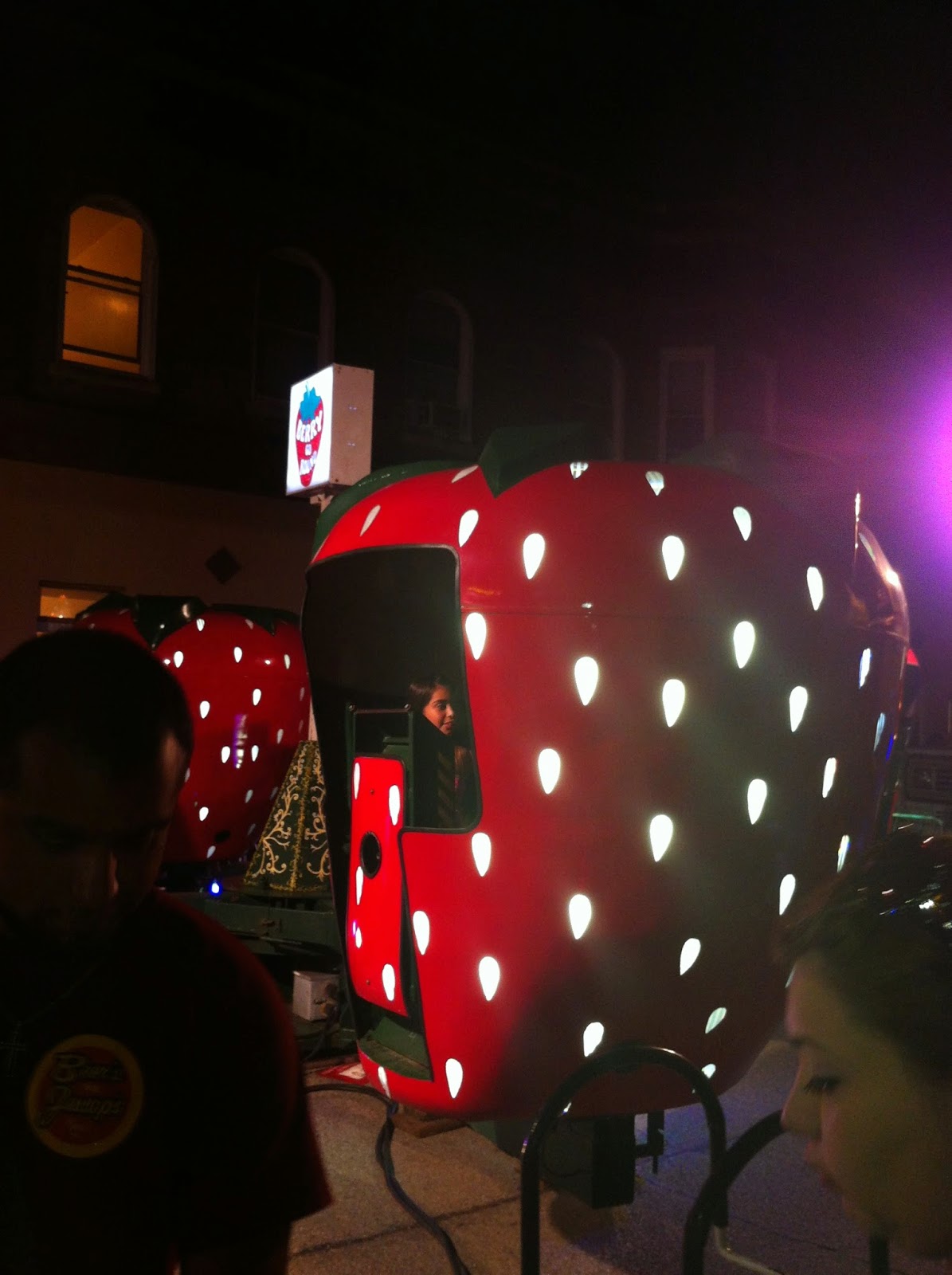 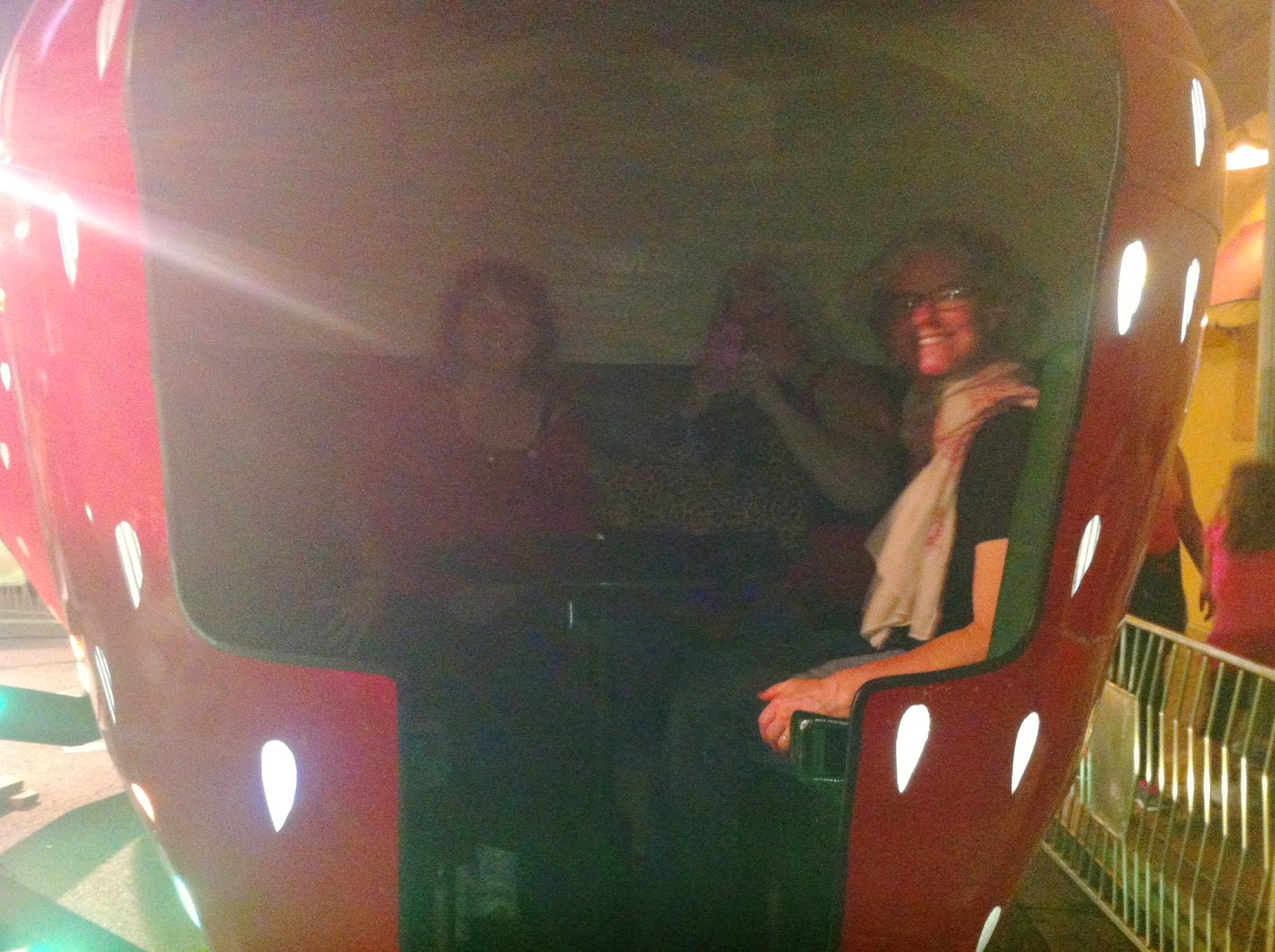 This is Alisa, Tina and  Michelle. We could be astronauts! 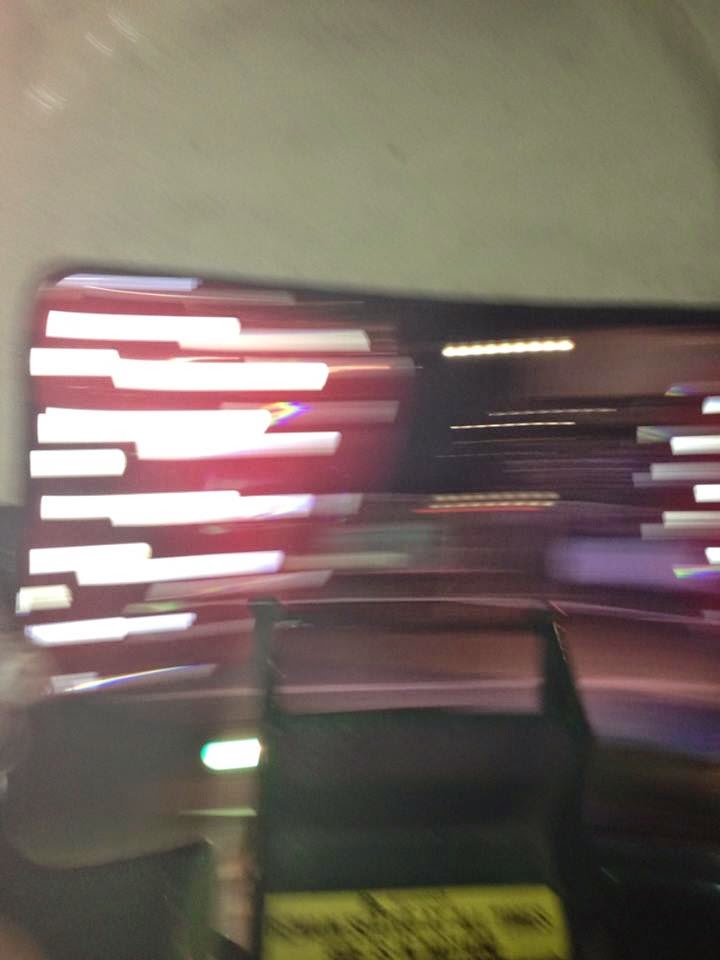 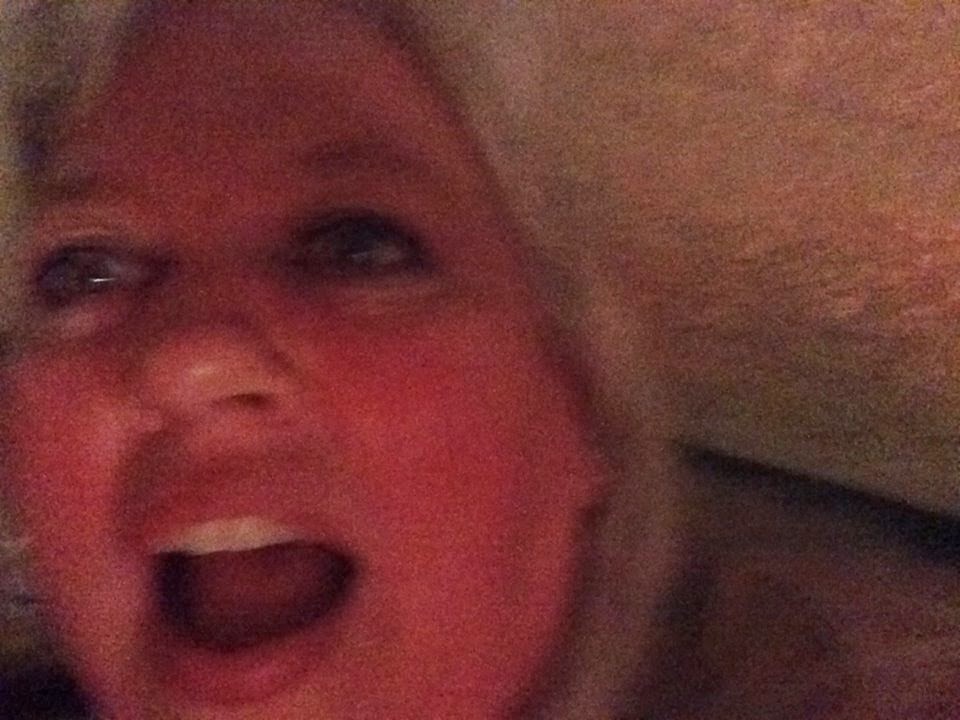 This is a Tina selfie. Tina took most of these pictures while we are using a giant wheel to spin the giant strawberry. I have no idea how she managed to get these pics. 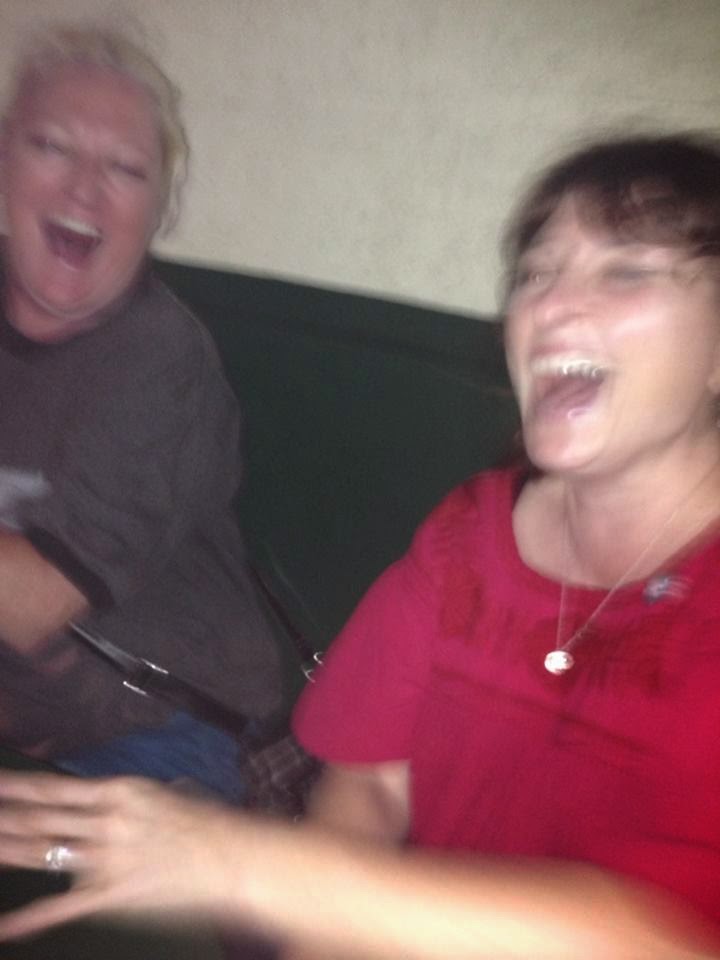 This is me and Alisa. I LOVE this picture!

This is Michelle. Awesome...who incidentally is a bride-to-be. 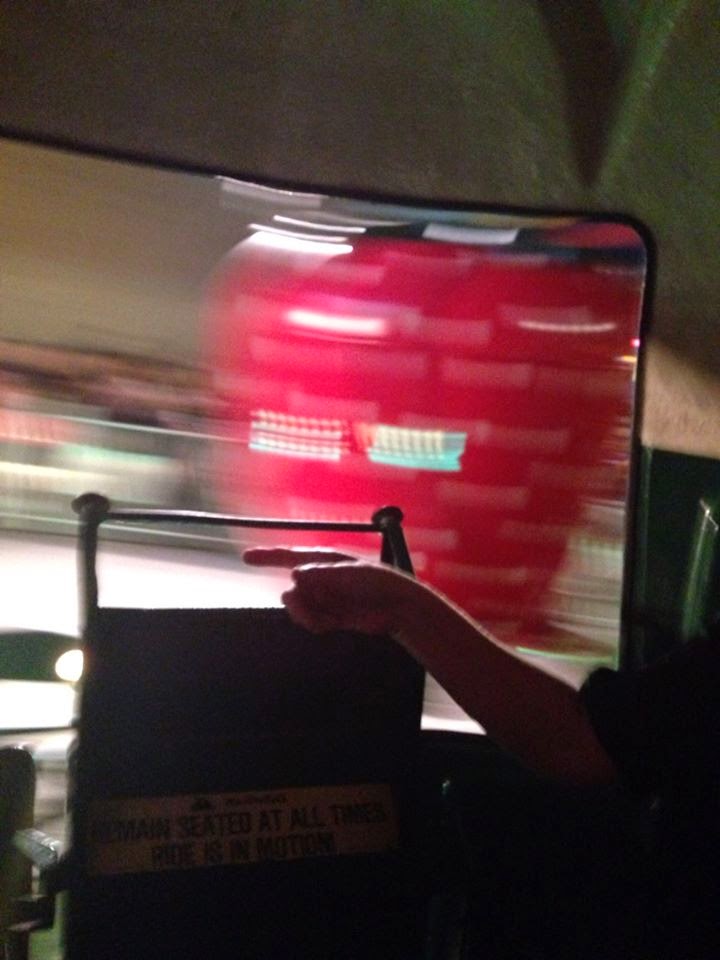 I love this pic too...it's my hand pointing and another strawberry hurtling through space.

You'd think after our crazy terrifying flying metal incident a couple days ago outside Detroit I'd avoid fast moving metal...but no back on the horse!
Posted by Candy Minx at 12:13 No comments: 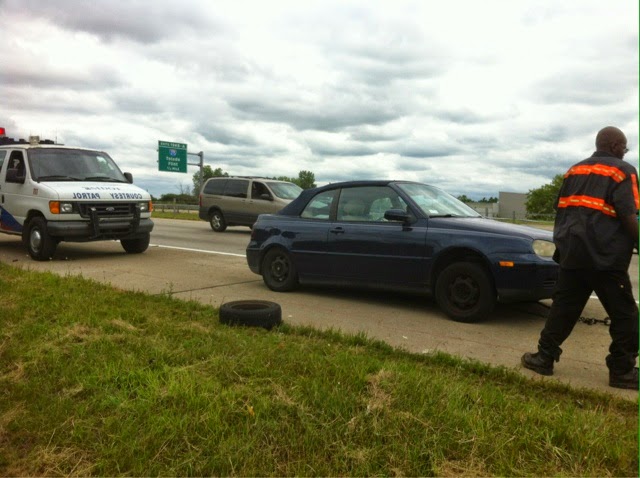 We are fine. Outside of Detroit a tire went flying off our car. No one was hurt and we had roadside assistance. A tow truck took is to a local car shop outside Detroit in Romulus Michigan. They were able to find parts for the car for today so we stayed in local hotel last night. No one was hurt and no collision thank goodness! We have a lot of road angels watching over is. And help from family and friends. When we got into our room
Last night Stagg and I were pretty shaky but had great sleeps. 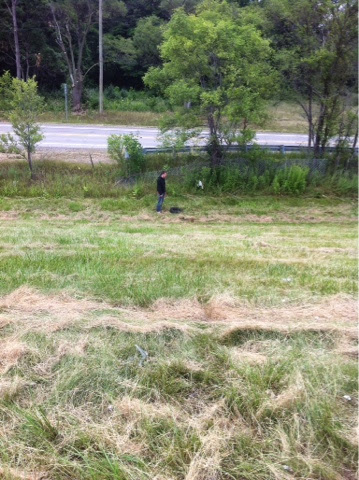 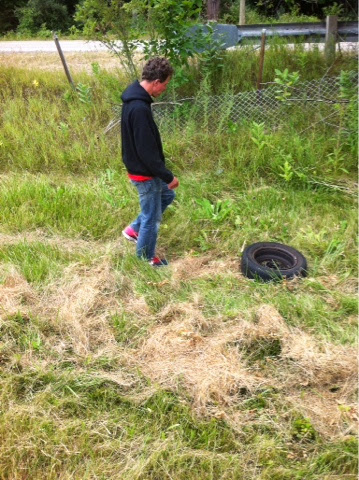 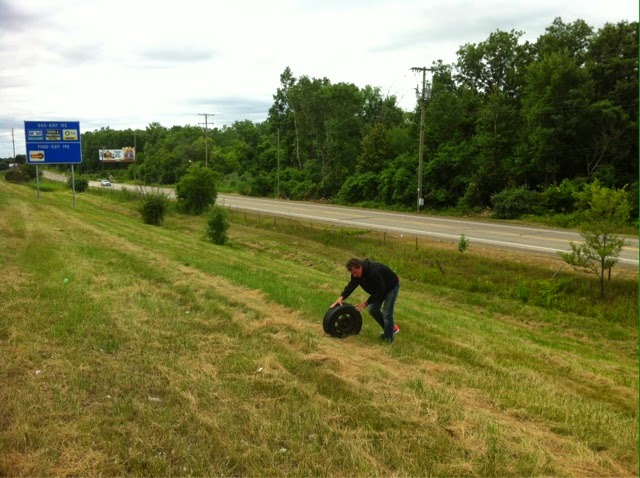 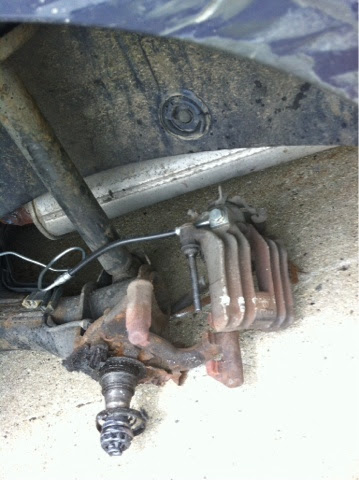 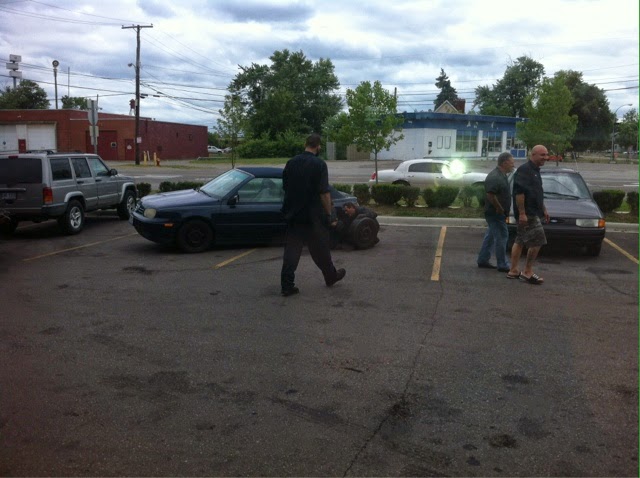 I Once Sang In A Band 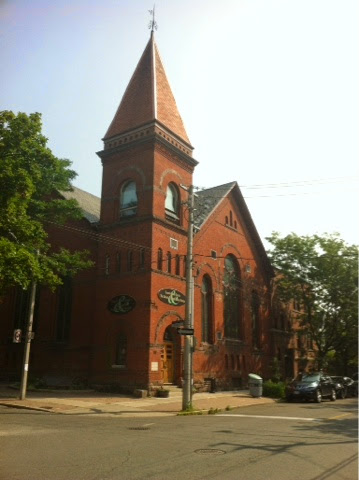 I was once a singer in a band. Had so much fun. One of our gigs was at this Dance Company....way back when. Guess what the name of the band was? "MINX".