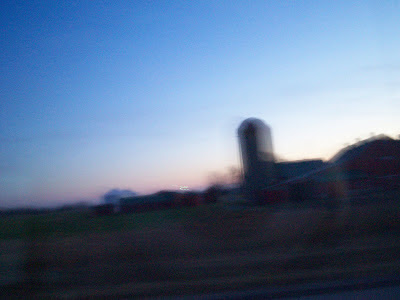 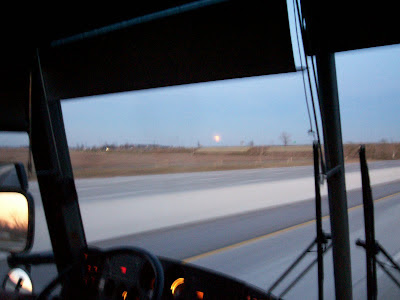 This is week # 24 for me participating in Thursday Thirteen. These photos represent a significant aspect of my life...on the road. And I am a dreamer, I may take magazines or books, but often even with a movie on a plane, I am day dreaming when I travel. As much as bus or train travel is slow and uncomfortable I also find it meditative. Although these photos are sometimes fuzzy, sometimes mundane landscape they are a huge part of my world. North America is so big and so many of us have moved around for work or school or military or family or immigration that the highway, the landscape and the repetitiveness is a major aspect of our minds and personalities. 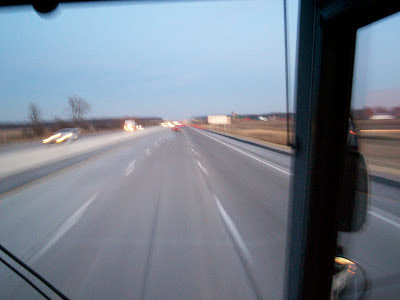 Paul Theroux recently wrote in the New York Times: "Nowhere was solitude more available than on a long drive, especially at night; and it seems to me that my generation was defined by the open road, and the accompanying hope that a promise lay at the end of it. The almost trance-like experience of driving down the soft tunnel of a dark highway at night was something I relished. At most, there would be the distant red lights of a car far ahead, and always the murmer of the glowing radio, the hiss of the tires and, at a certain speed on narroer roads, the fizzing past of telephone poles with their rythmic whiplash.

Late at night, in most places I knew, there was almost no traffic and driving, a meditative activity, could cast a spell. Behind the wheel, gliding along, I was keenly aware of being an American in America, on a road that was also metaphorical, making my way through life, unhndered, developing ideas, making decisions, liberated by the flight through this darkness and silence. With less light pollution, the night sky was different too-starrier, more daunting, more beautiful." 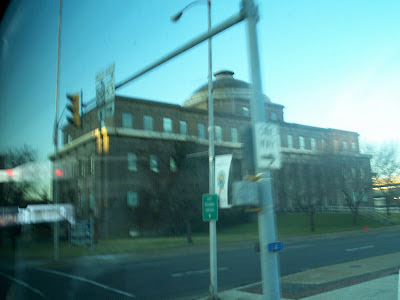 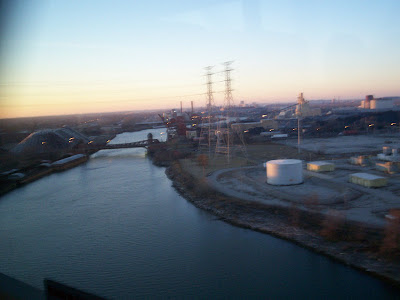 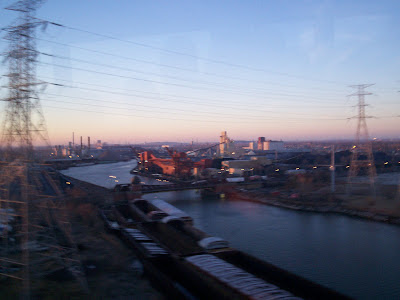 Gary Indiana. I've become a little fascinated with Gary Indiana. A young city creeated in 1906 as a Steel town it has suffered crime, unemployment and poor education since the lack of steel production in America. The Jackson family is from Gary and one of these days I want to drive to the town and take some decent photos. 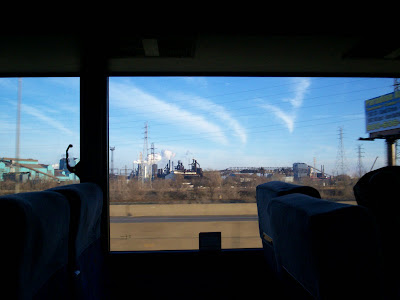 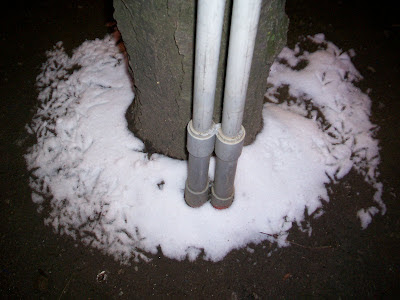 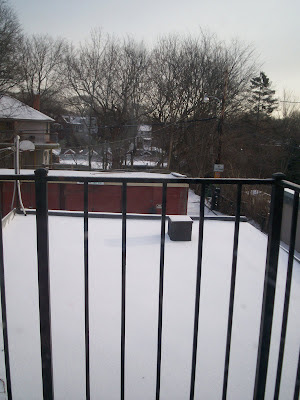 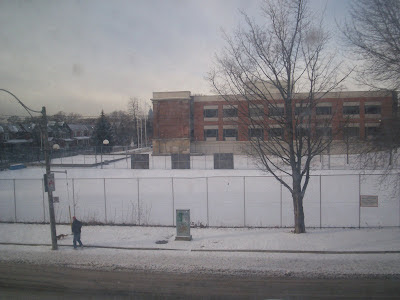 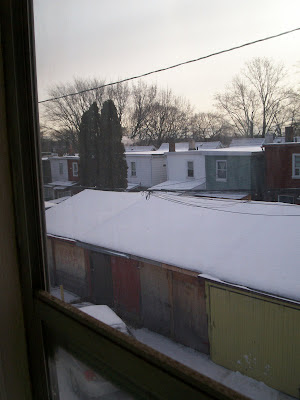 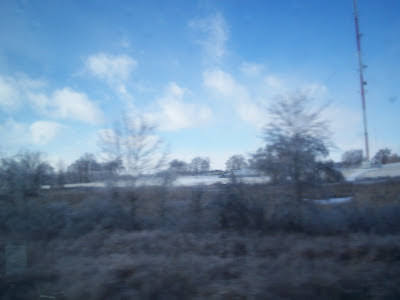 Every tree covered with a layer of delicate ice. 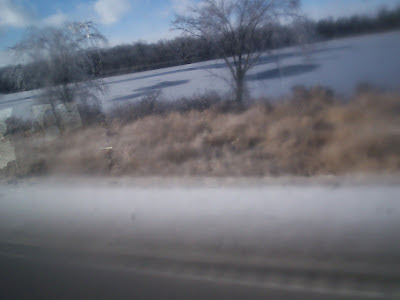 Get the Thursday Thirteen code here!

Thanks for the video!!!!

There is a lot of ice on the trees in London, Ontario. We had an ice storm Sunday night so driving to work Monday was not fun, especially with a three year old that likes to slide all over the place. "It's fun Mommy!" I probably thought it was fun when I was a kid too but at that moment I was just trying not to fall and get dirty as I was headed to work.

Oh, I love road trips, especially if you can stay off the highways. I get carsick easily, so it's looking at the scenery and daydreaming for me. And our family has some of our best conversations on long car trips.

Loved the trees covered with ice--it may be dangerous, but it's gorgeous.

Amy, some of those very trees in the photos are near your place. I wish I could have stopped to say hello...but next time. This trip I had to stay running and busy and take care of business.

Darla,I love road trips too...much more than flying actually. I like to see and feel where I'm going. I love to stop at every roadside attraction too.

These are so cool. I wish I was better at taking pictures than I am. There are so many places I'd love to remeber but never thought to take a picture. Thanks for sharing.

Oh, my, I LOVED the writing by Paul Theroux that you shared...that's EXACTLY what driving is like for me. I love it...in fair weather conditions, of course :-)

Roadtrips are awesome. Wish I had more time to take them. Great photos. :)

Cool pics! I wish I could visit all those places, I'd love to!!
thanks for visiting my TT.

Great photos! :) Road trips are fun when the weather is good for driving.

I like the pigeon art photo best! Great caption for it. :)

They look like a fun time, road trips are great! :)

hey pics like that go a long way to alleviating cabin fever. it's been over a year since I've been more than a couple miles from the house. I think that is one reason i've been enjoying my recent movie binge.

I really liked those pictures. They also made me feel weirdly like I was having a dejavu feeling; maybe remembering a former life where I was a free-er spirit? Maybe I've just had too much coffee today. In any event, I enjoyed looking at them. I love road trips both alone and with friends b/c there is that solitude and it's a wonderful time to get to know someone even better than you do.

Love the photos - it has made me look forward to my upcoming trip down I-25 to pick up on I-10! Absolutely Road trips give you time to interact with yourself and to really think - and to discover some of America!

nice pics. apologies for being tardy! been busy.

Hmmm. Your link at TT took me back to September and I didn't even notice. That one was cool, too, though. ;)

Road pics are evasive for me. Never getquite what I was hoping to capture.

I love taking road trips. It's amazing to see how much open spaces there are, and then how densely populated cities can be. I like finding those special, hidden places that you discover.