The humanities are ruined, and the universities full of crooks. Art in America is neglected, coddled, and buried under chatter. The right looks down on artists; the left looks down on everyone. Our man in Boston has an electrifying conversation with Camille Paglia. 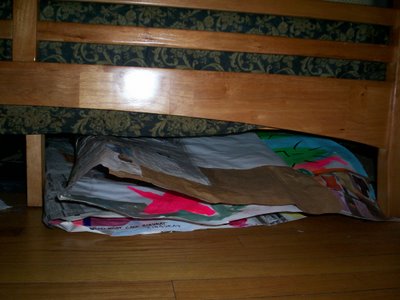 Art in America is also buried under our bed. It may be true that the "right" looks down on artists, but they are major art collectors of Thomas Kinkade. The "left" doesn't seem to collect art except in (YAWN) government galleries. The photos in this post are just a few stored art works Stagg and I have done in the past two weeks. 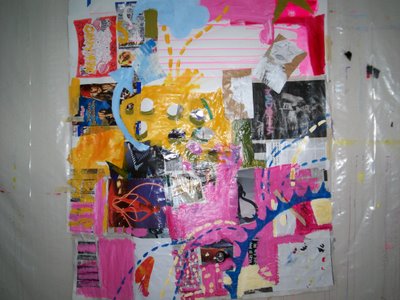 The above link is a really long interview but it has so much in it about working class, philosophy, passion, and wisdom. Paglia is one of the few intellectuals who is free-thinking and not working for corporations selling cars, like one of her peers. Paglia wants to sell art and poetry: spiritual stuff. 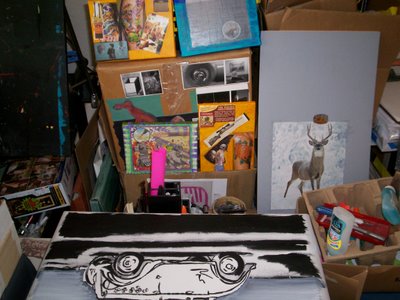 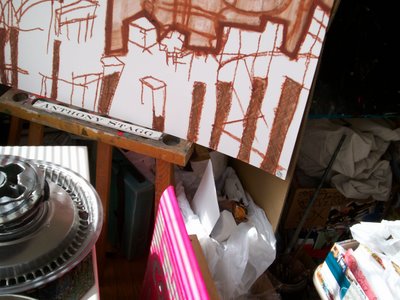 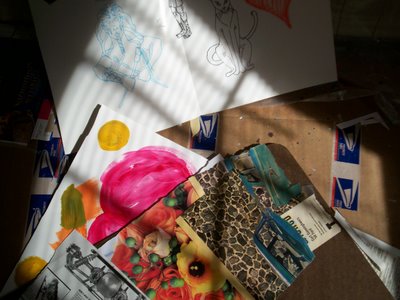 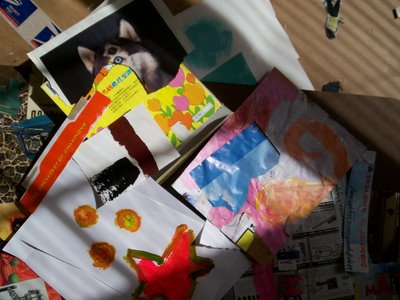 CP: Look, money, what money? What money do you need? The point is I am saying the selection of material at the primary school level needs to be far upgraded. People say, “Ooh we have an art program.” I say, “What do you mean by art program?” Even if it’s available—now in many places it’s not available—they mean sending kids into a room with paints and pencils. That’s not my idea of an art program. My idea is to expose them to art history. At an early age. So they have something in their minds, images that counterbalance the images that are coming at them from ads and special effects. The special effects have gotten out of control—computerized special effects. Now you have movies that are nothing but special effects, overwhelming sound, which is a great sensation, but character acting and script development, social realism—these things are actually declining. So I am very concerned about the cultural future of the United States in this kind of environment. Most people who are secular humanists having the idea that they are doing fine. We are doing fine and our only enemy is the Bible-based far right. The reason why the real threat is the far right is that they have the Bible. And the Bible is a masterpiece. The Bible is one of the greatest works produced in the world. The people who all they have is the Bible actually are set up for life. Not only do they have a spiritual vision given to them but artistic fulfillment. They don’t even recognize just the pleasure of dealing with this epic poetry and drama. Everything is in the Bible. What does the left have? The left has a lot of attitude. 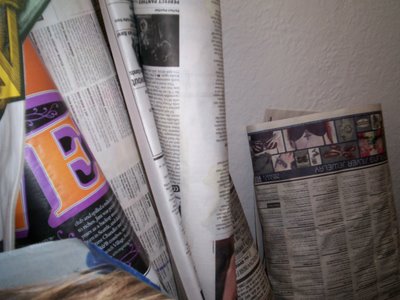 If art is buried with what did we pay for the funeral? Resurrection anybody?
Posted by Candy Minx at 11:06

thomas kincaide is boring as shit that is only my opinion no matter wot he paints it is really all tha same he appeals 2 home shopping club members, r mabe its qvc wotever my nonni watches . jackson pollack i liek dali n escher i like a lot i guess i just liek dead guys a lot

Exposing children to art history is a good idea, art is buried and gathers dust largely because an artist is not a salesman. Its not enough to be an artist. One has to learn to talk about his art and selling skills are required. They can't expect to be found, because no one will take the trouble of finding them. Why ? There's hardly any true appreciation of art. What we find is fake appreciation. Having a painting on the wall is fashion, a status symbol, decided by the interior designer. There are thousands of artists who are technically, spiritually artistically much better than the classical artists. No one bothers to find them. Every one is after a vanGogh or a rembrandt.

I'm one of the guilty one's that go after the classic well known artists rather than art work that is should truley be appreciated for it's depth by artists who are totally random and unknown...but it takes a very talented, a very intelligent to truly appreciate the nature of real art.

Thanks for the comment (my reply): Gosh Candy Minx, don't even get me started on Insulin...Diabetes is just too common these days.

Thanks for the great explanations (especially how long it takes for certain food groups to turn into sugar).

I rest my case on food...time to blog about sex again LOL--yes it is that time of the month :(

I have no problem if someone likes Thomas Kinkade, that is their taste, right. To each their own. But it fascinates me that he has a rapport and his audience looks for him. There is something there, perhaps the audience and collector of Kinkade is not intimidated. I think too many people feel like A-Lo

"it takes a very talented, a very intelligent to truly appreciate the nature of real art."

That is sad to me A-Lo because I feel it is the opposite, it takes being down to earth, openminded and comfortable like an old sofa, to appreciate and take the time to look at art. Enjoy or hate is not the issue with art, its taking the time to LOOK. Its all about feeling, looking and hopefully thinking a combination that is emotional and personal to us. And poof a chemical love affair...with art work.

Looking at art is like reading a story. Our original "readign" was following tracks of animals, then a different narrative of story. It should be in the artwork.

Kinkade is accessable, we have familiar objects, pretty colours, and lights and safe calm environment in his artwork. People like that.

But is Kinkade the only living artist out there with an interested audience?

Thanks for stopping by again!

some of tha best art is grafitti

I agree, d34d puppy. Obviously though I am from the camp of grafitti art so I am biased heh heh.

You know, I don't really agree with the comment about grafitti....I want to, I really do, but just about all the grafitti I see looks the frunkin same...paint your name on a train, but paint it using the same kind of stylized lettering as the next guy.....

Well, it's too broad a term or promise to say ALL grafitti art is good. It would be like saying all art in galleries is good. Of course it isn't.

Um, so instead of blankly saying all grafitti art is good, it might be wiseto acknowledge that first, there are all kinds of grafitti art and artists. A scratch of a name is not so inspiring to me...a train full like we might have seen in the 80's for a very brief moment in hisotry filling a train was awesome. Long gone.

The aspects that are "good" for me are also what puts me in the camp.

I love being outside, downtown and get a lot of my inspiration I feel I am essentially a street artist, and I feel street art is important. The vandalism is also important to me. It is a mistake to say it is only vandalism on the street, it includes vandalizing social norms, advertising, public images, etchis morals and traditions. Grafitti can also be defined as drawing with paint.

I think I share a tradition with" Latin vulgarity" graffit has always been in our streets since we had streets often made by citizens who rejected politics and society and social structure, and I share that rejection in my thinking and art work.

I agree mister anchovy that just the names practice can become tiresome, but that is perhaps the smallest population of graffitti artists out there. often it is a phase among kids with each other. Its not the long practice of graffitti from Greece Rome Italy and into today...