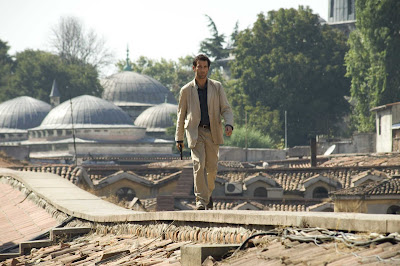 The International is one sexy film. See this movie if only for the locations and the architecture. Get into this movie because of the story and characters. And sets. The sets are awesome! 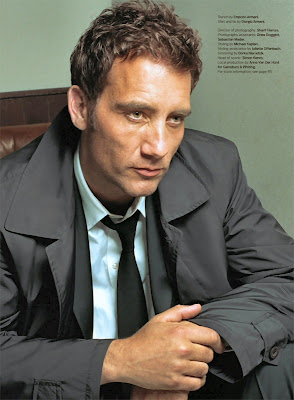 There's a lot I'd like to talk about in this movie but because it is a kind of spy movie, a lot is best left unsaid. Stagg's parents highly recommended this film. They have become our Ebert and Kael. Stagg's dad said he thinks President Obama and all his staff in D.C. should be forced to sit down and watch this movie. I related to his comment because that is how I felt about Syriana. This is a spy film but not with the pace of either the Bourne or Bond movies. This is more like Spy Game, Sneakers or Syriana. It is a police/international law procedural if you will. There is one of the BEST old school shoot outs I've seen in ages. Just fucking fantastic.

How great is Clive Owen!? I think this movie is cool partly because of the timing of the premise and topical events. The writer must have horseshoes up their ass because Clive Owen is in the middle of a massive banking investigation. The acting is solid and it is after all a Tom Tykwer film. I LOVE TYKWER! I will see all of his movies...and have so far. He seems to add dreamy deep characters even into an effort of mainstream film making. He's an artist making big movies. I've got the quirky Perfume on my dvd shelf and also Run Lola Run: which I may have seen 24 times. The dialogue seems to start out perhaps a little stilted, like David Lynch dialogue...but bear with it...the atmosphere and movement of the movie eventually comes to support the whole premise and the characters. I hope a viewer will stick with this film, it's super fucking cool! There's some bad ass lines in it too like "Theres what people want to hear, theres what people want to believe and then theres the truth". I had the same feeling at the end of this movie as I did for Syriana...like I couldn't believe the film makers weren't assassinated. The secret is out there again! If I owned a repertoire theatre...I would have those two movies as a double bill. Go be artsy and see The International. 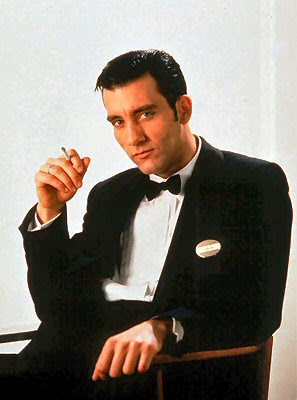 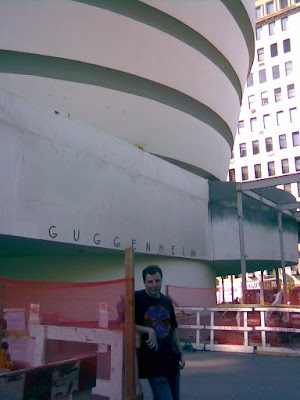 My own personal international man of mystery at "the Guggie" this summer. Maybe all our valuables are best kept in the mattress.

A different opinion: Orr at The New Republic didn't like the movie. Orr didn't like Clive Owen's other movies Elizabeth and Shoot Em Up which I loved.
Posted by Candy Minx at 08:28