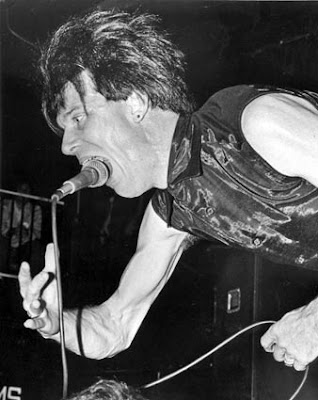 The world won't be the same without Lux. I am so so glad to have seen them play live. This is part of the music that changed my life. It feels like a part of my history has been ripped out of me. Some people just play music and that is great. Live music has a different dimension depending on the power of the performer...and some people play music and perform putting them in a whole other realm, The Cramps did rock and roll as the likes of other massive performers Johnny Cash, Bruce Springsteen, Bob Dylan, Marilyn Manson, James Brown, Garbage...as a transformative event.

The band became a staple of the late '70s Manhattan punk scene emerging from clubs such as Max's Kansas City and CBGB, and was one of the first acts to realize the potential of punk rock as theater and spectacle.

The Cramps recorded early singles at Sun Records with producer Alex Chilton of the band Big Star and had their first critical breakthrough on their debut EP "Gravest Hits."

The band's lack of a bassist and its antagonistic female guitarist quickly set it apart from its downtown peers and upended the traditional rock band sexual dynamic of the flamboyant, seductive female and the mysterious male guitarist. From Los Angeles Times 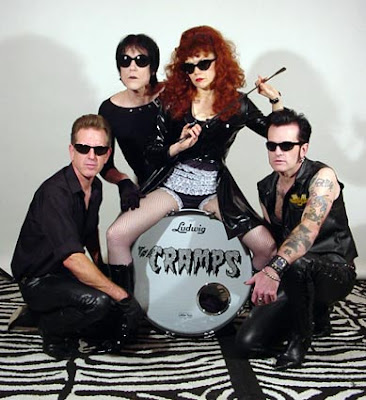 Lux Interior and Poison Ivy Rorschach were married for almost 40 years. They have one of the most romantic longevity rock and roll relationships peered with John and Yoko, Johnny and June, Patti and Fred, Bruce and Patty...

The Cramps had some of the best song titles:

Bikini Girls with Machine Guns
Can Your Pussy Do The Dog?
What's Inside A Girl
Ultra Twist
Goo Goo MUck
I Was A Teenage Werewolf

Wow, I haven't thought about the Cramps in a long time. They used to be a staple at house parties back in the day. Sludgeabilly!

Another hero bites the dust.