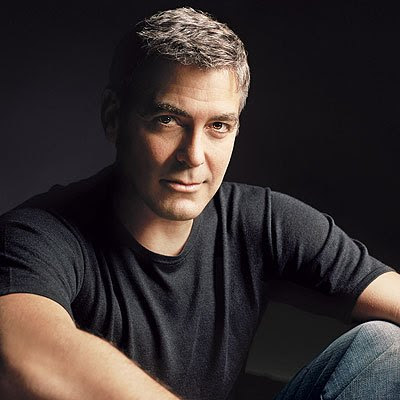 How do we live? I love movies that go deep into this question. I love novels that do this too. Stories that bravely engage us in how we live. How do we treat people? How do we treat ourselves?

We have a lot of news stories about rotten priests, cheating cops, responsible parents who go mad in Vegas, and George Clooney is working with such characters in several of his films that contain a character that was previously familiar to us in film noir. Film noir exercises it's major exploration with characters who are both good and bad. They live outside the norms of society, loners, angry cynical folks who find a way to make choices that keep them outside emotional communities and responsibilities. Their alienation and existential ethics become the way they solve problems. Geroge Clooney has made master works in several films of such people.

Up In The Air is a comedy-drama that has a film noir main character. George Clooney plays a man who has made his life so pure of purpose and application who practices an ethic code of his own making and he is fascinating. Clooney has two other characters like this in his history. Both his Syrianna and Michael Clayton characters seem to live a monks existence.

We often forget that without the hard work of people who decide to not get married, not to put a career and materialistic wealth as their main focus in life...our society would fall apart. Nuns and priests are good examples of such a framework. Sure those news stories of corrupt perverted priests get all the main coverage. But the basic population of nuns and priests keep our cities functioning in ways we don't always remember. They give extra time to help our kids learn music and sports. They help our homeless people. They schedule thousands of hours of our social and spiritual lives. They do these valuable things and buffer the rest of us who do not put helping others as a priority because we just don't have time to work so hard and buy the things we want and take care of these other valuable aspects of our culture.

Up In The Air is so interesting because here is a person who has made sacrifices a monk or nun has made, he serves the community and fills in a gap almost no one else wants to fill. The three characters he portrays in Syrianna, Michael Clayton and Up In The Air all have the qualities that we enjoy in a film noir protagonist. Looking at the styles and genres that film noir has taken since the 1940's it is so cool to see these kinds of alienated, loner, mavericks now played within corporate institutions and how well Clooney has honed in on these characters who have eked out a life by trying to maintain a removed but ethically comfortable life. All three of these movies explore what challenges happen when we find no room to live if we don't want to live like everybody else.

I highly recommend Up In The Air. The story, cinematography and themes are excellent, deep and well explored. It's a very funny and emotionally satisfying movie while touching on sacrifice and tragedy. If George Clooney was Humphrey Bogart he would stand in front of a mirror and say "This could be the beginning of a beautiful friendship". George Clooney is the cool mans new age monk.

You liked this stinker? I'm shocked and I gather you didn't read what I had to say about it AND the damn book which I STILL haven't finished. Still love ya but your taste is in question these days combat boot gal!

Say what you will, I would watch this movie just to stare at Clooney for a few hours :)
Thanks for the review, Candy.

Ink, Apparently you haven't seen "Synedoche"...now THAT is a stinker! :) And I have never been interested in "taste"...either good or bad. I just like good thoughtful stories and interesting characters. And, different strokes for different folks.

hey...even I can stare at Clooney for hours

Ummmm - I'm sorry - were you saying something? Mr. Clooney's photo is like the Mona Lisa - his eyes are following me wherever I go. Hey. A girl can dream, right?