Double Dog Dare And They Did 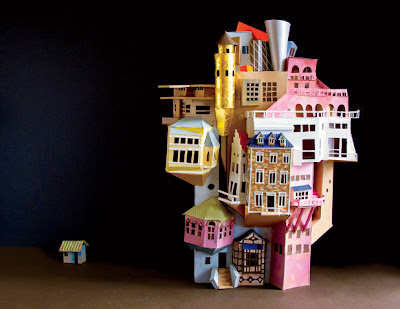 "Americans have been watching protests against oppressive regimes that concentrate massive wealth in the hands of an elite few. Yet in our own democracy, 1 percent of the people take nearly a quarter of the nation’s income—an inequality even the wealthy will come to regret.

It’s no use pretending that what has obviously happened has not in fact happened. The upper 1 percent of Americans are now taking in nearly a quarter of the nation’s income every year. In terms of wealth rather than income, the top 1 percent control 40 percent. Their lot in life has improved considerably. Twenty-five years ago, the corresponding figures were 12 percent and 33 percent. One response might be to celebrate the ingenuity and drive that brought good fortune to these people, and to contend that a rising tide lifts all boats. That response would be misguided. While the top 1 percent have seen their incomes rise 18 percent over the past decade, those in the middle have actually seen their incomes fall. For men with only high-school degrees, the decline has been precipitous—12 percent in the last quarter-century alone. All the growth in recent decades—and more—has gone to those at the top. In terms of income equality, America lags behind any country in the old, ossified Europe that President George W. Bush used to deride. Among our closest counterparts are Russia with its oligarchs and Iran. While many of the old centers of inequality in Latin America, such as Brazil, have been striving in recent years, rather successfully, to improve the plight of the poor and reduce gaps in income, America has allowed inequality to grow." From article in Vanity Fair...to read complete essay here
Posted by Candy Minx at 16:30

The massive inequity between the wealthy and the not wealthy is the biggest challenge facing our society at the moment I feel. And one we are seemingly largely all ignoring.

The last labour govt here had a plan to get all children out of poverty in so many years, ever time they recounted it the problem was worse not better. One reason the measure of poverty was relative to the average wealth/income and that was continuing to rise, but if you excluded the very top earners etc. the problem was dramatically better... showing how much the mega rich make the difference.

A couple here won £110 million (approx) on the lottery - they are about 750th on the UK rich list. Just think of that - you can't comprehend that amount. I think it simply obscene that is a lottery prize - how much could be done with that money for under privileged people etc.

Sooner or later this system will simply fail in someway I think... maybe the occupations and the crumbling of Greece is the start of that, I don't know. But somewhere some point we have to restore a better balance some how.