I am making a third Plato's Spindle. The theme just keeps on giving! The first one I did I gave to Jill and Scott a couple of holidays ago. I made it in 2002. A lot of people find it grating and really ugly...I must get a picture of it...but I think it's just ugly enough! I am going to take some photos of this third Plato's Spindle as I work on it. The second version is in my photo album link. One of the reasons I love the metaphor of Plato's Spindle is because it may represent a knowledge of the planets and sun, and precession before Copernicus and Galileo came along, ha ha! 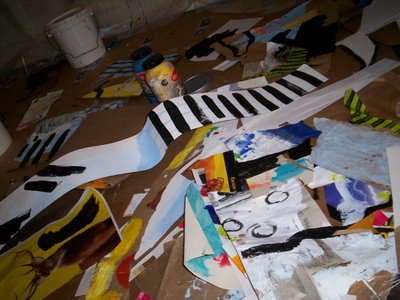 This pile of stuff on my work floor is off cuts of other paintings. I keep all the shapes and extra edges from other paintings, like the battleship I made for Mr Anchovy and Tuffy P, and just keep using them layer after layer on future paintings. I think Stagg is jealous of my yummy collage pile here! I am going to use paper grocery bags as a base/canvas once again. Love brown paper! 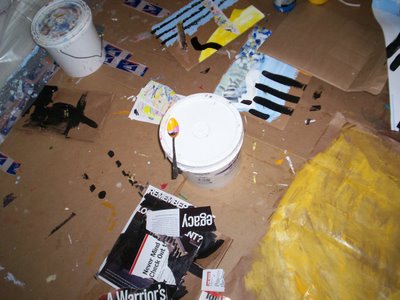 Well, I like to mix it up and surprise myself, so I've got one of the bags here on the floor and I threw orange paint on it. Been cutting some photos and colours, odds and ends from magazines. 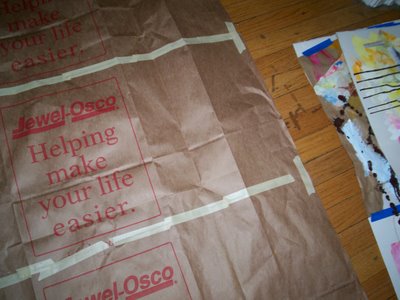 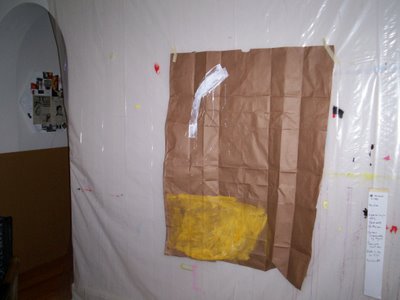 So now I am going to try to stretch some of these paper grocery bags...with some of the stuff that was on the floor, and magazine clippings. Lots of watery paint, some white, some clear. I'll be taping it down with masking tape as I go. 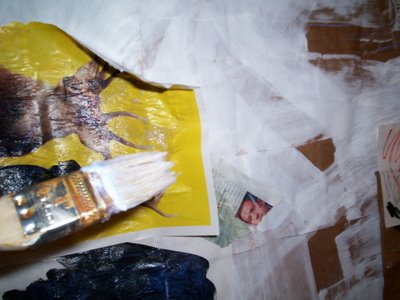 Okay, so we use a lot of glue around here. We have a gallon of Bondex on the go all the time, which is an acrylic gel medium, nice and shiny! 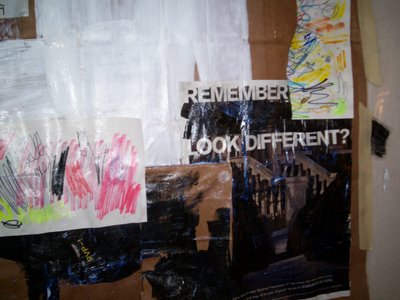 Some of the magazine stuff I have been cutting up. 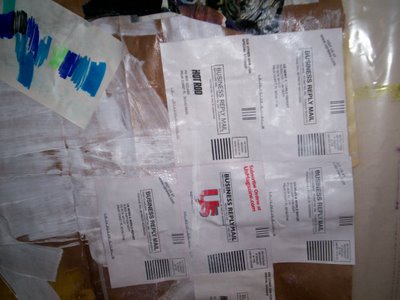 I love these business reply cards from magazines. I used to find them annoying, but now they make great collage material. Basically, I'm making home-made paper by the time I finish gluing. 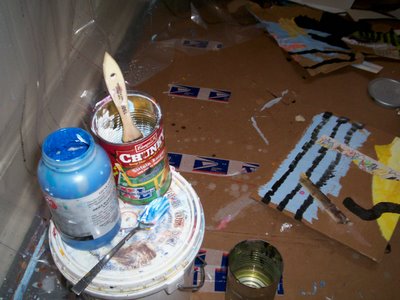 Mix up some sky colours. 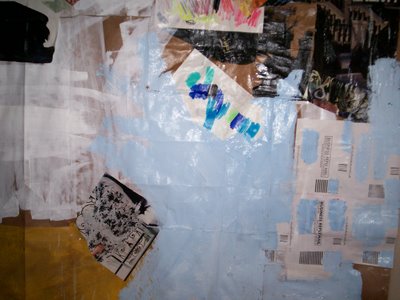 Knock in some blue sky. It's all about the sky and the stars connected to people on the earth. Migrating Turtles use the stars to navigate, just like we do. Stars=GODS.Birds and fish. 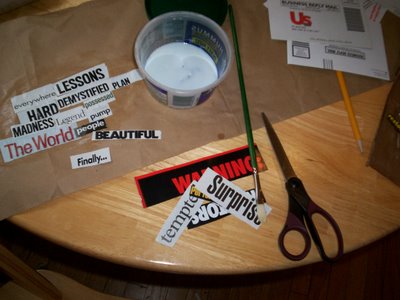 I collect clusters of words... 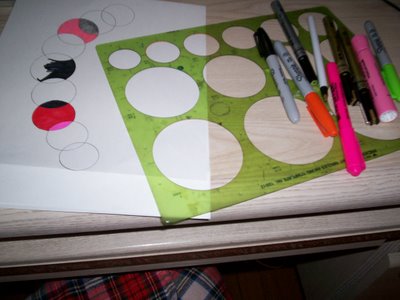 I love circles...circles for Plato! 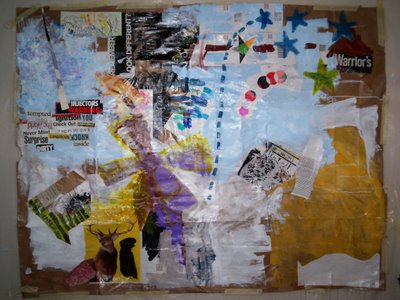 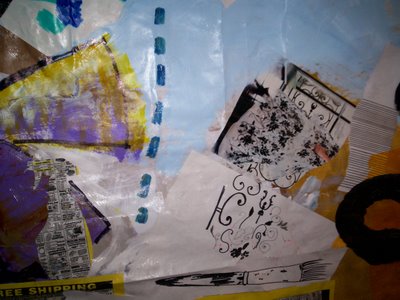 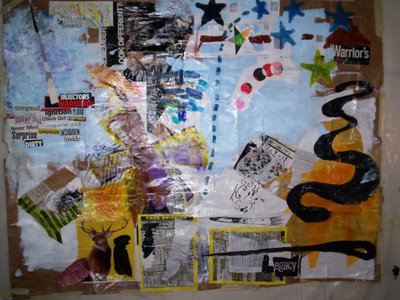 
All thanks to Mr Anderson for helping with my profits and making my fifth withdrawal possible. I'm here to share an amazing life changing opportunity with you. its called Bitcoin / Forex trading options. it is a highly lucrative business which can earn you as much as $2,570 in a week from an initial investment of just $200. I am living proof of this great business opportunity. If anyone is interested in trading on bitcoin or any cryptocurrency and want a successful trade without losing notify Mr Anderson now.Whatsapp: (+447883246472 )
Email: tdameritrade077@gmail.com