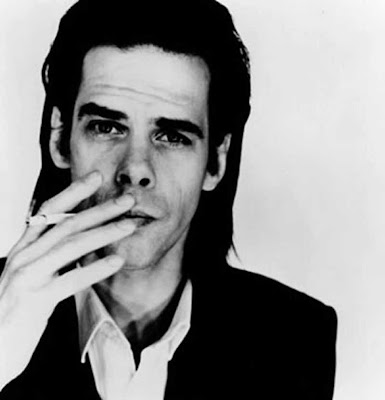 I love it it when a crossover between artists appears in science, music, education, awards shows or other media like movies.

For me, it is this kind of consilience between branches of study or professions that helps audiences open their minds to the meeting between crafts, technology, mixed medias. music and visual arts.

Singer/songwriter Nick Cave will announce this year's Turner Prize winner.
The Bad Seeds frontman follows in the footsteps of Madonna and actor Dennis Hopper in presenting the contemporary art award.

Nick Cave is a great example of consilience and public image because he has written a novel, has written an excellent screenplay (for The Proposition) and he has written the soundtrack for film adaptation of Cormac McCArthy's novel, The Road.

I hope Nick Cave can introduce contemporary art to just a few new people...even one person becoming interested or open minded about visual arts is exciting to me. 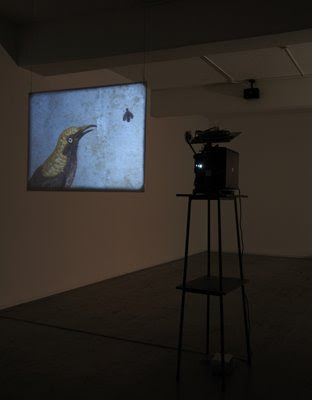 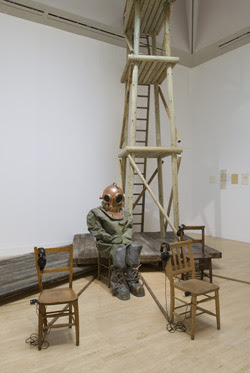 Thanks to A Blow About Nowt for the heads up!

Cool art though.. I like the bottom photo. That is neat how they got that to look. I want to say a livingroom of some sorts way back when maybe. That is the nice thing about art is you can see it as you want and not as its suppose to be..