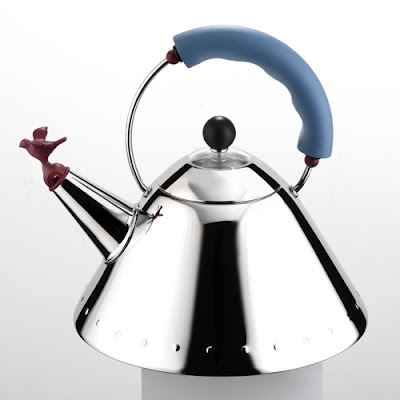 1) Micahel Graves Kettle might be one of the most definitive designs or motifs from the 1990's but he was associated with an architectural movement in the 1980's, the Memphis Group.

2) Named after the Bob Dylan song Stuck Inside of Mobile with the Memphis Blues Again, the movement was a reaction against the post-Bauhaus "black box" designs of the 1970s and had a sense of humour that was lacking at the time in design.
Ettore Sottsass, called Memphis design the "New International Style". 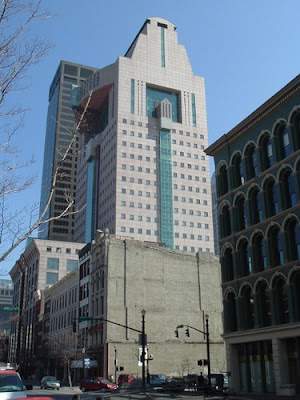 4) Postmodern architecture was an international style whose first examples are generally cited as being from the 1950s, and which continues to influence present-day architecture. 5) Postmodernity in architecture is generally thought to be heralded by the return of "wit, ornament and reference" to architecture in response to the formalism of the International Style of modernism. As with many cultural movements, some of postmodernism's most pronounced and visible ideas can be seen in architecture. 6) The functional and formalized shapes and spaces of the modernist movement are replaced by unapologetically diverse aesthetics: styles collide, form is adopted for its own sake, and new ways of viewing familiar styles and space abound. 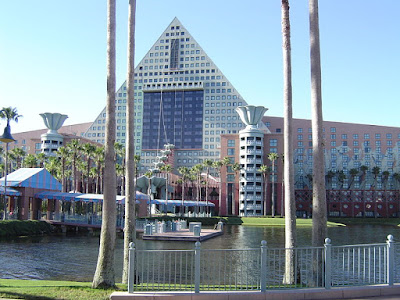 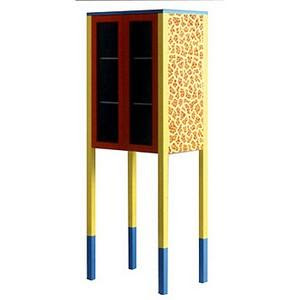 9) The cabinet shown here is a good example of the "Memphis Group" design...by George Sowden 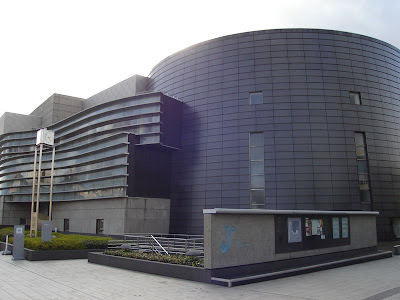 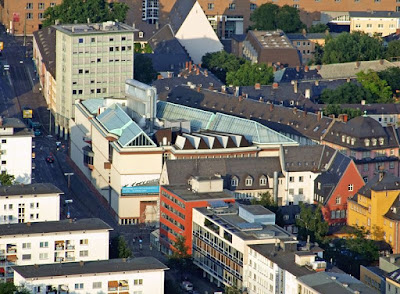 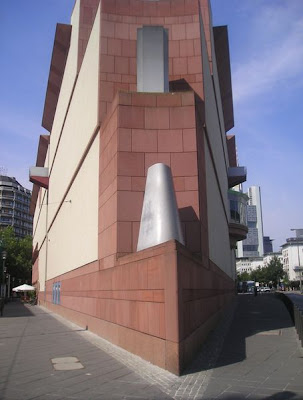 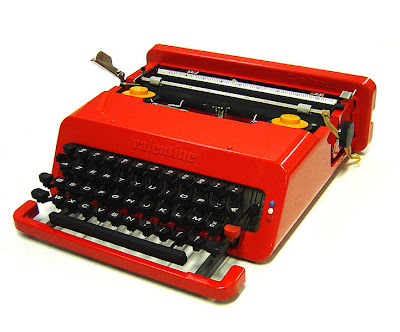 12) Ettore Sottsass designed the tyoewriter above in 1969, for Olivetti.

13) Sottsass described Memphis in a 1986 Chicago Tribune article: "Memphis is like a very strong drug. You cannot take too much. I don't think anyone should put only Memphis around: It's like eating only cake."

Thursday Thirteen is a blogging activity encouraging bloggers to get to know each other through list-making.

Hey I miss my typerwriter sometimes. I still have it but have to get some ribbon for it instead of typing on the computer all the time. My dad and aunt dont have computers so I have to write and I hate hand writing my letters.. LOL.. I am spoiled since we got the internet.

ohhh give me the good old days of architecture!

whoa the reverberations of art on art are endless squared

my tt is in honor of banned book week. a concept that sends shivers from scalp to sole.

I don't think I've ever seen a red typewriter until now. At least I haven't seen one that bright red. I like it though.

What a great TT list! I know next to nothing about architecture other than knowing when I like what I see, and there was much here to love. I also didn't know the connection to Bob Dylan. Very cool!

What an interesting variety of things to all be connected to Bob Dylan's song. I definitely don't blame them for reacting against Bauhaus, which is just so sterile and depressing.

wow. I can't imagine having that kind of influence. Thanks so much for sharing it!

so wonderfully interesting - especially when I find out my favorite music artist has influenced design as well - - this is the second thing I've read that has awakened me to artistic influence that creates another .....

Great list...I love the pics and the typewriter. Happy TT and thanks for stopping by:)

i love this thursday thirteen! thanks for sharing :)

and i'm SO sorry i haven't commented in so long! your blog won't work at my office, and work seems to be where i do the most blogging lately. i hope you're well though! i always love stopping by and seeing what new and interesting things you've discovered :)