I Am Shiva The God Of Death 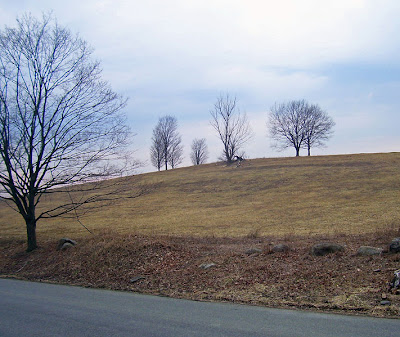 Michael Clayton is one of those movies that as soon as it was over I wanted to stay in the theatre and watch the whole thing again.

A movie like that seems to happen for all kinds of reasons, maybe independant of plot, atmosphere or action but it is often, for me, because of some reinventing or pushing those things that a movie might make me want to see it again right away. The Usual Suspects, Indiana Jones, Klute, The Cotton Club, Total Recall, The Terminator, Tootsie, Groundhog Day and The Matrix are all movies I stayed in my seat for another showing or went back the next day. All for different reasons. Michael Clayton isn't a big fast plot twist movie but it had me so tense I was like that guy in the horror film screentalking "don't go in the basement!". I was as frightened in this movie as any slasher film.

Yet...this movie was slow. Languidly filmed exploring of the human face and sparse outdoor landscapes. A contrast between interiors soft and warm with corporate stark areas seemed to add to my sense of suspense. George Clooney plays a salvage operator for a huge law firm working in the void between law and order. His family has it's corruptions: he is loyal and resentful. His family mirrors the ingroup/loyalty of the corporate litigation legal complex where Clooney moves like a spirit in the machine. The mise en scene is stark for much of the movie. There is little space and the actors seem to be able to speak without oxygen as there are feelings of congestion and stifling. Fantastic. We follow the characters and yearn to watch their faces as they move in board rooms, huge empty parking lots, hotel bars, cold designer cars. An early scene touched me because a tv is turned off to snow at the same time a character is on the phone asking "how much snow fell in Detroit" and the motif of snow falling, fuzz and corruption seems to be recurring.

I felt so much for the dynamics in Michale Claytons' family. The human heart is wandering through an ethereal snow. How do we bring into focus our ethics in a blur of corruption and temptation? Clooney as Clayton does so at a high cost to his ego. I loved his son who adds a layer of gallantry to this warrior story. Clayton's son is immersed in a role playing game and the movie carries subtley the images of boys sword fighting, tapestries (traditionally associated with quest romances?) navajo spirit work, vision quests and heroes fighting through a book called "Realm and Conquest" but not over the top remindig us of good versus evil.

There are so many little details that made this a movie to see again including the magical Tilda Swinton. She is one of the most fascinating people in the world, and I'm glad she got an Oscar for this role. I hope she gets a lot more work. She is always "memorizing her lines" to project a corporate ice queen in total control. We hear voice overs and see flashbacks throughout the story with her...one is perfect. Her voice is saying "the package you have in front of you" while discussing a settlement litigation case the edit takes us to her in front of a mirror...working on her own self package. We also see her gently rubbing something off her suit. (hard not to think of "out spot out!")

This movie gave me hope that maybe there are still heroes in the world. Do we all have the power of life or death by seeing through the blur of contemporary life that blinds us to corruption?

The writer/director is someone to continue watch for...after writing the crazy excellent story for Jason Bourne, it's amazing he could change pace and direct this suspense story in such a different style and flavour. I'll be watching for Tony Gilroy's next movies for sure. And of course, Tom Wilkinson continues to blow all stereotypes of what an actor can do or look like, he rocks my world. Pure alchemy all around. 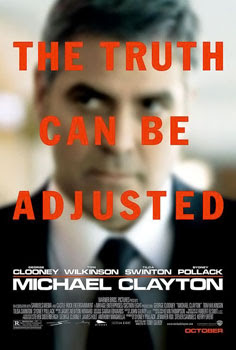 It does seem to be the sort of film I would like, and seeing some of the other films you've listed as enjoying, I think it's certainly one I'll watch...

We both thought this one was excellent too.

Tony Gilroy, eh? I think Michael Clayton is in the lineup on our Pay Per View here - I do believe I may plan a "pile up in bed and movie" night tomorrow night - I've loved the Bourne movies - interesting to me that youngest grandson wants to watch them over and over too - he's becoming quite an action movie fan - but anyway I'm curious now to see the Michael Clayton movie..

Mister Anchovy, I was trying to see if you had a review on your blog.

Gardenia, this should already be in your pay tv cable...do you have the movie channels?