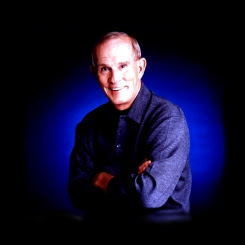 “It’s hard for me to stay silent when I keep hearing that peace is only attainable through war. And there’s nothing more scary than watching ignorance in action,” he said, dedicating his award to “all people who feel compelled to speak out, and are not afraid to speak to power, and won’t shut up and refuse to be silenced.” Tommy Smothers

Steve Martin presented a commemorative emmy award for writing to Tommy Smothers. It was a great moment .Smothers had insisted he not be listed as a writer (keep focus on the staff) back in the 60's when Martin wrote for their tv show...the show won an Emmy and Tommy Smothers didn't get one.

Tom Smothers played guitar on John Lennon's recording of his single "Give Peace a Chance".

Don Rickles Documentary got an Emmy Award...and happily so did Don Rickles. This documentary Mr. Warmth is really fantastic.
Posted by Candy Minx at 22:57

I had heard that Don had won an Emmy, but I didn't know about Tommy Smothers. I only caught portions of the Emmy telecast last night (I was going back and forth between it and Sunday Night Football). Both men are more than deserving.